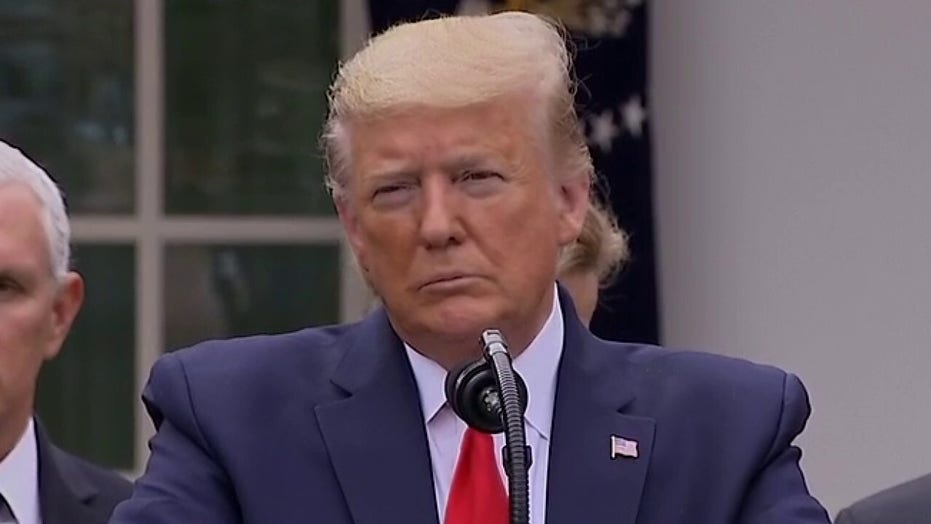 President Trump says he will 'most likely' be tested for coronavirus

President Trump addresses the media during coronavirus news conference from the White House.

President Trump said Friday he will “most likely” be tested for coronavirus “fairly soon,” after having been in contact with several individuals who have self-quarantined, or tested positive, for the virus.

He made the comments during a Rose Garden press conference where he declared a national emergency over the coronavirus outbreak and announced partnerships with major U.S. companies to expand testing capabilities.

Trump's announcement Friday also comes amid conflicting reports over whether another person who came in contact with Trump in recent days—Brazil’s President Jair Bolsonaro—tested positive.

The president, decisively, told reporters that he does not have any symptoms of coronavirus, or COVID-19.

Earlier this week, several Republican lawmakers went into self-quarantine, after an attendee of the Conservative Political Action Conference on Feb. 26 to Feb. 29 notified CPAC organizers that he had tested positive.

Trump, though, had direct contact with Rep. Doug Collins on a trip last Friday to the Centers for Disease Control and Prevention (CDC) in Atlanta, and Rep. Matt Gaetz traveled on Air Force One on Monday. Both are in self-quarantine.

On Friday, amid the reports about his father, Bolsonaro’s son Eduardo told Fox News his father tested negative for coronavirus, contradicting earlier reports that the South American leader had tested positive.

Bolsonaro had been tested after one of his deputies, who was also in attendance at the Florida resort, was diagnosed with COVID-19: Fabio Wajngarten, the communications secretary for the 64-year-old Brazilian leader who had traveled to Miami for the meeting as well, showed flu-like symptoms and tested positive for the virus early Wednesday. 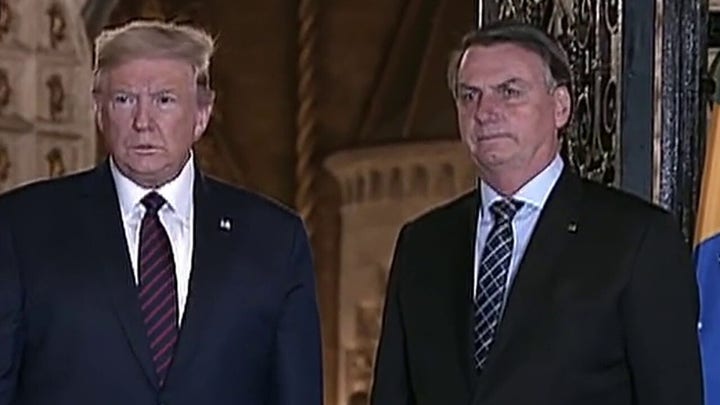 Reports out of Brazil had initially indicated Bolsonaro had tested positive, and his son appeared to confirm this to Fox News earlier Friday, adding that further testing was being done to confirm the diagnosis and the second set of testing was expected later in the day.  However, in a subsequent appearance on "America's Newsroom," Eduardo denied his father had ever tested positive.

He denied his father was showing any symptoms. “He is okay,” he confirmed.

The confusion surrounding the results came just days after Bolsonaro met with Trump at the U.S. leader's Florida home, Mar-a-Lago.

The developments also came after Peter Dutton, Australia's minister for home affairs, tested positive after traveling back from Washington D.C., where he met Attorney General William Barr and Ivanka Trump.