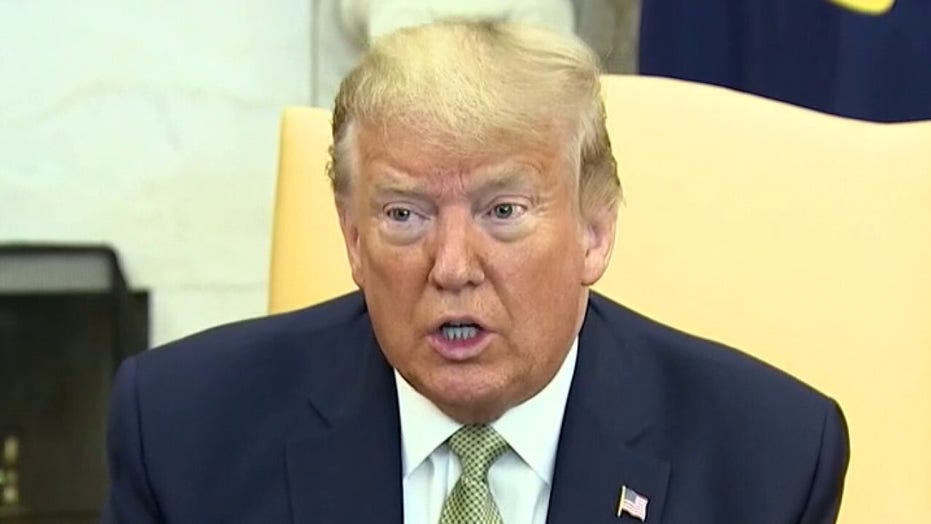 President Trump on Friday doubled down on calls for a payroll tax cut through the end of the year, arguing the move could be “really meaningful” and help to stabilize the economy amid the coronavirus outbreak.

“If you want to get money into the hands of people quickly & efficiently, let them have the full money that they earned, APPROVE A PAYROLL TAX CUT until the end of the year, December 31. Then you are doing something that is really meaningful. Only that will make a big difference!” Trump tweeted Friday morning.

Trump first floated the idea of temporarily nixing the payroll tax earlier this week. The president proposed slashing the tax for both employers and employees from 14.4 percent to zero. He also mentioned moves to aid small businesses and help hourly workers who might become sick.

Sources even told Fox News that Trump would like to eventually make the payroll tax cut permanent and fund Social Security, Medicare and unemployment insurance from general revenues — moves that could further swell the deficit. Democrats have pushed back on these calls as lawmakers craft new legislation.

Meanwhile, the president also called for the Federal Reserve to lower rates, and blasted Chairman Jerome Powell along the way.

“The Federal Reserve must FINALLY lower the Fed Rate to something comparable to their competitor Central Banks. Jay Powell and group are putting us at a decided economic & physiological disadvantage. Should never have been this way. Also, STIMULATE!” Trump tweeted.

The World Health Organization designated the outbreak a global pandemic on Wednesday.

That night, during an Oval Office address to the nation, President Trump announced a temporary halt on air travel to the United States from Europe, excluding flights from the United Kingdom and those carrying cargo, in an effort to contain the spread of the virus.

“The virus will not have a chance against us,” Trump said Wednesday. “No nation is more prepared, or more resilient.”

The president appointed Vice President Pence to lead the Coronavirus Task Force, which has been providing daily press briefings and sharing information on the Trump administration’s new measures to combat the spread of COVID-19 across the nation.

On Tuesday, Pence announced that insurance companies agreed to waive all co-pays on coronavirus testing and treatment amid the threat. Pence also announced that more than 4 million tests would be disbursed across the country by the end of the week.

TRUMP: 'CORONAVIRUS DOES NOT CARE WHAT PARTY YOU ARE IN'

As of Friday morning, there were more than 1,600 cases of coronavirus in the United States, in 47 states, including Washington, D.C. The U.S. has, so far, seen 41 coronavirus-related deaths.

The vast majority of people recover from the new virus. According to the WHO, people with mild illness recover in about two weeks, while those with more severe illness may take three to six weeks to recover.