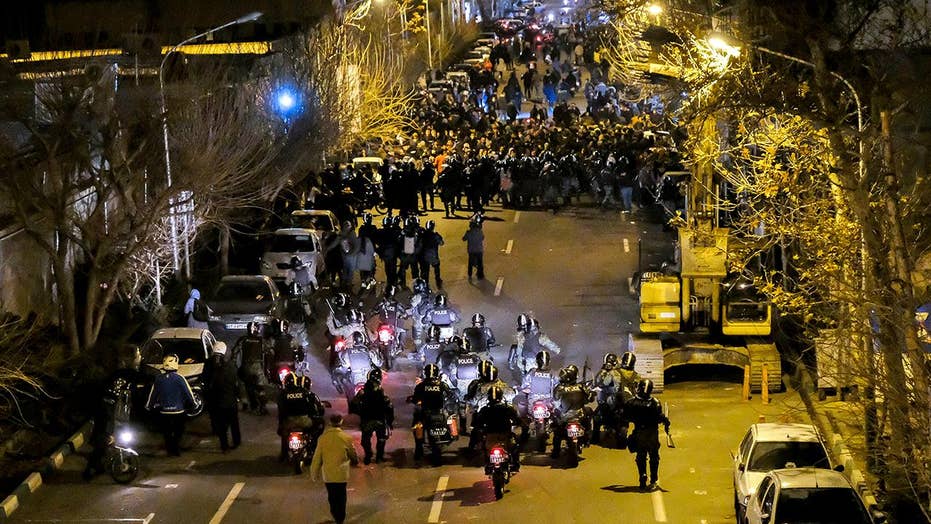 Iran appears to use live ammunition on protesting crowds

Rich Edson reports from the State Department on the new images being taken from the protests against the regime in Iran.

President Trump retweeted a photoshopped image depicting House Speaker Nancy Pelosi and Senate Minority Leader Chuck Schumer in Muslim headwear with a backdrop of the Iranian flag, in the midst of a Monday morning Twitter spree in which he shared a number of posts accusing Democratic leadership of supporting the Iranian government.

The president's political opponents have blasted him for ordering the drone strike against Iranian Gen. Qassem Soleimani, who has been linked to numerous attacks on American forces and more. Meanwhile, they largely have remained silent as the Iranian people have staged massive protests against their leaders, in the wake of the government shooting down a passenger plane and initially denying it.

UK AMBASSADOR TO UN ECHOES TRUMP'S WARNING TO IRAN: 'EVERYONE IS WATCHING'

"The corrupted Dems trying their best to come to the Ayatollah's rescue," said the original tweet from user @D0wn_Under.

Trump later summed up his views on the matter, stating, "The Democrats and the Fake News are trying to make terrorist Soleimani into a wonderful guy, only because I did what should have been done for 20 years."

Other Republicans, though, have faced a stiff backlash for going too far in their condemnation of Democrats' comments on Iran.

House Judiciary Committee ranking member Rep. Doug Collins, R-Ga., apologized for asserting that Democrats are "in love with terrorists," following the introduction of a War Powers Resolution in the House meant to curb Trump's ability to take military action.

Schumer later responded with a tweet of his own, directed both at Trump and the GOP as a whole.

"President Trump: How low can you go? Republicans: How long can you cover up for and defend the president's actions?" Schumer asked.

White House press secretary Stephanie Grisham addressed the matter on Fox News on Monday afternoon, after being shown some of the backlash, specifically a tweet from Libyan-American writer and activist Hend Amry. 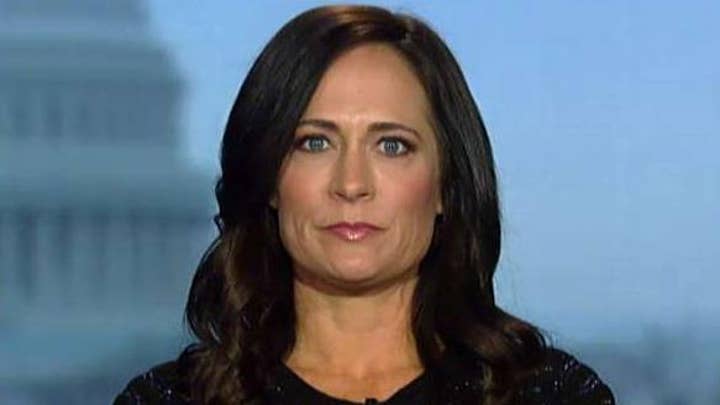 "Why the actual hell is the president of the United States using the way I and millions of other Americans dress and the religious beliefs that We hold as a slur," Amry asked. "This absolutely must be condemned by congressional lawmakers on both sides of the aisle."

Grisham focused less on the image that Trump tweeted and more on the sentiment behind it.

"I think the president is making clear that the Democrats are — have been parroting Iranian talking points and almost taking the side of terrorists and those who were out to kill the Americans," she said. "I think the president was making the point that Democrats seem to hate him so much that they’re willing to be on the side of countries and leadership of countries who want to kill Americans."