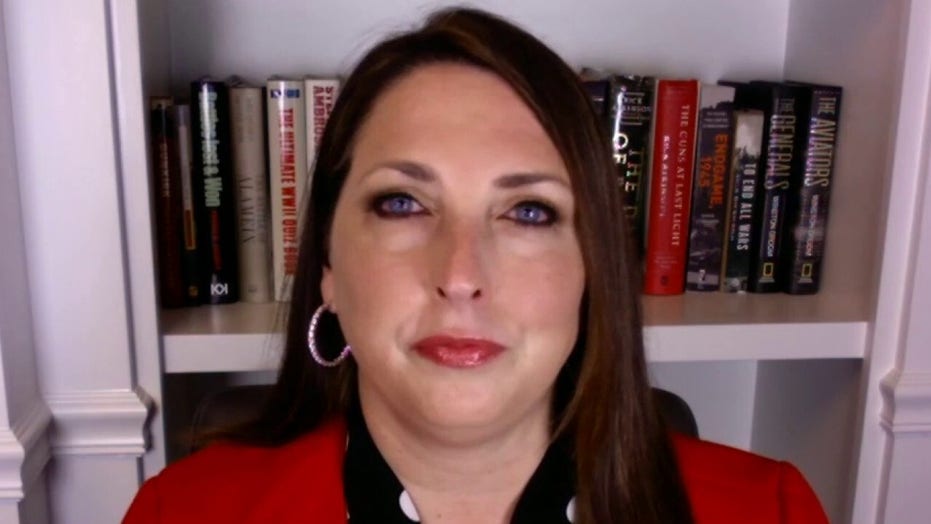 The Republican National Committee (RNC) announced on Monday that it and President Trump’s reelection campaign are hiring 300 additional staffers – which officials say will bring the combined resources of the Trump Victory field staff to 1,500 by Wednesday.

The RNC touts that the Trump Victory field operation is 50 percent bigger than what it sported four years ago in the 2016 election. And it highlights that its 1,500-strong field staff is more than double the 600 that presumptive Democratic presidential Joe Biden’s campaign said they’d have in place by the end of June in the key general election battleground states. The mission of campaign field staffers is to turn out voters for their candidate and their party.

Pointing to the expansion, RNC Chairwoman Ronna McDaniel spotlighted that the former vice president "faces a vast behemoth of an operation that no amount of last-minute investments parachuted in will be able to overcome.”

The RNC chair also noted that while the Biden campaign has been expanding their general election operation in recent months – after clinching the Democratic presidential nomination – “Trump Victory has been on the ground developing relationships with voters and honing our infrastructure for years.”

And in an appearance on “Fox & Friends,” McDaniel said that “we’ve been building up our ground game for the past year. We’ve had people in all of these battleground states. We have the highest staff that we’ve ever had and we’ve activated over a million volunteers.”

The RNC said the new hires will be focused in the presidential battleground states, as well as states like New York, New Jersey and Illinois, where the GOP is hoping to flip Democratic-held House seats in an attempt to win back the majority in the chamber the party lost in the 2018 midterms.

Field staffers alone don’t win elections. Four years ago Trump and the RNC had a smaller staff size than Democratic nominee Hillary Clinton and the Democratic National Committee (DNC). But in a close contest, they can have an impact on the election results.

The RNC noted that their “additional 7-figure hiring wave is funded by the RNC and made possible by the RNC-Trump campaign’s continued fundraising success.” With $295 million in their campaign coffers as of the end of June, the Trump campaign and the RNC had a large cash advantage over Biden and the DNC, even though they were edged out in monthly fundraising hauls in May and June.

The Biden campaign touts its recent fundraising success as “a true testament that the people are standing behind Joe Biden.”

Word of the Trump Victory expansion comes as President Trump continues to trail presumptive Democratic nominee Joe Biden in the most recent public opinion polls in many of the key battleground states, with just under four months to go until the November election. But the RNC boss joins the president in doubting those surveys.

“I really struggle with some of the mechanics behind these polls. This is not what we see at the RNC,” McDaniel said on “Fox & Friends.”