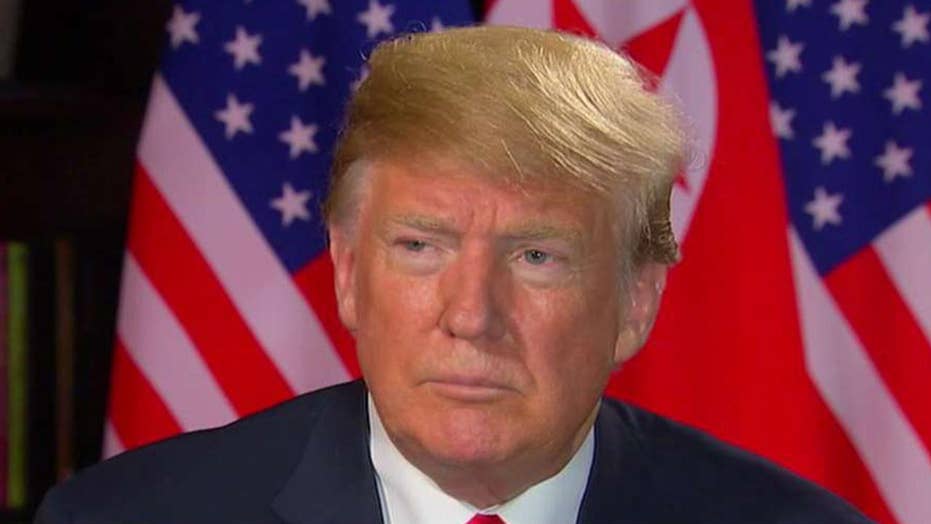 Trump: We want to denuclearize the entire peninsula

On 'Hannity,' President Trump takes Americans inside his meeting with Kim Jong Un.

President Trump, in an interview Tuesday with Fox News’ Sean Hannity, complimented North Korean leader Kim Jong Un after their Singapore summit as a “strong guy” and a “great negotiator,” and argued his once-fiery rhetoric directed toward Kim worked.

“He’s got a very good personality, he’s funny, and he’s very, very smart,” Trump said of Kim in the interview that aired Tuesday night. “He’s a great negotiator, and he’s a very strategic kind of a guy.”

The president said he and Kim “got along very well” from “the beginning” of the summit.

That’s in stark contrast to just a few months ago, when the president dismissively referred to Kim as “Little Rocket Man,” and warned North Korea that it “will be met with fire and the fury like the world has never seen” if it provoked the United States with its nuclear program.

But Trump told Hannity he thought his tough style paved the way for Tuesday’s summit. “I think without the rhetoric, we wouldn’t have been here,” Trump said. “I really believe that.”

Added Trump: “So, I think the rhetoric, I hated to do it. Sometimes I felt foolish doing it. But we had no choice. “

Hannity: The similarities between Reagan and Trump

“So, we’re not going to be doing the war games as long as we’re negotiating in good faith,” Trump said.

The joint declaration stated that the U.S. has committed to providing “security guarantees” to Pyongyang. Whether the unpredictable North Korean leader will follow through remains unclear, but Trump sounded optimistic as he left the summit.

“His country has to be denuked, and he understood that, he fully understood it,” Trump said. “He didn’t fight it.”

Trump also said in the interview he believed the North Korean leader would start to work toward dismantling his country’s nuclear program “virtually immediately.”

“We want to denuke the entire peninsula,” Trump said. 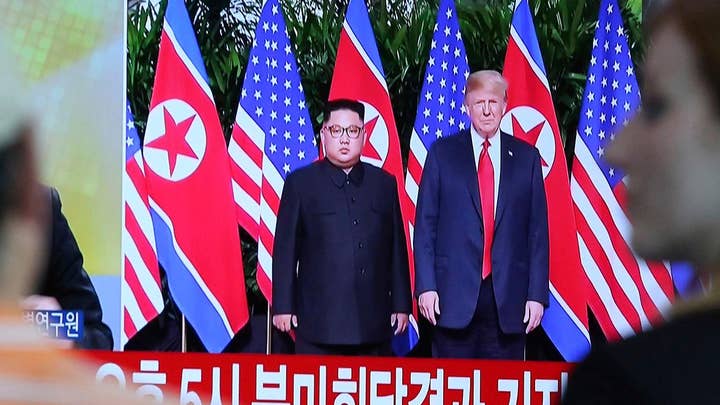 Trump also made a point to say American college student Otto Warmbier — who died last year after being imprisoned by the North Koreans for 15 months — “did not die in vain.”

Warmbier’s parents said Tuesday they were hopeful “something positive” would come from the summit.

“He was a great young man,” Trump said. “But I think without Otto, this whole thing wouldn’t have happened.”

The president also said it’s possible Kim will make a trip to Washington in the future.

“I think at the right time, he’ll absolutely be coming to the White House, yes,” he said.