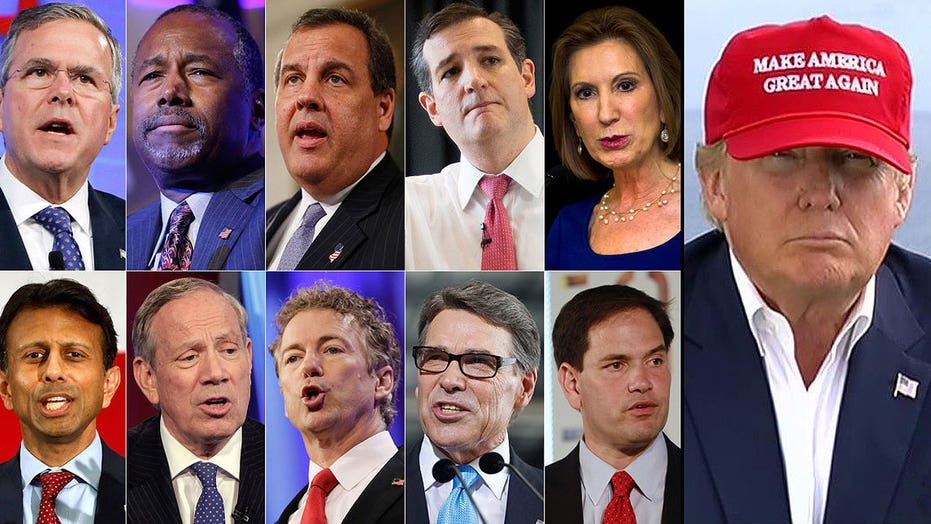 The comments, delivered aboard a retired World War II battleship in Los Angeles harbor, came on the eve of the second Republican presidential debate in nearby Simi Valley, where some of the billionaire businessman's GOP rivals are expected to challenge his fiery rhetoric on immigration.

"We have illegal immigrants that are treated better by far than our veterans," Trump declared, the USS Iowa's massive 16-inch guns behind him. "It's not going to happen anymore."

The Republican front-runner gave no details on how he would pay for an expansion in the armed forces -- or veterans' health care -- leaving his foreign policy agenda still mostly a blank slate.

He called for a military buildup so broad that no foe would challenge the U.S., as well as a new health care deal for veterans stuck on waiting lists in hospitals run by the Department of Veterans Affairs. In doing so, he again swiped at people who are in the country illegally, a refrain that has powered his campaign since the start.

Dozens of protesters gathered in the parking lot adjacent to the battleship, periodically chanting, "He's a racist."

Some of Trump's supporters were bothered by the tone of Trump's comments, even those who said they planned to vote for him.

"You have to careful about how you talk about the Latino population," said Craig Pahl, among dozens of veterans in a crowd of roughly 500 gathered on the ship's deck. "I have real mixed views on how he addresses that. ... Hispanics start thinking, `Wow, there are a lot of white prejudiced people out there."'

Trump excites with tough rhetoric, but he has so far has offered little in the way of detailed policies on national security or foreign policy.

He has also struggled to answer basic questions about key players in the Middle East and elsewhere. He acknowledged in a recent radio interview, for example, that he didn't know the difference between Hamas and Hezbollah, but said he'd become an expert on U.S. interests abroad by the time he becomes president.

"Do you want someone who appears to still be in grade school to be in charge of the nuclear arsenal?" Paul asked, speaking in a recent Associated Press interview.

On Tuesday evening, however, Trump insisted his skills on the international stage are superior to those of his Republican rivals.