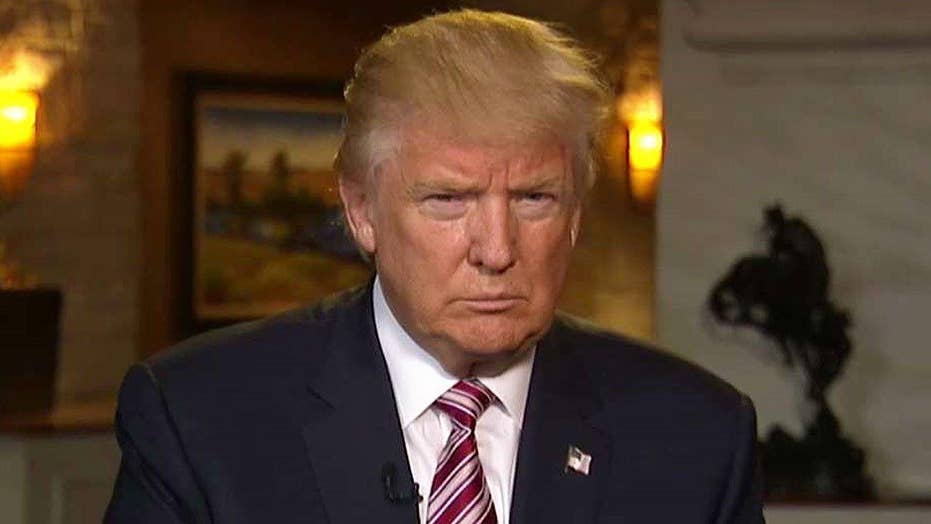 Republican presidential candidate Donald Trump lashed out again at members of his own party Tuesday night, saying he was "tired of nonsupport" from GOP leaders who distanced themselves from him after the emergence of lewd comments Trump made about women a decade ago.

"The fact is, I think we should get support and we don't get the support from guys like [House Speaker] Paul Ryan," Trump told Fox News' Bill O'Reilly on "The O'Reilly Factor."

Referring to a conference call Ryan held with lawmakers after the tape was made public this past Friday, Trump said, "This happens all the time. If you sneeze, he calls up and announces, 'Isn't that a terrible thing?' So look, I don't want his support, I don't care about his support."

In a series of tweets Tuesday morning, Trump referred to Ryan as "our very weak and ineffective leader" and accused the Speaker of "disloyalty."

For his part, Ryan told lawmakers on the conference call that he would no longer defend or campaign with Trump and said he would focus his efforts on helping Republicans hold the House this fall. However, unlike other top GOP figures, Ryan did not specifically withdraw his endorsement of Trump.

Trump also told O'Reilly that he should not have endorsed Sen. John McCain, R-Ariz. in the veteran senator's August primary. McCain withdrew his endorsement of Trump after the recording of the real estate mogul emerged.

"He was desperate to get my endorsement," Trump said. "I gave him the endorsement ... and frankly, he ran against a very good woman [former state Sen. Kelli Ward], I feel very badly I gave the endorsement."

Trump, who also described McCain as having "probably the dirtiest mouth in all the Senate," added that he "wouldn't want to be in a foxhole with these people, including Ryan. Especially Ryan."

The billionaire also downplayed the comments themselves, which he uttered during a conversation with then-"Access Hollywood" host Billy Bush in 2005 prior to a guest appearance on "Days of Our Lives."

As he did during Sunday's debate with Democratic nominee Hillary Clinton, Trump described the remarks as "locker room talk."

"Most people have heard it before," Trump said, "and I've had women come up to me and say, 'Boy, I've heard that and I've heard a lot worse than that over my life.'