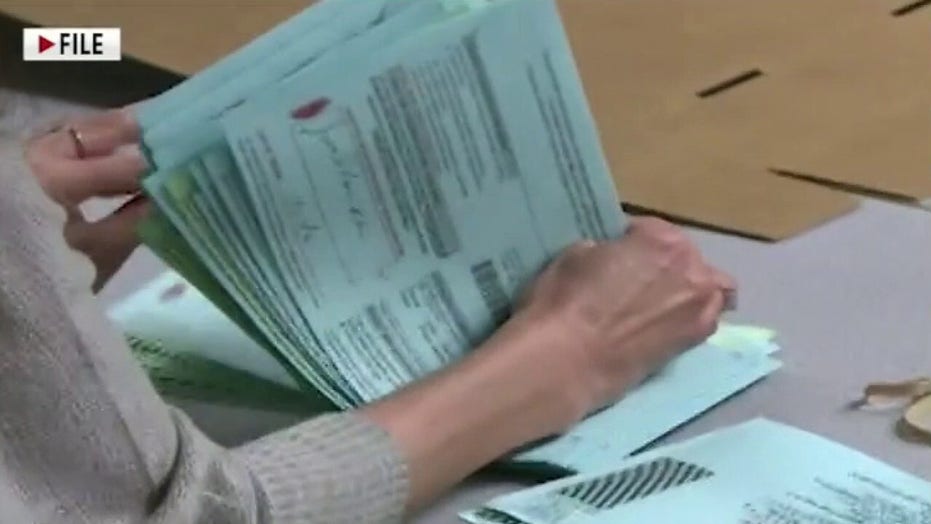 President Trump doubled down on his criticism of mail-in voting on Tuesday, warning that it would lead to the “most corrupt election” in U.S. history.

“Mail-In Voting, unless changed by the courts, will lead to the most CORRUPT ELECTION in our Nation’s History! #RIGGEDELECTION,” Trump tweeted Tuesday.

The president’s comments come after he warned during his sit-down interview with "Fox News Sunday" host Chris Wallace that mail-in voting would “rig the election.”

The president and Republicans have been warning about possible voter fraud connected to mail-in voting for months, while Democrats and the media have often pointed to a lack of evidence that mail-in voting, and absentee voting, lead to voter fraud.

Earlier this year, up to 800 ballots were disqualified in Paterson, N.J., after hundreds of ballots were found in the mail bundled together, despite a state law forbidding anyone from handling or sending more than three mail-in ballots together. Several individuals – including a councilman-elect – are now facing criminal charges for alleged election fraud. 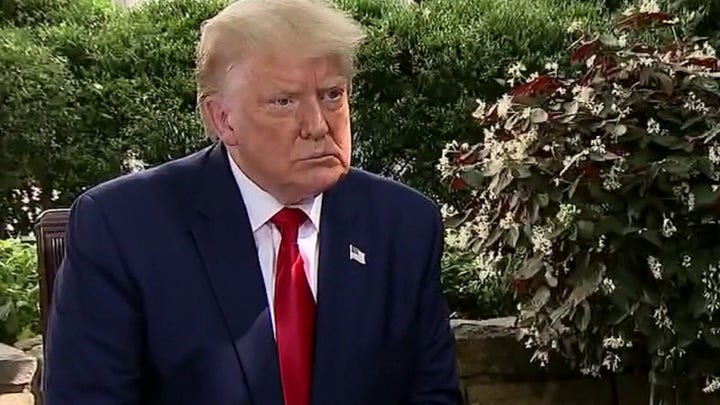 The president and the GOP have railed against recent attempts by Democrats to increase voting by mail; the RNC and the Trump reelection campaign have doubled their legal budget this year to hit back at efforts by Democrats to overhaul voting laws in response to the pandemic.

TRUMP CAMPAIGN SPOKESMAN: TRUMP IS SKEPTICAL OF ELECTION RESULTS BECAUSE DEMOCRATS HAVE 'A HISTORY OF CHEATING'

Meanwhile, Trump campaign national press secretary Hogan Gidley said Monday that the president has a right to be skeptical of election results, claiming Democrats have a “history of cheating.”

"The Democrats are pushing for universal mail-in voting, that is just fraught with all the types of possibility of cheating and the Democrats know it," Gidley told "The Story." "So they are bragging about a policy that could completely compromise the election, and then they are asking us to abide by those results. That’s ridiculous.”

Hogan said the Trump campaign "won't say right now that whatever happens, we are just going to say that's the way that it is, because we know now that Democrats have a history of cheating in elections and we will not let them cheat on this one."