President Trump, in the wake of Thursday's defeat at the Supreme Court in his efforts to repeal the Obama-era Deferred Action for Childhood Arrivals (DACA) program, called for new justices as conservatives took aim at Chief Justice John Roberts for what they called a “pattern” of siding with the liberal wing in key decisions.

He went on to promise that he will release a “new list of Conservative Supreme Court Justice nominees, which may include some, or many of those already on the list, by September 1, 2020.”

Trump’s call comes after the court ruled Thursday, in a 5-4 decision penned by Roberts, that his reversal of former President Barack Obama’s executive order –­ that shielded immigrants who came to the country illegally as children from deportation –­ was in violation of the Administrative Procedure Act (APA), which sets out rulemaking procedures for federal agencies.

While Democrats and immigration activists cheered the decision, conservatives fumed at the ruling, accusing the justices of preventing Trump from overturning what they have long seen as an illegal executive order. As the day went on, their ire turned to Roberts -- the Bush appointee who has a history of deciding outcomes favorable to liberals by siding with the liberal bloc.

It was Roberts who, by siding with the liberal wing and reinterpreting an individual mandate as a tax, allowed ObamaCare to be found constitutional in 2012. Last year, he joined with the wing again in shutting down Trump’s efforts to add a citizenship question to the census.

“Over recent years more and more Chief Justice Roberts has been playing games with the court to achieve the policy outcomes he desires,” Sen. Ted Cruz, R-Texas, said on the Senate floor, before citing past instances of what he called "sleight of hands" by Roberts, adding: "This is becoming a pattern." 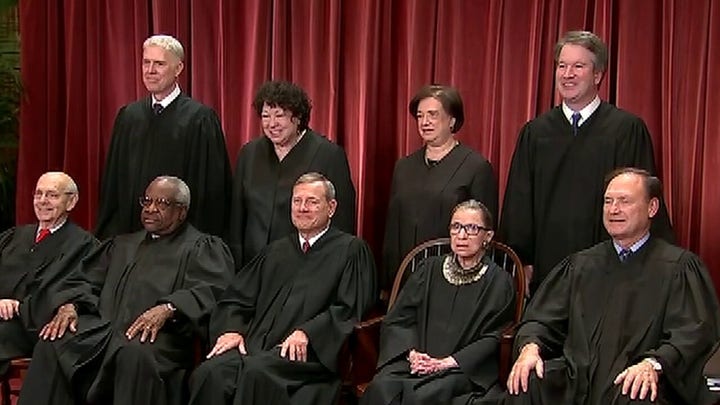 “Five justices today held that it was illegal for the Trump administration to stop breaking the law,” he said. “That’s bizarre.”

“If Justice Roberts played football, he’d be an all-star punter!” he said.

In the House, Rep. Jim Jordan, R-Ohio, accused Roberts again of “convoluting the law to appease the D.C. establishment.”

Democrats in Congress and the campaign trail, meanwhile, cheered the ruling. Sen. Chuck Schumer, D-N.Y., said he “cried tears of joy a few minutes ago when I heard the decision of the Supreme Court on DACA.”

Presumptive Democratic presidential nominee Joe Biden said in a statement: "The Supreme Court’s ruling today is a victory made possible by the courage and resilience of hundreds of thousands of DACA recipients who bravely stood up and refused to be ignored.”

President Trump, meanwhile, promised not to give up his campaign of overhauling DACA.

“As President of the United States, I am asking for a legal solution on DACA, not a political one, consistent with the rule of law,” he tweeted. “The Supreme Court is not willing to give us one, so now we have to start this process all over again.”