CAPITOL HILL – Here is how things are expected go down Tuesday in the Senate for President Trump’s impeachment trial.

By rule, the trial session begins at 1 p.m. ET. Expect to see Senate Sergeant-at-Arms Michael Stenger reprising his role from last week, bringing order to the Senate. Stenger may appear at other points along the way, too.

The first order of business for the Senate will be to swear-in Sen. Jim Inhofe, R-Okla. Inhofe wasn’t present last week when all other senators were sworn in. He was attending to a family emergency.

Then, there will be some short, administrative activity for documents, et al.

Once the Senate gets through the basics, it’s time for Senate Majority Leader Mitch McConnell, R-Ky., to offer his resolution dictating the parameters of the trial. McConnell’s proposal is formally known as a “motion” in Senate parlance. And, by rule, the Senate then has two hours per side to debate the McConnell plan. The Senate will have to eat up all of that two hours, unless there is unanimous consent – meaning all 100 senators agree -- to cut things short.

The seven House managers and members of Trump’s defense team – not any senators – would debate the proposal.

Timing: So, barring anything strange, this probably gets us close to 3:30 p.m. ET. 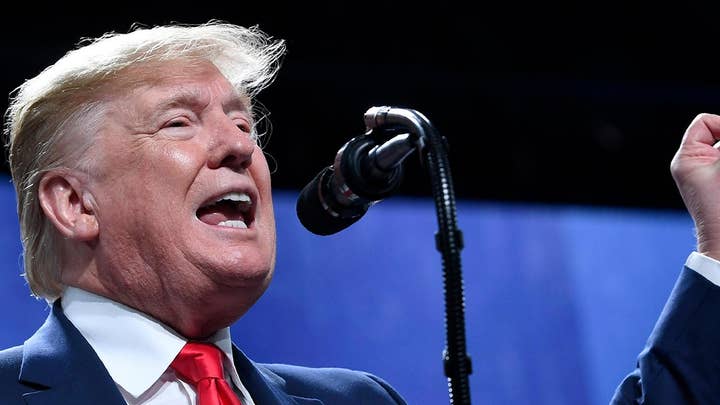 Then, it’s up to Senate Minority Leader Chuck Schumer, D-N.Y., to offer his counter-proposal.

What will Schumer propose? Different time allocations for the trial? Different times when they start or stop the arguments? Proposals on witnesses and documents?

By rule, Schumer’s proposal gets two hours of debate as well, with no senators participating in the debate -- just the impeachment managers and the president’s counsel.

Veteran journalist Ron Fournier covered the Clinton impeachment trial in 1999 as the Washington bureau chief for the Associated Press.

However, a potential wild card is afoot.

Fox News is told to expect a closed Senate session after these two debates, meaning lawmakers essentially would kick everyone out of the chamber: the public, the media, the president’s legal team and the impeachment managers. The only people left: senators, Roberts and essential floor staff. Fox News has no idea how long this could go, but it would happen in the Senate chamber itself, not the Old Senate Chamber.

In addition, this would be a deviation from what happened in 1999. Prior to then-President Clinton’s impeachment trial, all 100 senators met in the Old Senate Chamber to forge an agreement on how to proceed in the trial. Here, the trial already has begun. Thus, in this circumstance, the Senate is debating how it will grapple with Schumer’s proposal or proposals – and, to some degree, McConnell’s. Senators need to do this because they have a series of trial proposals on the floor. The debate time would be allocated to the impeachment managers and Trump’s lawyers, so senators would have to sort this out on their own.

Maybe this will take an hour, or two or three. Who knows?

KARL ROVE EXPLAINS WHY SOME DEMS MAY VOTE TO ACQUIT TRUMP

At some point in the evening, the Senate will return to open session with an agreement – or no agreement – and have to deal with the McConnell and Schumer proposals. Remember the amendment tree? Well, by rule, the Senate works backwards when voting on what’s on the amendment tree. That means the various Schumer proposals, the sprigs and branches come first. Then finally, at the end, the McConnell proposal – which is the trunk of the tree.

Kellyanne Conway warns Democrats calling for impeachment witnesses: Be careful what you wish for

Hunter Biden should be the first witness in the Senate impeachment trial of President Trump, says Kellyanne Conway, counselor to the president.

The results of the votes on the Schumer, and, vis-à-vis, the McConnell proposals, will establish the framework for the trial.

Remember, even though McConnell said he had votes to approve his resolution, mirroring the Clinton impeachment model of 1999, it’s possible the Senate could adopt some of the Schumer proposals. That would modify the base plan.

The McConnell plan would provide for a total of 24 hours for the House managers to present their case, and 24 hours for the president’s defense team. Then, 16 hours for written questions, submitted by senators, through the chief justice. Then, consideration of witnesses and documents, potentially during the middle of next week.

The final vote of the night would be on the “trunk,” or the McConnell plan. Only that roll call vote will dictate how the Senate will conduct the trial. This vote will be the most important thing all day.

Timing: Impossible to judge. It depends on how many votes are called, how many proposals are in play, how long the closed session lasts. 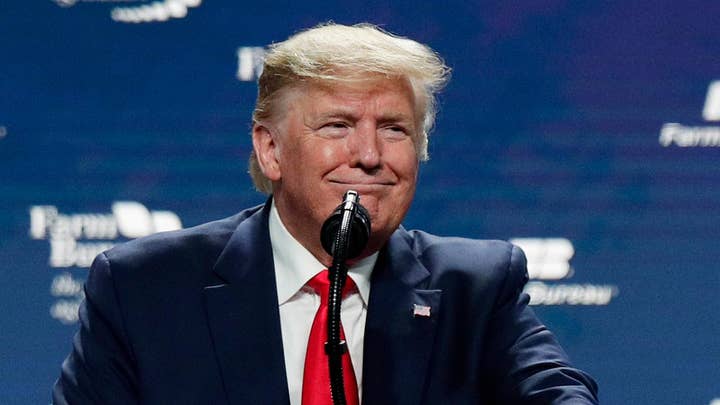 Important to note on the votes: Some will be straight, up or down tallies on one of the actual proposals in play. For example, is there more debate time? Do they subpoena John Bolton?

Expect several of these votes in play Tuesday. They may have the consequence of euthanizing a particular proposal.

In short: This is going to be a lengthy session which will likely drift well into the night Tuesday.