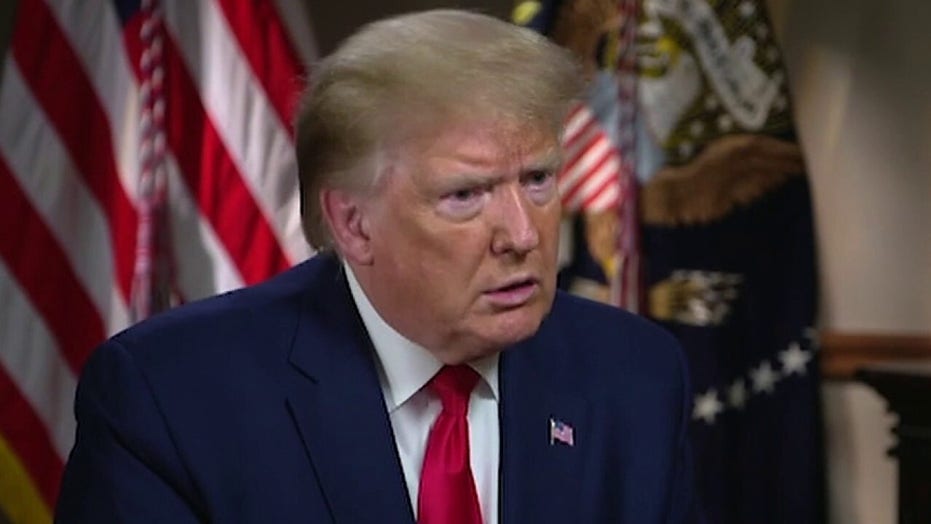 President Trump is amplifying his law-and-order message in response to the unrest that’s rocked many of the nation’s cities since the death last month of George Floyd in Minneapolis police custody -- especially as a mix of protesters and anarchists occupy several city blocks in Seattle.

A day after he said at an event in Dallas that police should “dominate the streets,” the president took to Twitter to highlight the standoff in Seattle, where demonstrators protesting police brutality and racism declared part of the city’s downtown an autonomous zone, free from police.

IN INTERVIEW WITH FOX NEWS' HARRIS FAULKNER, TRUMP OPENS UP ON RACE RELATIONS

Calling the protesters “anarchists,” the president stressed, “Must end this Seattle takeover now!"

In an interview with Fox News’ Harris Faulkner, Trump vowed that “if they don't straighten that situation out, we're going to straighten it out."

And the president emphasized, "If there were more toughness, you wouldn't have the kind of devastation that you had in Minneapolis and in Seattle."

Floyd, a black man, died after a white police officer placed his knee on the handcuffed man’s neck for nearly nine minutes. Floyd’s death and the resulting peaceful protests – as well as violent clashes and rioting in cities across the country – quickly pushed longstanding concerns over police brutality against minorities and the broader issue of the country’s history of systemic racism firmly back into the national spotlight. 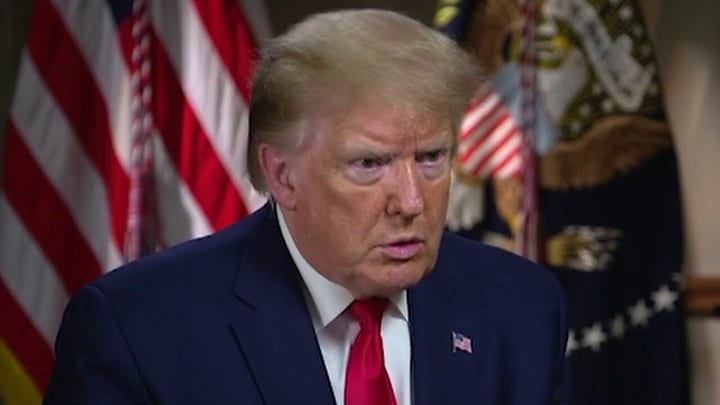 Trump described the officer's actions, captured on video, as a "horror" and a "disgrace."

But the president’s also slammed the push by activists and some far-left Democrats to defund police departments as a remedy against police brutality.

In Dallas on Thursday, Trump emphasized, "We’ll take care of our police. We’re not defunding police. If anything, we’re going the other route."

But he did announce that "we're working to finalize an Executive Order that will encourage police departments nationwide to meet the most current professional standards for the use of force, including tactics for de-escalation."

While the president’s language has been criticized by demonstrators and many Democrats, his tough talk speaks directly to his base -- and addresses concerns that, in many cities, rioting got out of hand.

And Trump’s push comes as he resumes in-person campaigning for the first time since the coronavirus pandemic swept across the nation three months ago. The president headlined a $10 million fundraiser in Dallas on Thursday, with a $6 million fundraiser planned for his golf club in Bedminister, N.J., on Saturday. Next Friday Trump heads to Tulsa, Okla., to hold his first rally since the start of the coronavirus crisis. More rallies in crucial general election swing states will soon follow.

But to win reelection in November, the president needs more than his base. He needs to recapture suburban voters who left in droves in 2018 to back Democratic candidates in the midterm elections.

Pointing to the unrest across the nation and the push to defund law enforcement, Trump on Friday quoted conservative columnist Marc Thiessen in a tweet, asking  “Do you think Suburban Women want to Defund the Police? I don’t think so.”

But most polling conducted in the wake of Floyd’s death shows a surge in the percentage of Americans who call racism a major problem and who feel police unfairly target minorities. And many of those surveys give the president poor grades on how he’s handling the unrest.

Trump’s Democratic challenger in the general election – former Vice President Joe Biden – has repeatedly slammed the GOP incumbent in the White House for his response to the protests.

“The cries for justice grow. Where is Donald Trump? Too scared to face the people. Too small to meet the moment. Too weak to lead,” the narrator in the spot charges.