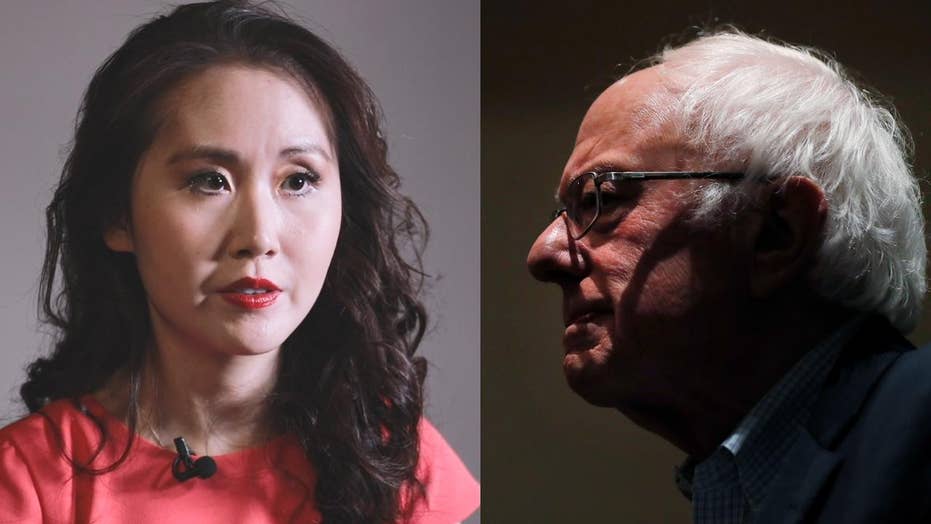 My Socialism Nightmare: Chinese immigrant warns of dire socialism dangers in US

Chinese-American immigrant Lindy Li shares her family's daunting story of living and suffering under Communism in China, from extreme poverty to murders, to oppressive misogyny, to censorship. Even today, China's communist regime is silencing coronavirus victims. Finally, Lindy sounds the alarm on the dangers of Bernie Sanders' 'revolution' to make the United States a socialist country.

President Trump was furious that 14 Americans infected with the coronavirus returned to the United States without his permission rather than remain in quarantine overseas, according to a new report.

Trump had been briefed that the healthy U.S. passengers who spent weeks quarantined aboard the Diamond Princess cruise ship in Japan would be allowed to fly home on two chartered planes -- while those who were sick or infected would stay in Japan to prevent the spread of the deadly virus.

The president became "furious" with senior advisers after learning the 14 Americans who tested positive had been put on a plane with healthy passengers, according to The Washington Post. One official told the paper that the failure to inform Trump of the decision in advance of the plane's departure was a “big operational mistake.”

Trump complained that bringing home the infected Americans could damage the adminstratration's response to the global health outbreak.

While the Americans evacuated from the ship were on buses on the tarmac in Tokyo, U.S. officials got the results back that 14 had tested positive for COVID-19 but had not yet shown symptoms. Officials made the decision to have them fly home anyway, but “isolated” from the other passengers on the plane.

“These individuals were moved in the most expeditious and safe manner to a specialized containment area on the evacuation aircraft to isolate them in accordance with standard protocol,” the State Department and Department of Health and Human Services said in a joint statement Monday.

“After consultation with HHS officials … the State Department made the decision to allow the 14 individuals, who were in isolation, separated from other passengers, and continued to be asymptomatic, to remain on the aircraft to complete the evacuation process.”

The infected passengers were to be isolated for medical care upon arriving back in the United States.

“Every precaution to ensure proper isolation and community protection measures are being taken, driven by the most up-to-date risk assessments by U.S. health authorities,” State and HHS officials said.

The viral outbreak that began in China has now spread to nearly 78,000 people globally, including 76,288 in mainland China. Here are the latest figures for the number of people who have contracted COVID-19: