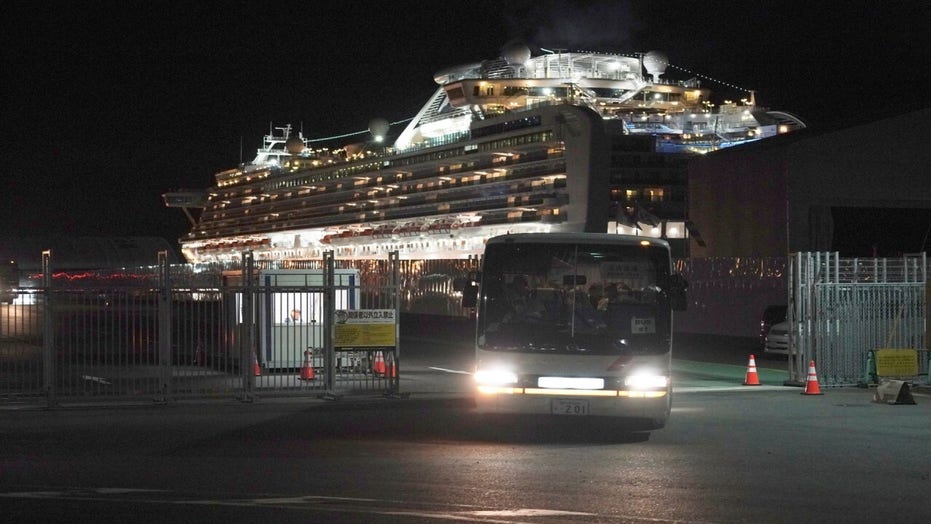 American passengers of the Diamond Princess received a letter from the embassy in Tokyo informing them that they will not be permitted back to the U.S. for an additional 14 days; Jonathan Serrie reports.

The Japanese man and woman, both in their 80s, reportedly had existing chronic diseases. They were the first among the ship’s passengers to die from the disease, officials said.

Both passengers were removed from the ship last week and hospitalized.

QUARANTINED AMERICAN ON TESTING POSITIVE THEN NEGATIVE FOR CORONAVIRUS

The 621 confirmed coronavirus cases among the cruise ship’s 3,711 passengers represent the largest outbreak outside China. The Diamond Princess has been under a two-week quarantine since Feb. 5.

"COVID-19 is not 100 percent known, and a lot of people got infected on the Diamond Princess. Taking those factors into consideration, we believe taking extra caution will contribute to preventing the risk of future infections," Japanese Health Minister Katsunobu Kato said of passengers allowed to leave the ship after testing negative for the virus. He urged them to stay home for two weeks.

Hundreds of Americans on the ship were evacuated by the State Department on Sunday and Monday, including several who tested positive for the virus but showed no symptoms. They are being quarantined for another 14 days at military bases in California and Texas, except for some who were removed to hospitals, including 13 moved to a quarantine unit at the University of Nebraska Health Center.

The Japanese government started removing passengers from the ship this week and by Wednesday at least 500 were off the ship.