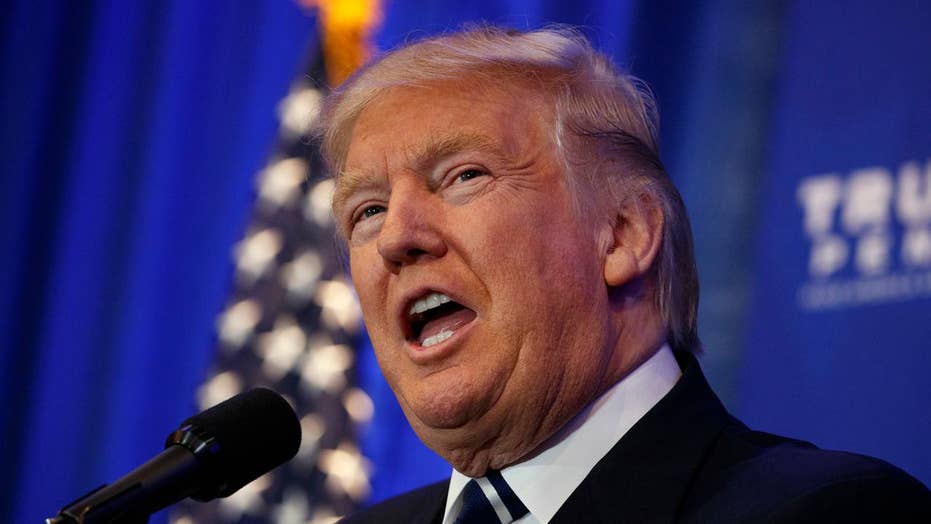 Trump has momentum, but can he win?

Hillary Clinton appears to have lost support while Donald Trump appears to have a voter enthusiasm edge. Pollster and consultant Frank Luntz on what the presidential nominees must do and avoid to win in the final week before Election Day

Republican presidential nominee Donald Trump spent Tuesday night at a campaign stop in Wisconsin encouraging voters who filed early-absentee ballots for Hillary Clinton to change their votes to support him.

Trump highlighted the developments since Friday's announcement from the FBI that it would revisit the Clinton email probe while speaking to a crowd in Eau Claire, Wisconsin.

"For all those voters who have buyer’s remorse, Wisconsin is one of those several states where you can change your early ballot if you think you’ve made a mistake," Trump told supporters.

"A lot of stuff has come out since your vote," he added. "If you live here, or Michigan, Pennsylvania, or Minnesota, you change your vote to Donald Trump."

In Wisconsin, voters can change their minds up to three times, but the deadline for doing so is Thursday.

Trump also took time during his rally to hit Clinton presidential campaign Chairman John Podesta and interim chair of the Democratic National Committee Donna Brazile over emails released by WikiLeaks which appeared to show her sending the Clinton campaign a question before a CNN town hall event while she was a contributor at the network.

"Could you imagine if Reince got the question for a debate and found out," Trump told supporters, referencing Republican National Committee Chair Reince Preibus. "It would be a double electric chair."

He also used a line from his hit-TV show "The Apprentice."

"John Podesta, if he worked for me I would fire him so fast, like 'The Apprentice,'" Trump said. "I would say 'John, you’re fired!'”

Clinton meanwhile launched her own fresh line of attacks at a campaign stop in Sanford, Florida by saying the businessman has "no excuse" for not releasing his tax returns, and once again calling on him to do so before the election.

"We’ve got someone running for president who not only bullied people and made bigoted comments, he is the only major party nominee for president in 40 years who hasn’t released his tax returns," she said.

Clinton told supporters she's particularly interested in learning about any dealings Trump has had with Russian interests and whether he contributed to charity.

The Democratic presidential nominee told the crowd that most of those in attendance have probably paid more in federal taxes than Trump.

"He took everything our great country has to offer, scooped it up with both hands and then paid nothing to support us," Clinton said. "Then he has the nerve to call our military a disaster, to insult POWs when he hasn’t paid a penny to support the people who put on the uniform of the United States of America."

She also slammed his business record.

"Donald Trump is the poster boy for everything that is wrong with this economy,"  she told supporters.