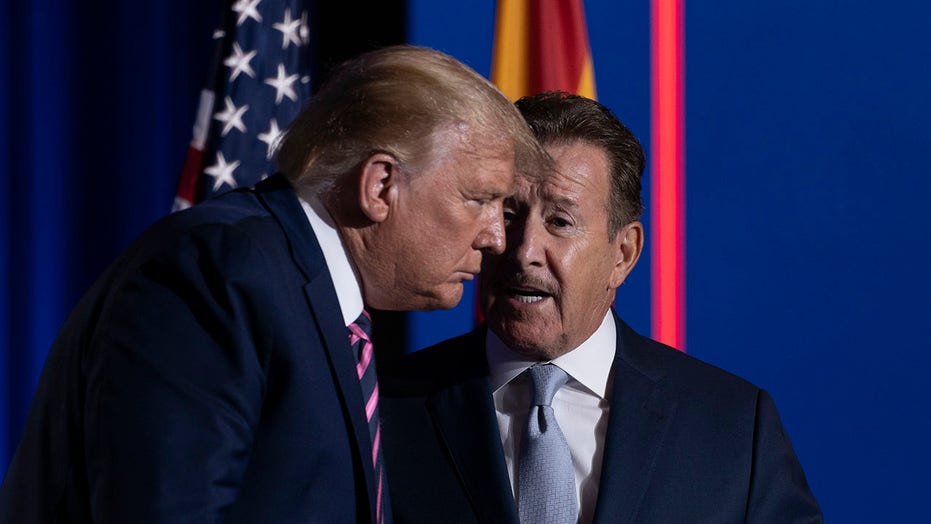 President Trump abruptly exited his news conference Wednesday at the White House, saying he had an “emergency” phone call as reporters continued to press him with questions on the Breonna Taylor case.

"I have to leave for an emergency phone call," Trump said before leaving the briefing.  "I'll be back. I'll see you tomorrow"

Trump earlier praised Kentucky’s Democratic Gov. Andy Beshear for calling in the National Guard as the state braced for unrest following the grand jury decision in the Breonna Taylor case.

“I will be speaking to the governor, we have a call scheduled,” Trump said. “I understand he's called up the National Guard. That's a good thing. It’ll all work out.”

Trump had said earlier that he didn't know enough about the case to comment, but said later that he'd since been briefed.

When asked earlier what his message was to the Black community who felt "justice had not been served," he pivoted to his record.

Officer Brett Hankison, who was fired in June, was indicted on three counts of wanton endangerment in the first degree for shots that were fired into a neighbornig apartment, a Jefferson County grand jury decided Wednesday. Neither the grand jury nor the presiding judge elaborated on the charges.

A warrant has been issued for Hankison's arrest and a bond is set at $15,000 cash.Hankison faces up to five years on each count if convicted.

The indictment was announced 194 days after Taylor, a 26-year-old Black emergency medical worker, was shot six times by the officers who entered her home using a no-knock warrant during a narcotics investigation on March 13.

"The decision before my office as the special prosecutor, in this case, was not to decide if the loss of Ms. Taylor's life was a tragedy. The answer to that is unequivocally, 'yes,'" Cameron said. "I understand that Breonna Taylor's death is part of a national story, but the facts and evidence in this case are different than others..."

Louisville has been gripped by large-scale and sometimes violent demonstrations this summer over the death of Taylor, and is preparing for a fresh round of unrest following the grand jury decision.

The city was placed under a state of emergency Tuesday as city officials shut down a more than 25-block perimeter to traffic. Most city buildings were boarded up as a precaution.