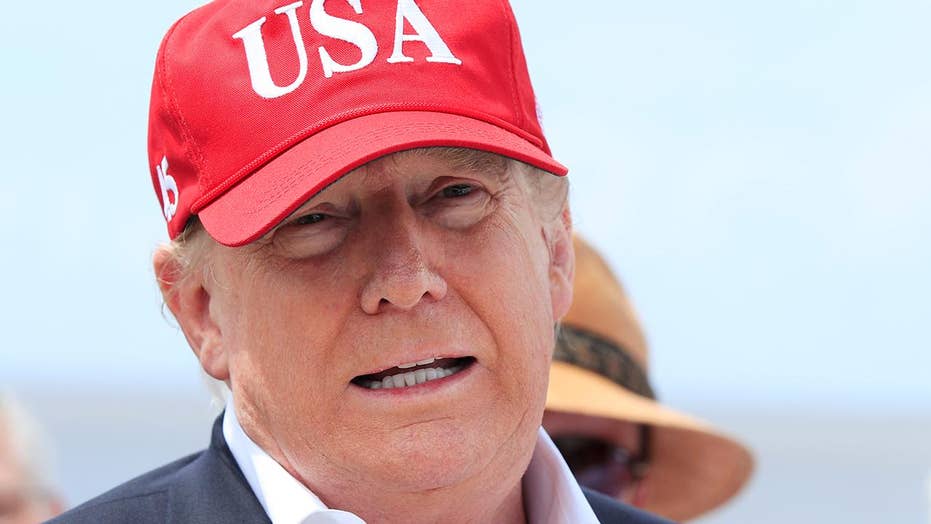 The optics of President Trump's threat to close the southern border

The president says he's not ready to close the border yet amid reservations from Republican leaders.

President Trump on Wednesday doubled down on his threats to close the southern border, calling the situation “a National Emergency!”

“Congress must get together and immediately eliminate the loopholes at the Border! If no action, Border, or large sections of Border, will close. This is a National Emergency!” Trump tweeted.

TRUMP STANDS BY BORDER CLOSURE THREAT, AS AIDES SAY ALL OPTIONS BEING EXPLORED

The president’s latest threat comes as immigration officials deal with historic levels of border crossers, including families. Officials predicted more than 100,000 apprehensions and encounters last month, the highest in over a decade.

In Washington, the administration is weighing what course to take, amid concerns that a border shutdown would cause economic problems. White House staffers suggested closing the border was just one of a number of options being explored to tackle the growing crisis.

White House Deputy Press Secretary Hogan Gidley said that they were considering shutting down certain entry ports or parts of all of them.

“Everything is on the table,” Gidley said on MSNBC this week.

Meanwhile, Homeland Security officials have said that even though the border has not been shut down, there have been delays at the ports of entry as nearly 2,000 border officers have been reassigned to address the incoming migrants.

Trump first threatened to close the border last week, blaming Mexico for not doing enough to stop the flows of illegal immigration into the U.S. He also demanded that congressional Democrats agree to tighten current immigration laws.

U.S. Customs and Border Protection Commissioner Kevin McAleenan said the border was at its “breaking point.”

Trump, this week, said Mexico had “made a big difference” since increasing its efforts to reduce the number of migrants traveling north. But the president maintained that if Mexico doesn’t continue its efforts, he would close the border.