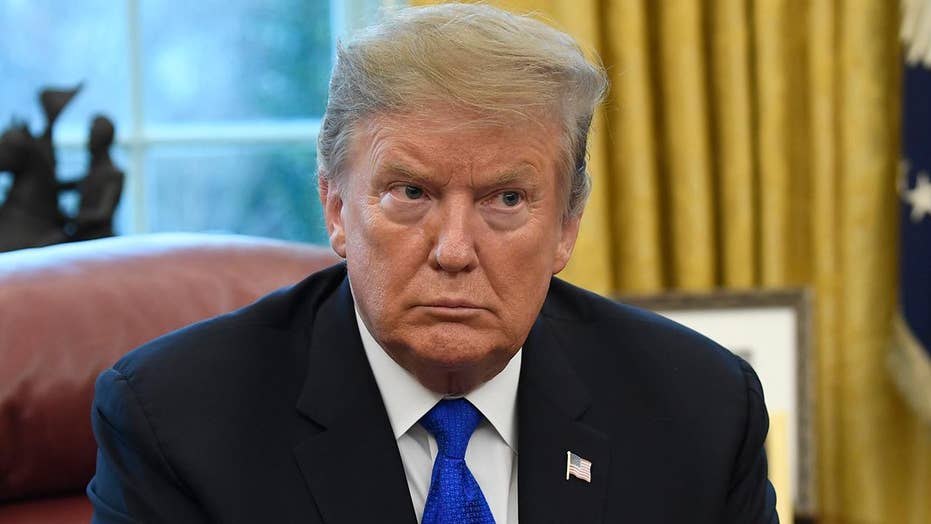 President Trump says substantial progress has been made with the Chinese and a summit will be planned to conclude a trade agreement; Blake Burman reports from the White House.

President Trump announced Sunday that he would hold off on implementing planned tariff hikes on hundreds of goods imported from China, citing "substantial progress" in high-level trade talks between the two nations.

The president also tweeted he would hold a summit meeting with Chinese President Xi Jinping at Trump's Mar-a-Lago estate in Florida to finalize an agreement "assuming both sides make additional progress."

"A very good weekend for the U.S. & China!" Trump wrote at the conclusion of the two-part Twitter message.

"We're doing very well with China," Trump told an assortment of governors at the White House for a black-tie event Sunday evening. "If all works well, we’re going to have some very big news over the next week or two, and it’s really been terrific. We’ve put ourselves into a position of strength for the first time in about 35 years or probably a lot more than that, but China’s been terrific. We want to make a deal that’s great for both countries and that’s really what we’re going to be doing."

Trump originally had warned he would escalate the tariffs imposed on $200 billion in Chinese imports, from 10 to 25 percent, if the U.S. and China failed to reach a deal by March 2. Negotiators held two days of talks starting Thursday in Washington and agreed to extend the negotiations through the weekend.

"We're making a lot of progress," Trump told reporters at the White House on Friday. "I think there's a very good chance that a deal can be made."

The Trump administration has argued that Beijing uses predatory tactics -- including cyber-theft and unfair use of government subsidies and regulations-- in a drive to make Chinese companies world leaders in such advanced industries as robotics and driverless cars. 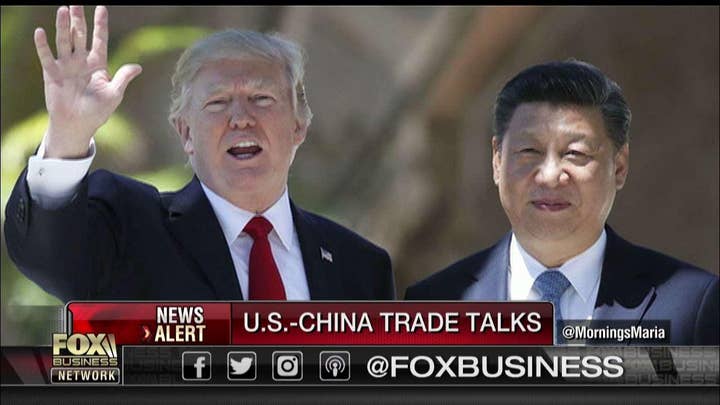 The administration also has argued that Beijing repeatedly has failed to live up to its past commitments to open its markets and to treat foreign companies more fairly.

Trump previously imposed 25 percent tariffs on $50 billion in Chinese imports and 10 percent tariffs on $200 billion worth. China has responded with import taxes of its own on $110 billion in U.S. goods. These tariffs have been aimed largely at soybeans and other agricultural products in an effort to pressure Trump supporters in the U.S. farm belt. In the first 10 months of 2018, U.S. soybean exports to China dropped to 8.2 million metric tons from 21.4 million metric tons a year earlier — a 62 percent freefall, according to the Agriculture Department.

On Friday, Agriculture Secretary Sonny Perdue tweeted that Beijing had agreed to buy 10 million metric tons of American soybeans, adding: "Hats off to @POTUS for bringing China to the table."

The president said Friday the two sides had reached some agreement on currency manipulation but offered no specifics. The administration has shown concerns that Beijing would blunt the impact of Trump's sanctions by manipulating its currency down to give Chinese companies a competitive edge in international markets.

Trump also raised the possibility that the U.S. would drop criminal charges against Chinese telecommunications giant Huawei, saying the issue would be discussed with Attorney General Bill Barr and U.S. attorneys. The Justice Department has charged the company with lying about violating sanctions against Iran and with stealing trade secrets.