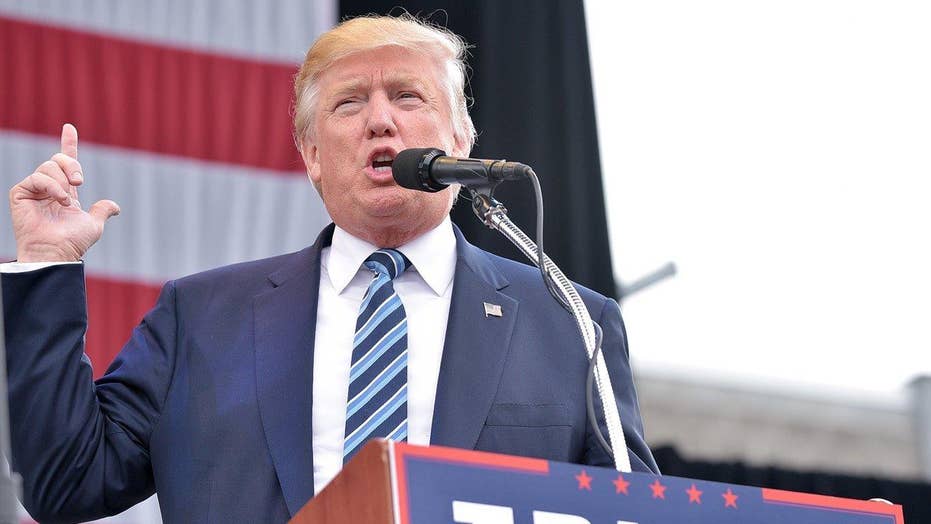 Should Christians vote for Trump?

The Donald Trump campaign is fighting back against allegations that Trump has sexually mistreated women -- dismissing accusations as “phony,” attacking the news media that publishes them and providing a purported eyewitness to at least one alleged incident.

Trump, the Republican presidential nominee, and running-mate Mike Pence on the campaign trail Friday vowed to provide evidence to expose a series of claims over the past several days by women who say Trump made unwanted sexual advances in the past.

Late Friday, a Trump aide told Fox News that Trump and Pence, the governor of Indiana, were referring in part to a New York Post story in which a British man says he was on the cross-country flight during which Trump allegedly tried to grope Jessica Leeds and that the incident didn’t occurred.

The 74-year-old Leeds said the incident occurred about three decades ago when she was a business woman working for a paper company.

The purported eyewitness, Anthony Gilberthorpe, says he was sitting across from Leeds and contacted the Trump campaign because he was “incensed” by her account, according to the newspaper.

“I have only met this accuser once and frankly cannot imagine why she is seeking to make out that Trump made sexual advances on her. Not only did he not do so (and I was present at all times) but it was she that was the one being flirtatious,” Gilberthorpe said in a note provided to The Post by the Trump campaign.

Gilberthorpe also said he contacted the Trump campaign because he didn’t like Leeds saying another passenger sat by while she was molested.

Leeds made the allegations on CNN and in The New York Times, to which Trump’s lawyers sent a letter demanding the newspaper retract and remove the story from its website.

A Trump aide also suggested to Fox News late Friday that the campaign will be looking to debunk more of the claims against Trump in the coming hours and days.

Leeds and several other women, including a People magazine writer, said publically this week that Trump had in the past made unwanted sexual advances, in the aftermath of 2005 audiotape released earlier this month in which he can be heard bragging about having enough celebrity power to kiss and fondle a woman without invitation.

Trump said during a debate Sunday with Democratic presidential nominee Hillary Clinton that he has never engaged in such behavior, calling the comments “locker room” talk.

At a rally Friday in North Carolina, Trump said the allegations against him are “phony” and “100 percent totally and completely fabricated.”

“I feel I have to talk about it because you have to dispute when somebody says something,” continued the 70-year-old Trump, who also speculated the women are making the allegations for “a little fame.”

He also called the magazine writer, Natasha Stoynoff, a “liar” for allegation she made Wednesday in People that Trump tried to kiss her in 2005 at his Mar-a-Lago estate in Florida while she was on assignment.

Trump, a New York real estate mogul and former reality TV star, is also calling for a boycott of the next People issue.

Earlier in the day, Pence said on CBS that the campaign, now trailing Clinton’s by rough 7 percentage points with Election Day about three weeks away, would be releasing information that “calls into question these allegations.”

The most recent allegation surfaced Friday, from a woman named Summer Zervos who says Trump kissed her and touched her breasts in a private room at the Beverly Hills Hotel in 2007.

Zervos was a contestant on Trump's reality TV show, "The Apprentice."

The Trump campaign said in a statement that Zervos "wishes she could still be on reality TV, and in an effort to get that back she's saying all of these negative things about Mr. Trump."

The campaign also said Zervos invited Trump to visit her restaurant earlier this year, in an attempt to discredit her allegations Friday.