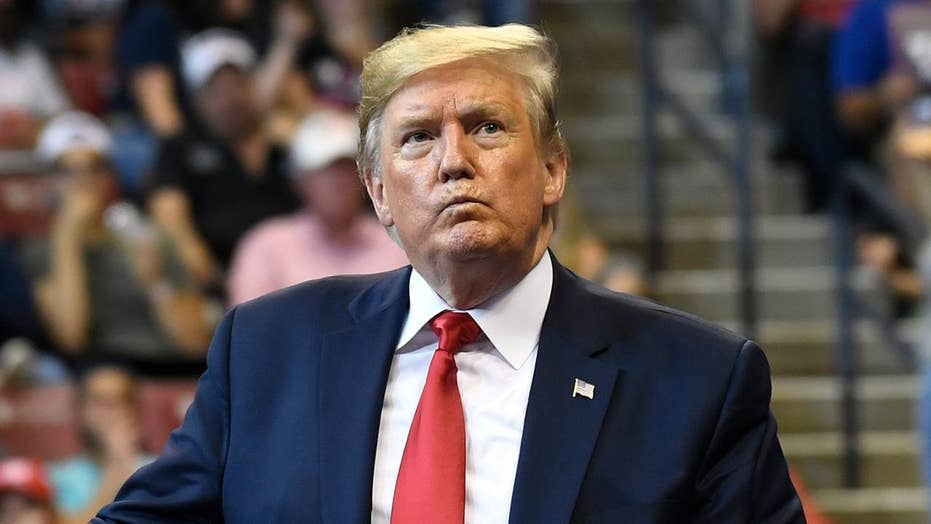 President Trump complains impeachment is affecting his other duties

President Trump’s campaign raked in a whopping $46 million in the fourth quarter of 2019, fueled in part by a backlash from his base against House Democrats’ impeachment efforts and blowing past any of his would-be Democratic rivals.

Trump's reelection campaign touted their fundraising efforts Thursday, noting that the fourth quarter marked the best fundraising quarter for the campaign in the 2020 cycle.

“President Trump’s unprecedented fundraising is testament to his wide grassroots support and his stellar record of achievement on behalf of the American people,” Trump 2020 campaign manager Brad Parscale said in a statement. “Democrats and the media have been in a sham impeachment frenzy and the President’s campaign only got bigger and stronger with our best fundraising quarter this cycle.”

He added: “The President’s war chest and grassroots army make his re-election campaign an unstoppable juggernaut.”

Last month, however, Fox News exclusively reported on the RNC’s record-breaking fundraising numbers amid the impeachment drive against the president. The RNC hauled in $20.6 million in November and reported having $63.2 million in cash — marking the most cash-on-hand the party has had since before the 2012 presidential election.

“Democrats’ baseless impeachment charade has only served to bolster our base and attract more voters to our cause and the result is another record-breaking fundraising month,” RNC Chairwoman Ronna McDaniel told Fox News last month.

The GOP fundraising underscores how Republicans have sought to turn the impeachment fight to their advantage, tapping into an outraged base to fuel not only the president's 2020 reelection effort but also a political offensive against congressional Democrats. Republicans were specifically using their November success to bolster their “Stop the Madness” campaign, a national counter-impeachment push targeting House Democrats that was launched in September. 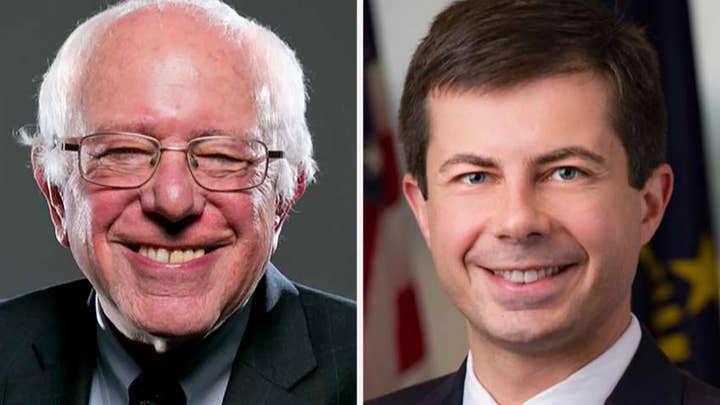 As for Democratic 2020 presidential hopefuls, Bernie Sanders’, I-Vt., campaign announced an eye-popping fourth quarter haul on Thursday of $34.5 million — the largest quarterly figure to date for any of the Democrats seeking to take on Trump. Sanders’ fourth-quarter fundraising numbers were $9 million more than he brought in during the third quarter.

The campaign noted that Sanders has raised over $96 million from over 5 million individual donations since he launched his campaign. The team added that the average contribution was $18 — and over 99.9 percent of donors have not maxed out and could contribute again. The Sanders campaign added that the overall haul did not include an additional $12.7 million the senator transferred from his other federal fundraising accounts, including his 2018 Senate reelection campaign.

While Sanders' massive fundraising haul is still lower than the Trump campaign's fourth-quarter figure, Democrats are at a comparative disadvantage because the large field of primary candidates is essentially divvying up the donor pool, while the Trump campaign faces little primary competition as it raises re-election funds.

Meanwhile, former South Bend, Ind. Mayor Pete Buttigieg’s campaign announced Wednesday that they brought in more than $24.7 million during the fourth quarter. Buttigieg’s fourth-quarter effort was roughly equal to his fundraising in the second quarter, but that figure dipped to just $19.1 million in the third quarter.

His campaign, this week, touted that the fourth quarter haul brought his total amount raised since he launched his campaign early in 2019 to over $76 million.

One candidate who could see a dip in fundraising for the fourth quarter is Sen. Elizabeth Warren, D-Mass., who raised nearly $25 million in the third quarter but appeared to be scrambling to reach $20 million in the fourth, as her campaign made the unusual move of releasing its total to date early in order to drum up more cash.

“So far this quarter, we’ve raised a little over $17 million. That’s a good chunk behind where we were at this time last quarter,” an email sent Friday from the Warren campaign read. “Elizabeth Warren needs your help. Right now. The goal is $20 million for the quarter — that's how much the campaign needs to keep our plans on track.”

But former Vice President Joe Biden will likely enjoy a boost in fundraising after bringing in just $15 million during the third quarter.

“We have the chance to make Q4 our biggest fundraising quarter yet. That would certainly be a big deal,” the former vice president said Sunday in a fundraising email to supporters.

Biden's best fundraising quarter to date was the April-June period, when he brought in $21.5 million in the nine weeks after he declared his candidacy in late-April.