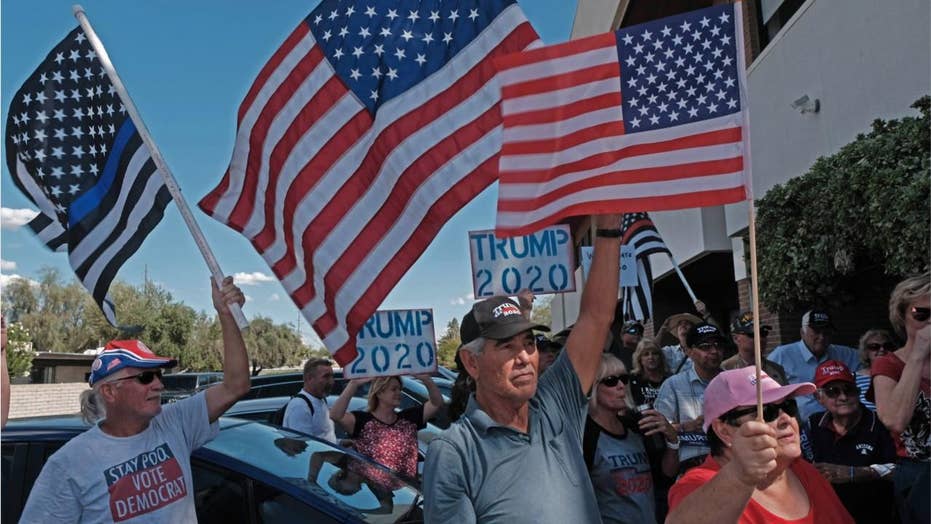 The Republican National Committee has announced record fundraising numbers amid the impeachment drive against President Trump.

EXCLUSIVE: The Republican National Committee has announced record fundraising numbers amid the impeachment drive against President Trump, hauling in a whopping $20.6 million in November, according to Federal Election Commission data obtained by Fox News.

The RNC told Fox News that this is the best November on record in party history.

The party currently has $63.2 million in cash — marking the most cash-on-hand it has had since before the 2012 presidential election.

“Democrats’ baseless impeachment charade has only served to bolster our base and attract more voters to our cause and the result is another record-breaking fundraising month,” RNC Chairwoman Ronna McDaniel told Fox News. “President Trump’s policies made historic progress this month as well, with USMCA clearing another legislative hurdle, paid-family leave secured for federal employees, and 266,000 jobs added to the economy — all while Nancy Pelosi’s impeachment sham droned on.”

She added: “Voters will make their voices heard by re-electing President Trump and voting for Republicans up and down the ballot in 2020.”

The House of Representatives voted Wednesday to impeach Trump, adopting two articles of impeachment alleging abuse of power and obstruction of Congress. The case now heads to the Senate for trial.

The GOP fundraising underscores how Republicans have sought to turn the impeachment fight to their advantage, tapping into an outraged base to fuel not only the president's 2020 re-election effort but also a political offensive against congressional Democrats. Republicans are specifically using their November success to bolster their “Stop the Madness” campaign, a national counter-impeachment push targeting House Democrats that was launched in September.

Earlier this month, the RNC spent an additional $350,000 for another paid push targeting 29 Democrats in Trump-won congressional districts. Since the campaign’s launch, the RNC has held more than 140 “Stop the Madness” events from Maine to California aimed at those Democrats -- ranging from protests to trainings for volunteers. Those trainings have brought in nearly 100,000 new volunteers, the party says.

Fox News has also learned that the Trump re-election campaign and the RNC have spent nearly $11 million in ads as part of the nationwide push against vulnerable Democrats, many of whom campaigned in 2018 on reaching across the aisle to work with Trump.

The new fundraising numbers come amid the heated impeachment battle in Washington.

At the center of the inquiry is Trump’s efforts to press Ukrainian President Volodymyr Zelensky to launch politically related investigations — regarding former Vice President Joe Biden and his son Hunter’s dealings in Ukraine, as well as issues related to the 2016 presidential election.