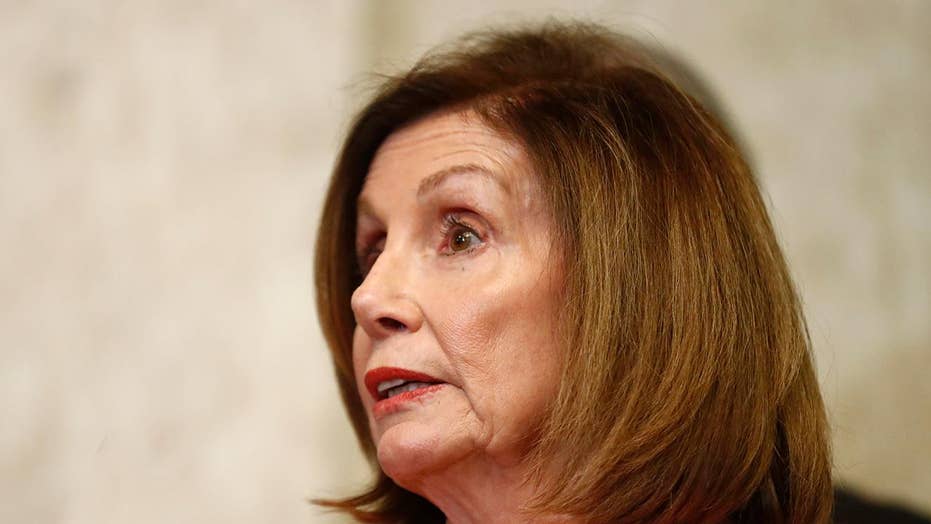 President Trump on Sunday tweeted that House Speaker Nancy Pelosi and Rep. Adam Schiff, D-Calif., should be impeached over their handling of the whistleblower investigation.

Trump said Pelosi was aware of "Shifty Adam Schiff" and his "massive frauds perpetrated upon Congress and the American people.” Trump pointed to Schiff's “parody” speech in Congress. Pelosi defended the speech and called it “fair.”

Trump was also apparently alluding to reports that Schiff's false earlier claim that the unnamed whistleblower did not speak to his committee.

Schiff read a dramatization of Trump's July 25 call to Ukrainian President Volodymyr Zelensky during acting Director of National Intelligence Joseph Maguire's hearing last week. Schiff, the chairman of the House Intellegence Committee, improvised parts of the transcript for effect and framed it as satire.

DEMS BELIEVE THEY HAVE ENOUGH VOTES

Trump has been under an impeachment investigation over his interaction Zelensky after it was revealed that he requested that Kiev investigate the Bidens.

Trump said his call with Zelensky was "perfect." Zelensky said he felt no pressure.

But Democrats—led by Schiff—claim Trump withheld essential military funding from Kiev as part of quid pro quo to get dirt on a political opponent.

Trump is attempting to frame the probe as another “witch hunt” and has pointed to the Mueller investigation as an example of an earlier Democratic fishing expedition.

“Nancy Pelosi knew of all the many Shifty Adam Schiff lies and massive frauds perpetrated upon Congress and the American people, in the form of a fraudulent speech knowingly delivered as ruthless con, and the illegal meetings with highly partisan “whistleblower” & lawyer," he tweeted. "This makes Nervous Nancy every bit as guilty as Liddle’ Adam Schiff for High Crimes and Misdemeanors, even Treason. I guess that means that they, along with all of those that evilly “colluded” with them, must all be immediately impeached!”

Trump has recently also called for the impeachment of Sen. Mitt Romney.

Article I, Section 5 of the Constitution allows both the House and Senate to set its own rules. No lawmaker may be “impeached.”

It states that either body may expel a member, provided there is a 2/3 vote. The House has only expelled five members in history. The Senate has expelled 15. The President has no role in the matter as the legislative branch is in control of its own members.