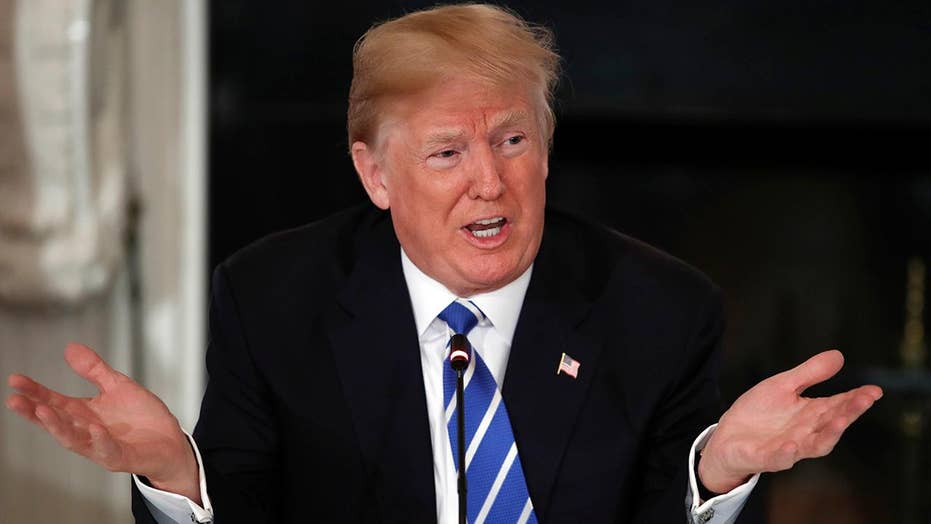 President Trump is calling to pump $1.5 trillion into fixing America’s infrastructure while streamlining the often-cumbersome permitting process, as part of a $4 trillion-plus budget plan unveiled Monday.

In the runup to the release, the president also tweeted: "This will be a big week for Infrastructure. After so stupidly spending $7 trillion in the Middle East, it is now time to start investing in OUR Country!"

Unlike last year’s plan, the fiscal 2019 blueprint does not seek to balance the budget over the next decade. Combined with a newly passed spending deal and sweeping tax cuts, the budget would see the federal deficit once again rising past $1 trillion in the near-term.

The infrastructure component, however, would not necessarily be a huge driver of Washington’s red ink. 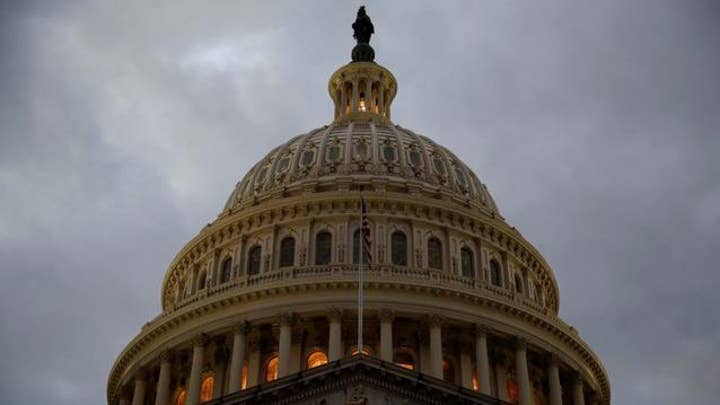 Under the plan, $200 billion of the $1.5 trillion in proposed spending would be federal dollars, which a senior administration official said would come from "reductions in other areas of the budget." The plan calls on state and local governments and the private sector to put up most of the funding. The federal funding would be used to match local spending, provide “incentives” and expand loan programs.

The plan also would boost investment for projects in rural America -- including transportation, broadband, water, waste, power, flood management and ports -- by $50 billion in a bid to address criticism from some Republican senators that the Trump administration's initial emphasis on public-private partnerships would do little to help those areas.

But the Trump administration is casting another part of the plan as equally vital – streamlining the permitting process, which a senior administration official described as “fundamentally broken.”

That component aims to cut the permitting process for new projects from upwards of 10 years to just two years. 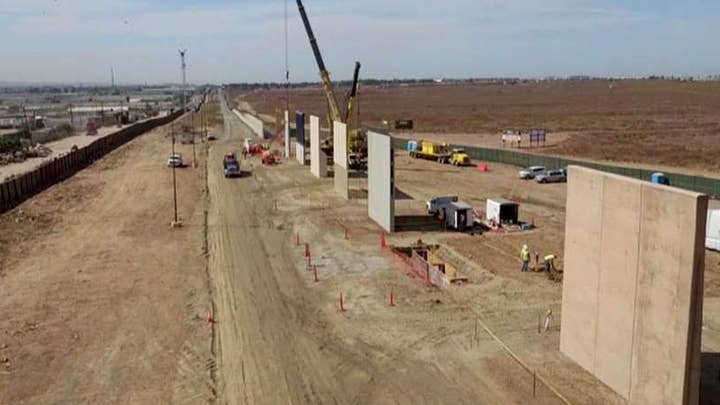 To get there, officials envision a single federal agency making decisions on infrastructure bids – with decision-making consuming about 21 months and permitting consuming the remaining three.

Doing so, officials said, would remove “duplicative” elements that currently lead to second-guessing, delays and other problems when multiple agencies weigh in on the same decision.

The president, in remarks last week to Republican lawmakers at a West Virginia retreat, emphasized efforts to "streamline the horrible approval process — roadways that take 12, 13, 14 years to get approved."

"We used to build them in three months, and now it takes years and years of approvals. We're going to bring that down, ideally, to one year. Two years is our goal, but one year is our real goal," Trump said.

Early reaction to the proposal was divided.

Jay Timmons, president of the National Association of Manufacturers, saluted Trump "for providing the leadership we have desperately needed to reclaim our rightful place as global leader on true 21st-century infrastructure."

But a number of Democrats and the U.S. Chamber of Commerce have pushed the administration to commit far more federal dollars, funded by tax increases, or by closing tax loopholes. And environmental groups expressed worry about its impact.

“The president’s infrastructure proposal would do very little to make our ailing infrastructure better, but would put unsustainable burdens on our local government and lead to Trump tolls all over the country,” he said in a statement.

Trump has repeatedly blamed the "crumbling" state of the nation's roads and highways for preventing the American economy from reaching its full potential. Many in Washington believe that Trump should have begun his term a year ago with an infrastructure push, one that could have garnered bipartisan support or, at minimum, placed Democrats in a bind for opposing a popular political measure.

On top of the infrastructure push, Trump also will ask for a $13 billion increase over two years for opioid prevention, treatment and long-term recovery. A request of $23 billion for border security, including $18 billion for a wall along the U.S.-Mexico border and money for more detention beds for detained immigrants, is part of the budget, too.

Trump would again spare Social Security retirement benefits and Medicare as he promised during the 2016 campaign.

Meanwhile, tax revenue would plummet by $3.7 trillion over the 2018-27 decade, the budget projects.

The fiscal 2019 deficit, in turn, would hover around $1 trillion, roughly double what was projected for 2019 last year.

All told, the new budget sees accumulating deficits of $7.2 trillion over the coming decade.

But Trump officials stress that they’re still working to balance the budget.

"The budget does bend the trajectory down, it does move us back toward balance. It does get us away from trillion-dollar deficits," budget office head Mick Mulvaney said on "Fox News Sunday."

Fox News’ Samuel Chamberlain and Jennifer Bowman and The Associated Press contributed to this report.