President Trump sought to get out ahead of Thursday's release of Special Counsel Robert Mueller’s report by branding the Russia investigation anew as “the greatest political hoax of all time.”

The president issued his condemnations via tweet shortly before Attorney General Bill Barr was set to hold a press conference, and then issue a redacted version of the Russia report.

“The Greatest Political Hoax of all time! Crimes were committed by Crooked Dirty Cops and DNC/The Democrats,” Trump tweeted.

He soon followed with: “PRESIDENTIAL HARASSMENT!”

The tweets mark the first rhetorical shots of the day by the White House in a broader battle between Republicans and Democrats to frame the report before it is made public.

Barr is scheduled to hold his press conference at 9:30 a.m. with Deputy Rod Rosenstein, where he is expected to address the redactions to the document, interactions with White House officials about the report and executive privilege.

“Attorney General Barr’s regrettably partisan handling of the Mueller report, including his slanted March 24th summary letter, his irresponsible testimony before Congress last week, and his indefensible plan to spin the report in a press conference later this morning — hours before he allows the public or Congress to see it — have resulted in a crisis of confidence in his independence and impartiality," they said. "We believe the only way to begin restoring public trust in the handling of the Special Counsel’s investigation is for Special Counsel Mueller himself to provide public testimony in the House and Senate as soon as possible.” 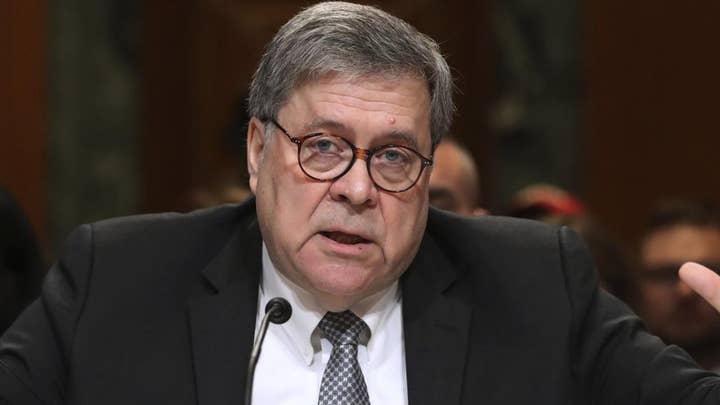 Barr angered Democrats with his decision last month to issue a four-page summary of the report, in which he said Mueller had concluded there was no evidence of collusion between members of the Trump campaign and Russia during the 2016 campaign. The special counsel also reviewed whether the president had obstructed justice in any way, but ultimately did not come to a conclusion on that issue. Barr and Rosenstein, though, said the evidence was “not sufficient to establish that the President committed an obstruction-of-justice offense.”

Democrats had demanded Barr release the entire unredacted report to Congress, and expressed frustration at what they have considered a delay from the administration -- likely exacerbated by Trump’s frequent declarations that he had been exonerated by the report, and Barr’s intention to review the beginnings of the investigation.

Congressional Democrats have signaled that the release will be just the beginning of a showdown with the administration over the extent of report redactions, as well as further questions about whether the president obstructed justice during the Russia investigation.

Meanwhile, a source close to Trump’s legal team told Fox News on Wednesday that the president’s lawyers have been working on a counter-report in anticipation of any obstruction of justice claims in the report.