Evangelical enthusiasm for Trump heading into 2020

President Trump blasted Christianity Today on Friday after the evangelical publication founded by the late Rev. Billy Graham called for his removal after the House of Representatives voted to impeach him for abuse of power and obstruction of Congress.

“A far left magazine, or very ‘progressive,’ as some would call it, which has been doing poorly and hasn’t been involved with the Billy Graham family for many years, Christianity Today, knows nothing about reading a perfect transcript of a routine phone call and would rather have a Radical Left nonbeliever, who wants to take your religion & your guns, than Donald Trump as your President,” Trump tweeted early Friday.

“No President has done more for the Evangelical community, and it’s not even close. You’ll not get anything from those Dems on state. I won’t be reading ET [sic] again!” he continued.

Galli conceded that “Democrats have had it out for [Trump] from day one” and that everything they do is “under a cloud of partisan suspicion.”

But nevertheless, Galli wrote: “The facts in this instance are unambiguous: The president of the United States attempted to use his political power to coerce a foreign leader to harass and discredit one of the president’s political opponents,” the editorial read. “That is not only a violation of the Constitution; more importantly, it is profoundly immoral.” 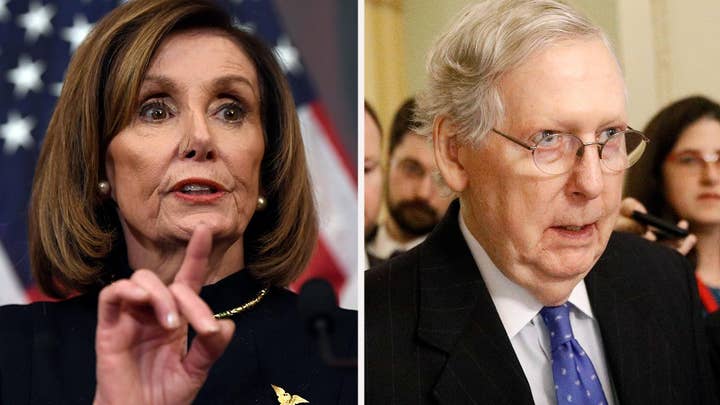 “The reason many are not shocked about this is that this president has dumbed down the idea of morality in this administration,” he added, noting that he has “hired and fired” people who are “convicted criminals,” and slammed him for his “immoral actions in business and his relationship with women, about which he remains proud.”

“His Twitter feed alone—with its habitual string of mischaracterizations, lies and slanders—is a near perfect example of a human being who is morally lost and confused,” Galli continued.

“To the many evangelicals who continue to support Mr. Trump in spite of his blackened moral record, we might say this: Remember who you are and whom you serve. Consider how your justification of Mr. Trump influences your witness to your Lord and Savior.”

Meanwhile, Evangelical Christian pastors and leaders who have prayed with the president in the Oval Office slammed the impeachment vote this week calling it “utterly partisan.”

Paula White-Cain, Trump's personal pastor and special adviser to the Faith and Opportunity Initiative in the White House, posted a midnight prayer for the newly impeached president, who overwhelmingly won the evangelical vote in the 2016 election.

"Tonight we lift up President Trump in prayer against all wickedness and demonic schemes against him and his purpose in the name of Jesus," White-Cain wrote. "Surround him with your angels and let them encamp around about him. Let all demonic stirrings and manipulations be overturned!"

"The Democrats in the House impeached millions of God-fearing, family-loving and patriotic Americans from the Democrat and Republican parties," the two leaders said.

"Our relentless prayers especially rest with the President of the United States and upon all of those who led us into this utterly partisan disregard of the most powerful tool our Founders gave us to undo a presidential election - which is exactly what this is an attempt to do," they added.

Evangelist Franklin Graham said: "Dems have been trying to destroy Trump since day one."

The president of Samaritan's Purse and the Billy Graham Evangelistic Association added, "We need to pray for President Trump and this nation."

Jentezen Franklin, pastor of Free Chapel, listed Trump's accomplishments as president, saying he feels the need to pray for him again.

"The people's voice will be heard like never before when we vote again," Franklin said. "Pray, fast, and vote your faith 20/20!"

The House of Representatives voted Wednesday to impeach Trump, adopting two articles of impeachment alleging abuse of power and obstruction of Congress. He is the third president in American history to be impeached.

At the center of the impeachment inquiry is Trump’s efforts to press Ukrainian President Volodymyr Zelensky to launch politically related investigations—regarding former Vice President Joe Biden and his son Hunter’s dealings in Ukraine, as well as issues related to the 2016 presidential election. The president’s request came after millions in U.S. military aid to Ukraine had been frozen, which Democrats have argued shows a “quid pro quo” arrangement. Trump has denied any wrongdoing.