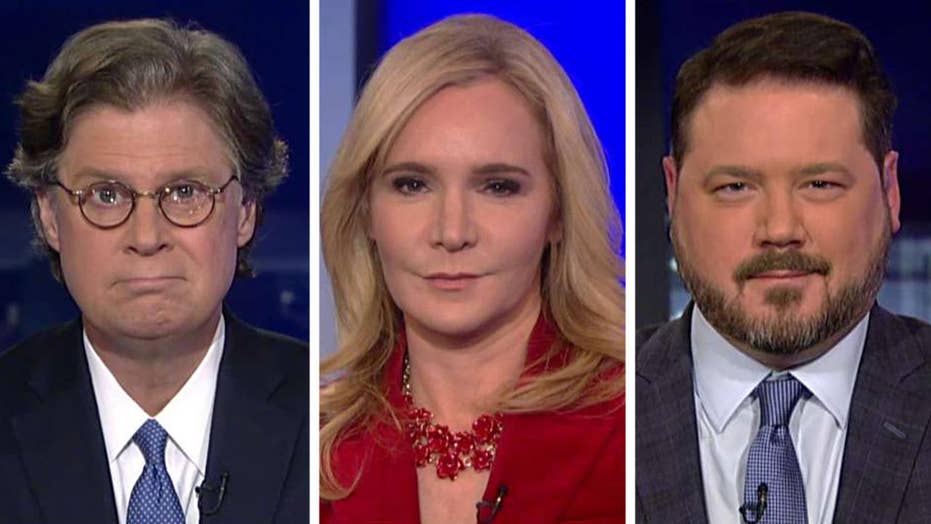 Senate and House leaders battle over next steps in impeachment process

Nancy Pelosi says she will not name impeachment managers until she knows more about how the Senate will conduct a trial; reaction and analysis from the 'Special Report' All-Stars.

One of the nation's top Christian magazine publications called for the removal of President Trump on Thursday, one day after the House of Representatives passed two articles of impeachment against him.

In an editorial titled "Trump Should Be Removed From Office," Christianity Today editor-in-chief Mark Galli invoked the mission of the magazine's founder, Billy Graham, to "help evangelical Christians interpret the news in a manner that reflects their faith."

"We want CT to be a place that welcomes Christians from across the political spectrum, and reminds everyone that politics is not the end and purpose of our being," Galli wrote. "That said, we do feel it necessary from time to time to make our own opinions on political matters clear—always, as Graham encouraged us, doing so with both conviction and love. We love and pray for our president, as we love and pray for leaders (as well as ordinary citizens) on both sides of the political aisle."

Galli acknowledged that Democrats "have had it out for [Trump] from day one" and that the president "did not have a serious opportunity to offer his side of the story" during the impeachment process.

However, "the facts in this instance are unambiguous: The president of the United States attempted to use his political power to coerce a foreign leader to harass and discredit one of the president’s political opponents. That is not only a violation of the Constitution; more importantly, it is profoundly immoral," Galli said.

He explained, "The reason many are not shocked about this is that this president has dumbed down the idea of morality in his administration. He has hired and fired a number of people who are now convicted criminals. He himself has admitted to immoral actions in business and his relationship with women, about which he remains proud. His Twitter feed alone—with its habitual string of mischaracterizations, lies, and slanders—is a near perfect example of a human being who is morally lost and confused."

Democrats said Trump pressured Ukraine to investigate the dealings of former Vice President Joe Biden and his son Hunter in that country, withholding aid for a time as part of a "quid-pro-quo." Trump and the White House repeatedly have denied doing anything wrong.

Galli recalled a CT piece written in 1998 during then-President Clinton's impeachment, reading, "Unsavory dealings and immoral acts by the president and those close to him have rendered this administration morally unable to lead."

"Unfortunately, the words that we applied to Mr. Clinton 20 years ago apply almost perfectly to our current president," Galli continued. "Whether Mr. Trump should be removed from office by the Senate or by popular vote next election—that is a matter of prudential judgment. That he should be removed, we believe, is not a matter of partisan loyalties but loyalty to the Creator of the Ten Commandments."

The CT editor-in-chief urged his readers to remind themselves "you are and whom you serve," warning them by asking "will anyone take anything we say about justice and righteousness with any seriousness for decades to come" if they don't "reverse course" with their support of Trump.

"We have reserved judgment on Mr. Trump for years now. Some have criticized us for our reserve... To use an old cliché, it’s time to call a spade a spade, to say that no matter how many hands we win in this political poker game, we are playing with a stacked deck of gross immorality and ethical incompetence," Galli wrote. "Just when we think it’s time to push all our chips to the center of the table, that’s when the whole game will come crashing down. It will crash down on the reputation of evangelical religion and on the world’s understanding of the gospel. And it will come crashing down on a nation of men and women whose welfare is also our concern."