Both President Trump's and Joe Biden's campaigns on Wednesday insisted they have a pathway to victory as remaining ballots continue to be counted in key battleground states that will determine the winner of the 2020 presidential election.

But by midmorning Wednesday, both campaigns expressed confidence in their math and their pathways to 270 electoral votes.

He added: “If we count all legal ballots, the president wins.”

Meanwhile, a Biden campaign official said Wednesday morning that the race was moving in their favor. 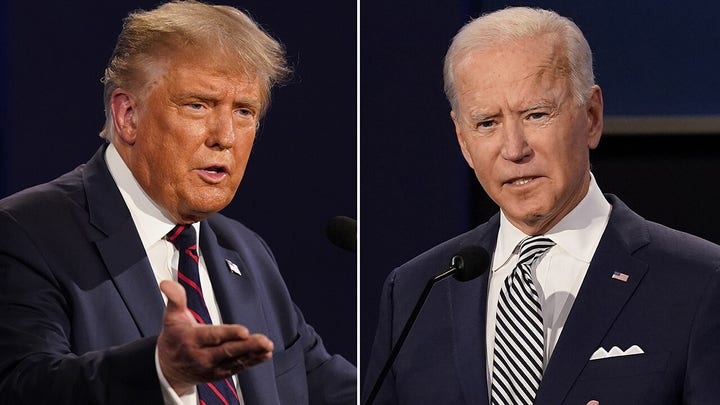 Both campaigns held briefings with reporters on Wednesday morning, outlining their predictions in key battleground states as votes continued to be counted.

In Pennsylvania, where 20 electoral votes are up for grabs, the Trump campaign said Trump “maintains a lead” and there are “a healthy number of ballots still to be counted statewide in excess of a million.”

Stepien said the campaign has “confidence” in the state, and looking at numbers, even with a “conservative estimate,” it feels the president could win by at least 40,000 votes — even if Philadelphia votes for Democratic nominee Biden in large numbers.

But the Biden campaign official said it, too, is confident in Pennsylvania and expect the results — specifically with Philadelphia’s large vote-by-mail results — to be announced later Wednesday or early Thursday. 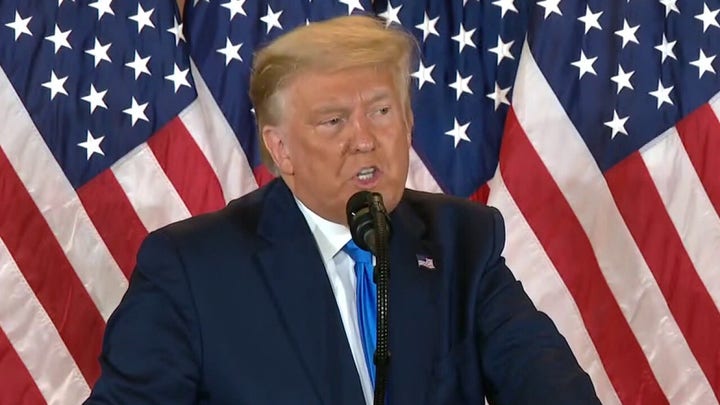 In Wisconsin, where 10 electoral votes are up for grabs, the Trump campaign said that the race is “tight.”

“It is within 1% and that is recount territory,” Stepien said.

But the Biden official forecast a win for the former vice president in the state, saying the campaign expects that race to be called by late Wednesday morning.

In Michigan, which is worth 16 electoral votes, the Biden campaign said Biden will have an “insurmountable” vote-by-mail lead, and it expects that race to be called for Biden later Wednesday, while the Trump campaign said it, too, is “confident in a pathway that includes Michigan.”

In Georgia, which is worth 16 electoral votes, the Trump campaign said it is “confident” in its math and numbers.

“We have a healthy lead and that will maintain,” Stepien said.

“We feel very good about where we are in Georgia,” Trump campaign senior adviser Jason Miller said Wednesday.

The Trump campaign, too, said Arizona, with 11 electoral votes, was in play— despite the Fox News Decision Desk and the Associated Press calling the race for Biden late Tuesday, demanding that every vote be counted in the state that Trump won in 2016.

“These are our folks, these are people who voted on the day of the election, and so we know these are our people,” Miller said. “So when we say the president got 62% of the ballots that came in in Maricopa County, we expect that number to be even higher as we go around the rest of the state.”

Miller added that the campaign believes that Trump “will win Arizona by 30,000 votes,” citing “folks on the ground.”

“We trust our data, we trust our math,” Stepien said. “It’s why we feel confidence.” 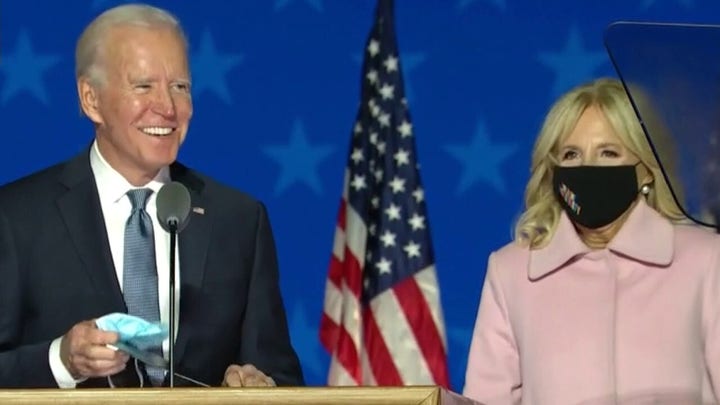 And both the Trump campaign and the Biden campaign said they were confident in Nevada -- worth just 6 electoral votes. Neither campaign spoke about the tight race in North Carolina, which has 15 electoral votes up for grabs, on Wednesday.

Meanwhile, Biden, just after midnight on election night, spoke in Wilmington, Del., and said he was “on track to win this election."

Trump, in the 2 a.m. hour Wednesday, also projected confidence — but took it a step further in declaring victory in multiple key battleground states while hinting that his campaign would push the Supreme Court to rule over disputed ballots and warned that a “very sad group of people” was trying to “disenfranchise” voters.

But Trump on Wednesday morning took to Twitter railing against pollsters, saying they got it “completely & historically wrong!”

“Last night I was leading, often solidly, in many key States, in almost all instances Democrat run & controlled. Then, one by one, they started to magically disappear as surprise ballot dumps were counted. VERY STRANGE, and the “pollsters” got it completely & historically wrong!” he tweeted.

The social media platform also flagged a Trump tweet from late Tuesday night when the president suggested Democrats were trying to “steal” the election.

“How come every time they count Mail-In ballot dumps they are so devastating in their percentage and power of destruction?” Trump also tweeted Wednesday.