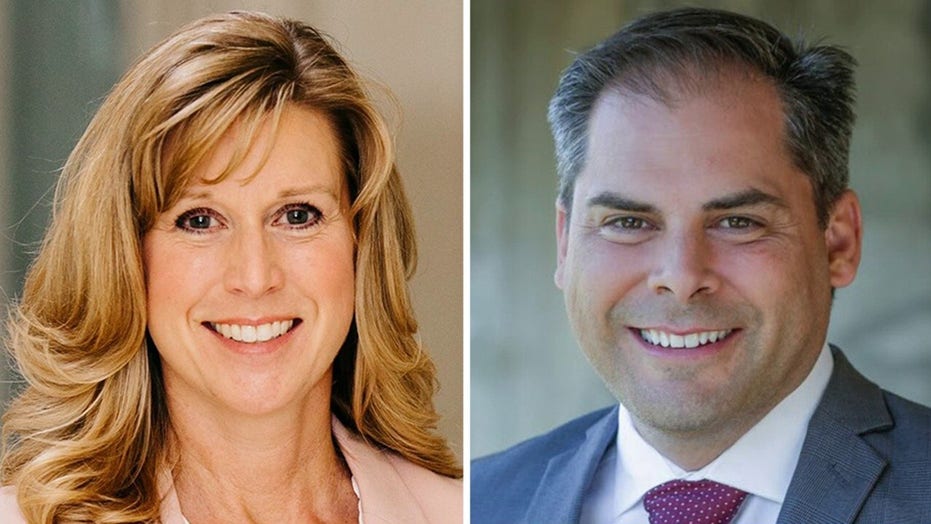 A Republican has not flipped a Democratic House seat in California since 1998.

Garcia grabbed a substantial early lead Tuesday in the fight for the open U.S. House seat north of Los Angeles in the swing 25th District, giving California Republicans a chance to claim a Democratic-held congressional seat in the state for the first time since 1998. With 76 percent of precincts reporting and approximately 143,000 ballots counted, Garcia was leading Democrat Christy Smith 55.9 percent to 44.1 percent.

But, California routinely counts large numbers of votes after election day. An unknown number of ballots remained uncounted and Los Angeles County, where most of them are located, was not expected to update its tally again until Friday.

Virtually all voters were expected to mail in ballots because of the virus outbreak, though a sprinkling of polling places were available for those who wanted to vote in person. Mail-in ballots can arrive as late as Friday and still be counted provided they were postmarked by election day.

Trump lost the district by 6 percentage points in 2016. He went out of his way to promote Garcia in recent weeks as strong on guns and immigration, and some Democrats had hoped he would be a liability in the race. Former President Barack Obama, Hillary Clinton and other high-profile Democrats all lined up behind Smith.

The seat became vacant last year after the resignation of Hill, who stepped down after admitting to an affair with a campaign worker and the House opened an ethics probe into an allegation that she was involved with a member of her congressional staff, which Hill denied.

“Remember, get out and vote for Mike Garcia,” Trump tweeted Tuesday. “A really big deal for our country!”

On Wednesday morning, the president declared victory on Twitter: "Big Congressional win in California for Mike Garcia, taking back a seat from the Democrats. This is the first time in many years that a California Dem seat has flipped back to a Republican. Also, Tom Tiffany beat his Democrat rival BIG in Wisconsin. Two great Congressional WINS!"

Smith, however, insisted that the contest was “clearly too early to call” and said her campaign would work to make sure “every vote is counted in the days ahead.”

Smith and Garcia topped a crowded field of candidates in the state’s March 3 primary and advanced to separate elections: One, on Tuesday, to fill the remainder of Hill’s two-year term, and a second in November for the full, two-year term starting in 2021.

For the GOP,  Smith's statement that more votes need to be counted conjured up memories of the 2018 elections, when Republicans saw their early leads in California races shrink to nothing after Election Day, as more and more ballots trickled in. Some Republicans cried foul and blamed the state's practice of legalized "ballot harvesting," which permits political operatives to pick up voters' ballots en masse and drop them off at polling stations.

Trump and the National Republican Congressional Committee have claimed Democrats were trying to steal the election in the 25th District with a last-minute move to open up an in-person polling place in Lancaster, a part of Los Angeles County.

Voters drop off ballots in a special election for California's 25th Congressional District during the coronavirus outbreak, Tuesday, May 12, 2020, in Simi Valley, Calif. Republican Mike Garcia and Democrat Christy Smith are running for the seat after the resignation of Rep. Katie Hill, D-Calif. (AP Photo/Mark J. Terrill)

Garcia, a defense industry executive, depicted Smith as another vote for the Democratic status quo in California that he blames for soaring homelessness, heavy regulation and rising taxes.

Smith was harshly critical of Trump and his administration and promised to work for improved health care if elected.

The contest is the only competitive House race in the country in the midst of the coronavirus crisis. It’s seen nationally as a proxy vote on Trump’s leadership and a possible harbinger for November elections.

"Supporters of Mike Garcia are already calling tonight a 'landslide' and saying that he represents the 'first domino' in a line of Republican wins this year," reported The New York Times' Jennifer Medina.

Meanwhile, Trump himself put up historic numbers in the Nebraska presidential primary. With less than half the vote in, Trump has already doubled his 2016 total in the state -- leading GOP Chairwoman Ronna McDaniel to tout what she called surging "enthusiasm" for the president's reelection.

Tiffany’s win over Democrat Tricia Zunker in northern Wisconsin’s 7th District comes in the state’s second election amid the coronavirus pandemic the past five weeks. Tiffany will replace former reality TV star Sean Duffy, a Republican who retired in September.

The district, which covers all or parts of 26 counties, has been vacant since Duffy’s retirement.

Trump won Wisconsin by less than a point, but carried the district by 20 points, in 2016. Trump backed Tiffany in the race, but due to the pandemic was unable to campaign in person for him.

Zunker, president of the Wausau School Board, was trying to become the first Native American from Wisconsin elected to Congress. She would have also been the first woman to represent the district, which stretches from Wausau in the south up to Lake Superior and includes popular tourist destinations like Bayfield and Madeline Island.

Zunker pulled in big-name endorsements, including from U.S. Sen. Elizabeth Warren, D-Mass., but the numbers were against her. The district has been under Republican control since 2011 and was redistricted to more heavily favor the GOP.

There was uncertainty over whether holding a special election in the middle of the pandemic would affect the outcome. Election clerks said they were prepared, about 20 percent of registered voters had voted absentee, and there were no calls to delay or alter the election like there were before Wisconsin’s presidential primary last month.

With Tiffany’s win, Republicans hold five of Wisconsin’s eight seats in Congress. Tiffany will serve through the end of the year, but will have to run again in November to serve a full two-year term.

Fox News' Marisa Schultz and The Associated Press contributed to this report.