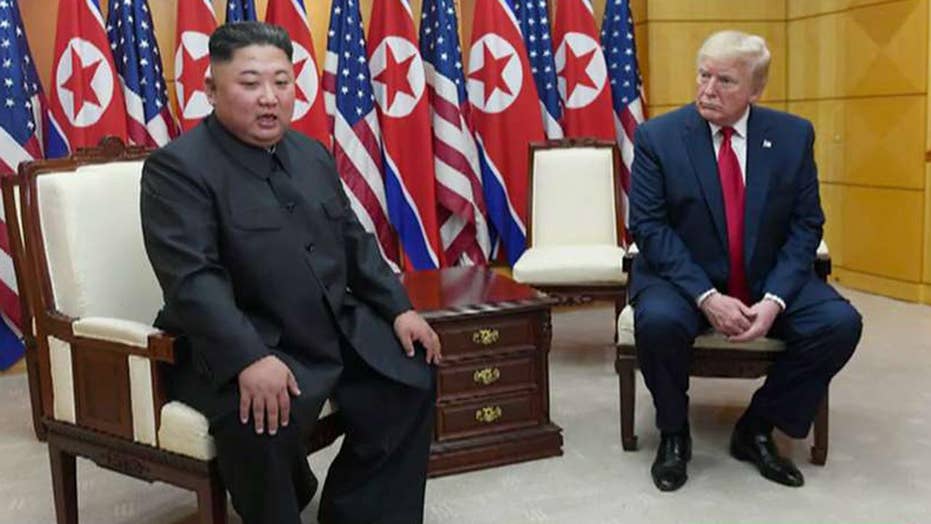 President Trump says he's had a very 'beautiful' and 'positive' 3-page letter from North Korea leader Kim Jong Un delivered to him; Leland Vittert reports from the White House on what the president told the press before his vacation.

President Trump said Saturday that he had received a “small apology” from North Korean leader Kim Jong Un for testing short-range missiles -- while appearing to side with him on what he called “ridiculous and expensive” joint exercises conducted by the U.S. and South Korea.

"In a letter to me sent by Kim Jong Un, he stated, very nicely, that he would like to meet and start negotiations as soon as the joint U.S./South Korea joint exercise are over,” Trump tweeted. “It was a long letter, much of it complaining about the ridiculous and expensive exercises.”

He went on to say that he is looking forward to meeting with him soon.

“It was also a small apology for testing the short range missiles, and that this testing would stop when the exercises end. I look forward to seeing Kim Jong Un in the not too distant future!” he said. “A nuclear free North Korea will lead to one of the most successful countries in the world!”

Trump’s tweet comes as the isolated country continued, as Trump indicated, to continue to test short-range missiles on Saturday. South Korea’s Joint Chiefs of Staff said the missiles were fired from the North’s east coast and landed in waters between the Korean Peninsula and Japan. 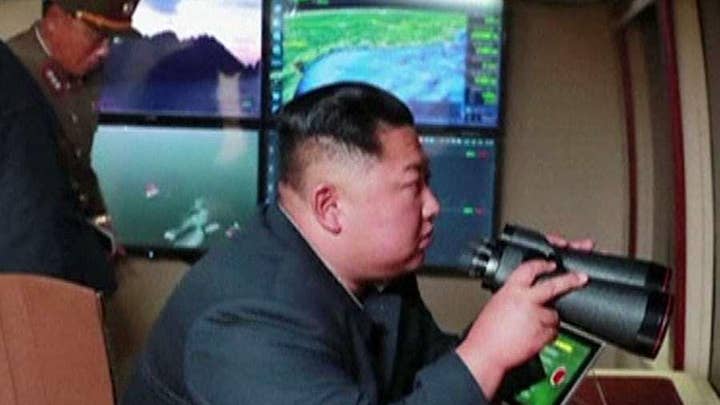 Pyongyang has claimed that the U.S.-South Korea exercises force it to "develop, test and deploy the powerful physical means essential for national defense."

Trump has made unprecedented efforts to resolve the crisis in the Peninsula, shifting dramatically from warnings of “fire and fury” for North Korea if it continued to defy the international community in 2017 to two friendly summits in 2018 and 2019. He said on Friday that he received a "beautiful" three-page letter from Kim and predicted more talks.

However, this year talks have stalled on the question of Pyongyang’s denuclearization. Seoul and Washington have scaled down exercises since the first talks in 2018, but North Korea has continued to insist that even those violate agreements between Trump and Kim.