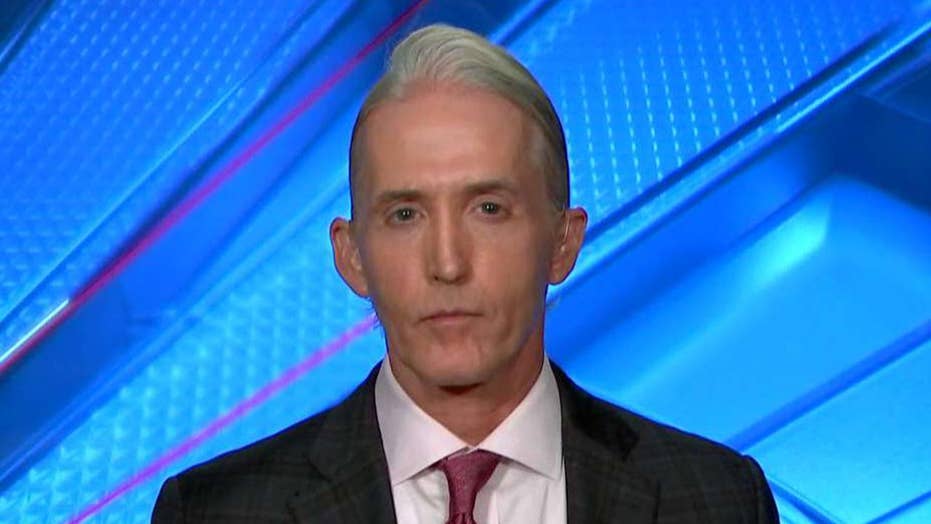 In fact, Gowdy said on Fox News' "Hannity," the only significant thing Mueller could possibly say is whether he would have indicted Donald Trump if he were a private citizen instead of president of the United States.

"I think what the Democrats are going to focus on is, had that [Justice Department] policy not been in place [against indicting a sitting president], would you have indicted private citizen Donald Trump? That's the only thing that can come out of this for the Democrats that would be significant," Gowdy told host Sean Hannity.

TREY GOWDY: MUELLER DOES NOT WANT TO 'PARTICIPATE' IN KEEPING THE RUSSIA STORY ALIVE

Mueller was supposed to appear before the House Judiciary and Intelligence committees this coming Wednesday but on Friday his scheduled hearings were postponed until July 24.

Gowdy -- a Republican who declined to seek re-election last November after representing South Carolina's 4th Congressional District for four terms, from 2011 until January of this year -- also advised Republicans to ask Mueller about all the things he "didn't bother to look for" during an investigation that lasted two years.

The former chairman of the House Oversight Committee (2017-2019) and House Benghazi Committee (2014-2016) told Hannity that America wouldn't learn much from the hearings unless Mueller "fumbles."

"Trust me when I say, Sean ... We're not going to learn a lot unless he fumbles. The answer from my point of view, the Republican point of view, if he fumbles, the answer on why he did not indict Donald Trump, then this thing will continue to go on for another six to nine, twelve months," Gowdy said.