Four out of the nine Supreme Court justices are expected to attend the State of the Union address, which President Trump will deliver Tuesday night before a joint session of Congress.

Chief Justice John Roberts, who has been presiding over Trump's impeachment trial, is set to be there, joined by Justice Elena Kagan and both of Trump's appointees, Justices Neil Gorsuch and Brett Kavanaugh, Fox News has learned.

STATE OF THE UNION: THE ECONOMY UNDER PRESIDENT TRUMP, BY THE NUMBERS

Several justices traditionally attend the annual presidential speech, typically sitting up front while dressed in their robes, after being announced as a group as they enter the House chamber. 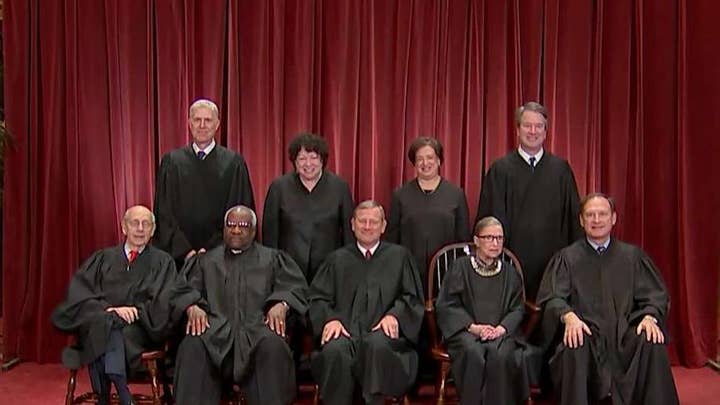 Roberts' presence during Trump's impeachment is a change from the previous time a State of the Union address was given by a president who was on trial before the Senate. During the 1999 impeachment trial of President Bill Clinton, Chief Justice William Rehnquist opted not to attend Clinton's State of the Union.

In 2000, the entire Supreme Court declined to attend, which is a rare occurrence.