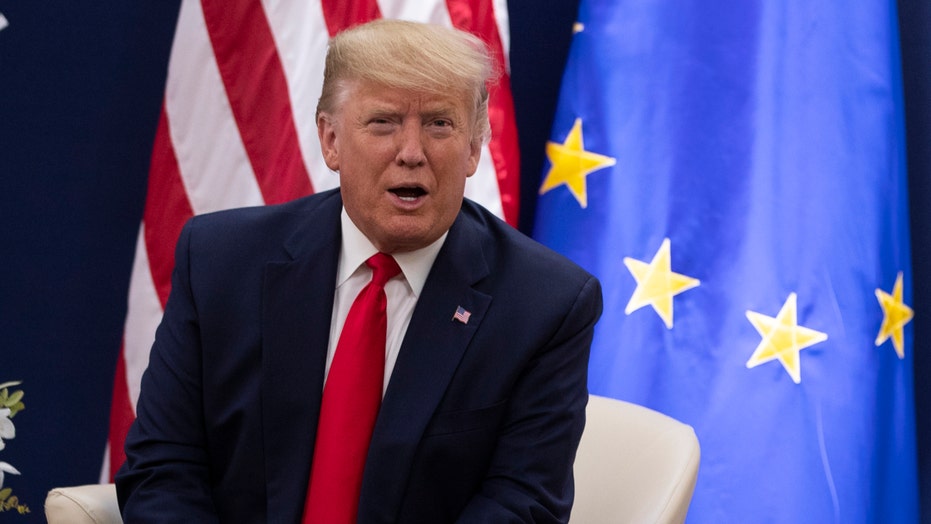 A robust U.S. economy that has proved solid and durable will be one of the highlights Tuesday night when President Trump gives his third State of the Union address.

Trump will deliver an “optimistic, inspirational, forward-looking” State of the Union address, according to presidential adviser Kellyanne Conway, who quipped that “success is the best revenge.”

Nine months before the election, the economy keeps growing steadily if only modestly. Unemployment is at a half-century low. Consumers, the quintessence of the U.S. economy, continue to spend. Average pay is rising faster than when Trump took office three years ago, with the largest percentage gains now going to lower-wage workers.

By the numbers, here is a deep dive into the American economy under the Trump administration.

Greater productivity is one of the two main drivers of growth; the other is an increase in the number of U.S. workers. Both have slowed in the past decade.

Economic growth was 2.3 percent in 2019, matching the average pace since the Great Recession ended a decade ago in the first year of Barack Obama’s eight-year presidency.

During the 2016 campaign, Trump boasted that his tax cut plan would boost annual growth to 4 percent a year — a brisk pace not seen since the late 1990s.

Instead, Trump is one of two presidents, along with Obama, since World War II not to have presided over a year of at least 3 percent growth.

Few economists think the economy will hit that target this year. 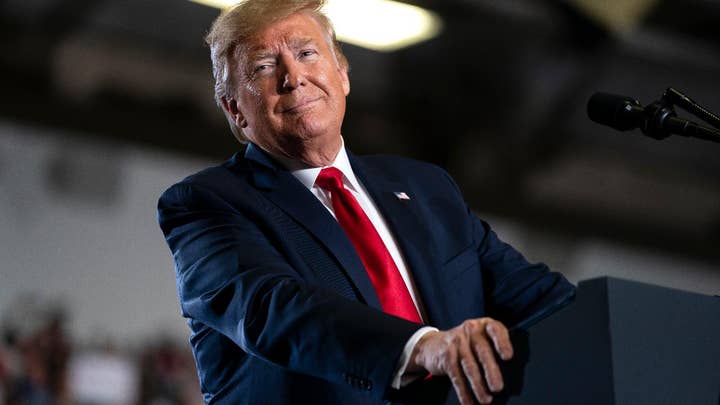 Most analysts do think Trump’s tax plan helped accelerate growth, just not the way he had promised.

“The Trump tax cuts were a sugar high that juiced the economy temporarily,” said Ryan Sweet, an economist at Moody’s Analytics.

The administration had vowed, though, that the tax cuts would do more than just encourage Americans to shop more.

The president’s top economists had said the tax cuts would accelerate corporate investment in machinery, computers and plants and office towers. All the new equipment would make workers more efficient, the argument went, thereby boosting productivity — the amount of output for each hour worked.

Most economists partly blame the stall on Trump’s trade wars, particularly with China. The trade conflicts have left American companies much less certain about the economic outlook and reluctant to expand and invest. Business investment shrank in the final three quarters of last year.

Nor have Trump’s business tax cuts and deregulation made the economy more dynamic. The growth of new companies has remained anemic since the 2008 downturn.

Larger businesses continue to dominate many industries, from technology to retail to finance.

All this is occurring despite significant stimulus. Trump has assailed Fed Chairman Jerome Powell for not cutting rates more, though the Fed’s benchmark rate is now in a range of just 1.5 percent to 1.75 percent, a very low level historically and one that is considered stimulative.

The Congressional Budget Office last week projected that the government’s deficit will top $1 trillion annually for the next decade. 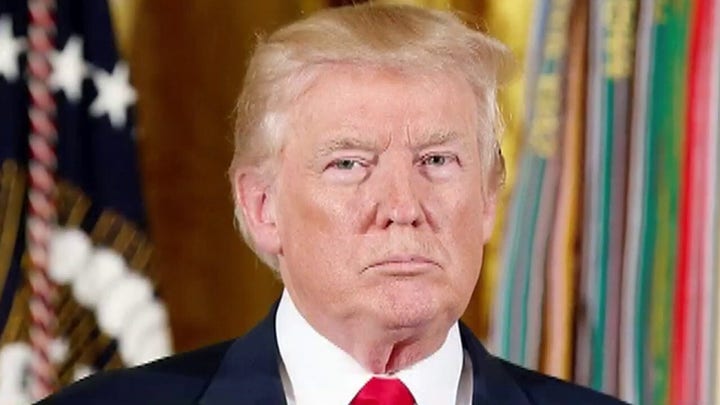 Trump recently has highlighted what he calls a “blue collar boom,” pointing to solid wage gains for lower-paid workers and healthy hiring in construction and manufacturing. But manufacturing jobs barely grew last year as factories hunkered down in the midst of the trade wars. Since Trump’s inauguration, manufacturing jobs have grown more slowly than employment overall has.

Ernie Goss, an economics professor at Creighton University in Nebraska, said the Midwest’s job growth has amounted to only about three-quarters of the national pace since Trump took office.

Farmers also have suffered from the trade war, he said, as retaliatory tariffs by China have clobbered exports of soybeans and other commodities. That, in turn, has hurt manufacturers of farm equipment, including Deere and Caterpillar.

“Everyone says the economy is going great guns, but that is everything except agriculture and manufacturing,” Goss said.

What’s more, most campaign battleground states in the Midwest, such as Michigan, Pennsylvania, Ohio and Wisconsin, have lost factory jobs in the past year.

Most manufacturing job growth under Trump’s presidency has occurred in Southern and Western states, said Dean Baker, senior economist at the liberal Center for Economic and Policy Research.

With fewer union members in those states, those factory jobs generally pay less.

In fact, manufacturing jobs, once a safeguard of the postwar middle class, now pay less on average than private-sector jobs overall, Baker said.

More people have come off the sidelines and found jobs, however, defying most economists’ predictions. The proportion of Americans in their prime working years — ages 25 through 54 — who are employed is now higher than before the Great Recession.

Last year, wages rose nearly 5 percent for the poorest one-fourth of Americans, far more than for the richest fourth, whose pay rose just 3 percent, according to the Federal Reserve Bank of Atlanta.

Still, richer Americans hold a far greater portion of the nation’s wealth, with the top 10 percent owning nearly 85 percent of the value of all stocks.

The moderate pace of growth has meant that so far, the economy isn’t showing evident signs of excess akin to the housing bubble that led to the 2008 financial meltdown.