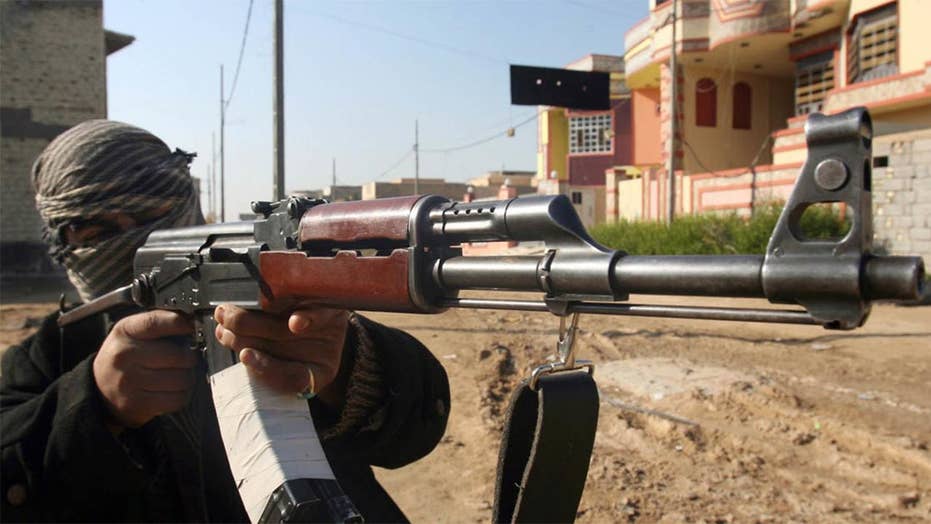 Dozens of inmates convicted of terrorism-related crimes will be released from prison over the next five years, and lawmakers in several states think local law enforcement have the right to know if they’re moving into their neighborhood.

That’s why officials are pushing for a new kind of registry, modeled after sex-offender registries that exist in most states – only for terrorists.

“After the Pulse nightclub and the Fort Lauderdale airport shooting, we know we can be susceptible to terrorist attacks,” Florida state Rep. Mike Hill, a Republican, told Fox News regarding his legislation to create such a terrorist registry. “A proposal like this may draw a little opposition, but this should be something that unites us.”

Hill was referring to the Pulse nightclub shooting in Orlando, where a man who identified with the Islamic State killed 49 people in 2016; and the Fort Lauderdale airport shooting in 2017, in which an Alaska man killed five people.

Lawmakers in Louisiana and Missouri also will be proposing bills in the 2019 legislative session to establish terrorist registries modeled after the sex-offender lists, said Christopher Holton, vice president for outreach at the Center for Security Policy, a national-security think tank.

“There is precedent,” Holton told Fox News. “We are not breaking new ground.”

In 2016, the New York state Senate passed a terrorist registry, but the measure died in the state Assembly.

Under most state proposals, failure to register with local law enforcement would be a felony for those convicted of terrorism-related crimes — such as attempting to finance terrorism or seeking to join a terror cell. Registration would be for life — with some possible exceptions to be determined by state courts or law enforcement.

'American Taliban' John Walker Lindh is among those convicted on terror-related charges set for release in the coming years.  (Reuters, File)

“Americans were joining the fight abroad or attempting to provide aid and comfort to terrorist organizations,” Moon continued. “They were apprehended, tried and incarcerated. When they are released, at least some will have the mentality to destroy America. Every sheriff should know if they are in the area.”

While the worst terrorists may be imprisoned for life, most terror-related convicts serve an average sentence of 13 years, usually in high-security federal prisons in Florence, Colo.; Terre Haute, Ind.; and Marion, Ill., The Associated Press reported.

Since 9/11, the federal government prosecuted about 400 jihadists. At least 61 individuals with terrorism-related convictions will be released from prison between 2018 and 2024, according to a December report, “When Terrorists Come Home: The Need for Rehabilitating and Reintegrating America’s Convicted Jihadists,” sponsored by the Counter Extremism Project, an international policy organization formed to combat extremist ideologies.

The report cited U.S. Sentencing Commission numbers showing the recidivism rate for federal prisoners is 44.7 percent after five years, while the rate for state prisoners is 76.6 percent. In 2010, the Office of the Director of National Intelligence estimated about 20 percent of former Guantanamo Bay detainees returned to the battlefield.

“Thus, the recidivism rate among violent extremist offenders within the U.S. is unlikely to be zero,” the Counter Extremism Project report said.

Among the terrorists set to be released in the next two years are the "American Taliban" John Walker Lindh and Kevin James, who plotted attacks on Jewish religious centers and American military institutions, noted Patrick Dunleavy, a former deputy inspector general for the state of New York, in an opinion piece for Fox News last May advocating for a national terrorist registry.

In Louisiana, state Rep. Stephanie Hilferty, a Republican, sponsored a 2018 resolution that created a task force to study the logistics of a state terrorist registry. The task force is expected to have recommendations by February to craft legislation.

“We have seen attacks on faith-based institutions and schools,” Hilferty told Fox News. “This just gives another tool to law enforcement to know when people are released for terrorism-based offenses.”

New Orleans lawyer Stephen Gele has worked with the Center for Security Policy to help draft model legislation for states. Gele noted some states have animal abuse or arsonist registries as well.

“This is modeled after the sex-offender registry, the one big exception is that it wouldn’t be accessible to the public, only local law enforcement,” Gele told Fox News. “The goal is that it can be accessed in real time by law enforcement. ... To our knowledge, there is no one physically tracking these people upon release. This would be a mechanism for law enforcement in the jurisdictions they live.”

Gele stressed that such laws would not target Muslims, or any religion or race.

“The registries would include radical anti-abortion extremists or radical environmentalists that commit acts of terrorism,” Gele said. “This is not about targeting any particular group, any particular terrorist group or any particular ideology.”

The National Sex Offender Registry allows each state to determine which crimes count as sex offenses. A national terrorist registry might be a better option, said retired Marine Col. Paul B. Deckert, who has advocated for the registry in Louisiana. But, it’s tough to move anything through Congress, he said.

“We have a sex-offender registry and other registries because the pattern is that certain groups of people who do bad are prone do bad again,” Deckert told Fox News. “If something does happen, don’t we want to be able to say we did everything we could to prevent it by having the tools in place to forecast the problem?”