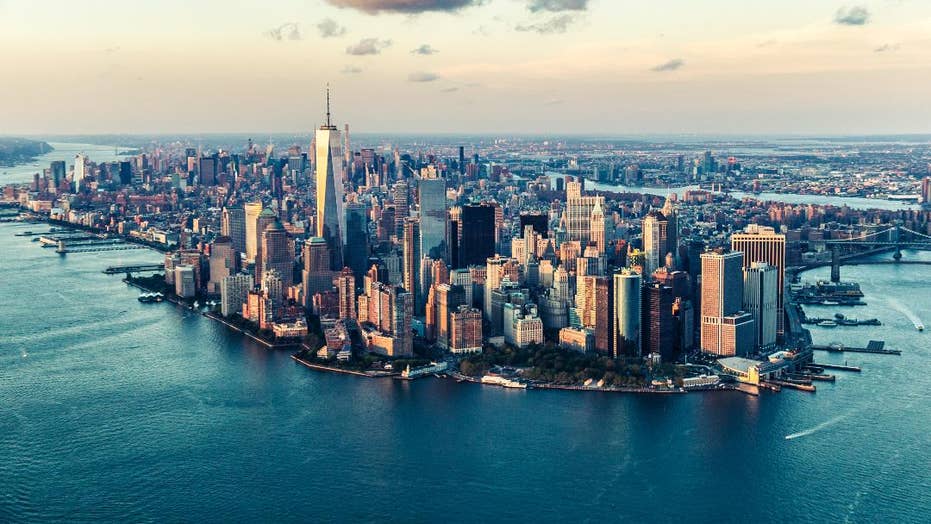 Since September 11, 2001 there have been four terrorist attacks carried out in New York City. Here’s a look back at the details and timeline of those incidents.

Domestic terrorist Herman Bell is a free man, walking the streets. And if a New York judge has his way, fellow terrorist Judith Clarke will be free as well.

This raises an increasingly important question: How many more convicted terrorists are already out there? It is impossible to answer accurately.

Since the Sept. 11, 2001 terrorist attacks, more than 500 people have been convicted in the U.S. of terrorist crimes. That number increases when you add in people, who – although investigated for terrorism – were allowed to plead guilty to a non-terrorism offenses such as wire fraud or illegal possession of a weapon.

For example, Edwin Lemmons was arrested by the FBI’s Joint Terrorism Task Force after he traveled overseas for jihadist training, yet he was only charged with possession of an assault rifle.

What happens when a terrorist is incarcerated is important. We know that there is currently no adequate prison program in place that deals specifically with rehabilitating terrorists. The federal Bureau of Prisons response to that alarming fact is to inform us that it “offers the same re-entry opportunities for all inmates.”

Does a convicted jihadist really need to learn how to make license plates? Or in the case of bomber Ahmad Khan Rahimi, does it help for him to take drama classes?

While these failures are troubling, what happens when terrorists are released from prison is exponentially more important.

Without a viable post-release program, terrorists who complete their sentences could just be dropped off at a gas station and told to take a bus somewhere. That’s exactly what happen to Shaker Masri after serving seven years in prison for attempting to travel to Somalia and join al-Shabaab, an Al Qaeda affiliate.

The recent case of Casey Charles Spain is an example of why we need a national registry for convicted terrorists. Spain spent seven years as an inmate with the Virginia Department of Corrections for numerous crimes, including sexually assaulting a 15-year-old girl.

While incarcerated, Spain converted to a radical form of Islam, pledged bayat (loyalty) to ISIS leader Abu Bakr al Baghdadi, and became a jihadist with an ISIS flag tattooed on his back. He was arrested again just three weeks after he was released from prison when he attempted to join ISIS and obtain the weapons needed to kill innocent civilians.

Spain was allowed to plead guilty to a non-terror classified crime that prohibits a felon to be in possession of a firearm and carries a maximum penalty of 10 years in prison.

Ironically, Spain will be listed in the National Sex Offender Registry when he is released from prison. That is because the Sex Offender Registration Act lets each state determine which crimes are considered sex offenses. In addition, prosecutors can include the registry in plea agreements, even if the defendant pleads guilty to a lesser charge.

Nothing about Spain’s terrorism connection will be in the public domain because there is currently no national registry for convicted terrorists. But the government sees a clear threat on the day he is released: “The notion that the defendant (Spain) will recidivate, and recidivate badly, when released to the community should not be subject to serious dispute,” prosecutors wrote in a pre-sentence memorandum.

In other words, prosecutors have no doubt that Spain will commit another violent crime when gets out of prison.

The memorandum went on to highlight the importance of protecting society from someone like Spain who “has a long history of victimizing those around him.”

It makes no sense to require the community be alerted when Spain, a convicted sex offender, is released but keep citizens and local law enforcement in the dark when a convicted terrorist is set free in that same community.

Another challenge to public awareness about terrorists released from prison is the varied nature of their incarceration. Most are housed in federal penitentiaries, but some, like domestic terrorists Bell or Clarke, were prosecuted and jailed at the state level.

Rules can vary state to state, and communication among the various bureaucracies often does not exist.

A national terrorist offender registry would take the information from all participating criminal justice agencies and place it in one repository within the FBI’s National Crime Information Center (NCIC), which currently manages the National Sex Offender Registry.

Since 2001, approximately 300 convicted terrorists have been released. Where are they now? How many have re-offended?  We simply do not know, and within the next two years, more terrorists will be released including American Taliban John Walker Lindh, and Kevin James, who plotted to attack military institutions and Jewish religious centers.

Shouldn’t the Jewish community be informed when someone who plotted to bomb synagogues is being released?

Congressional leaders need to enact a National Terrorist Offender Registry. It would be vital component to our ever changing counterterrorism strategies and would keep local law enforcement and community leaders informed of potential threats.