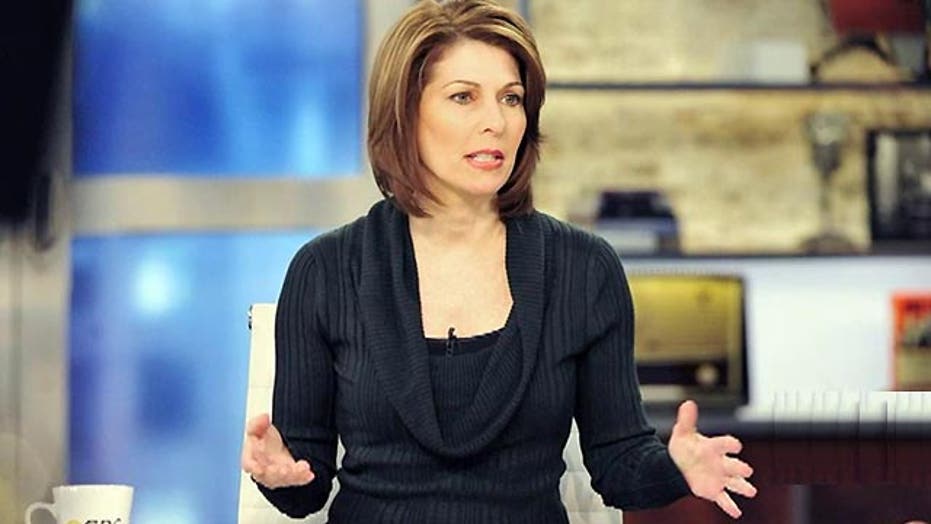 From the moment that Sharyl Attkisson met a shadowy source I’ll call Big Mac, she was plunged into a nightmare involving mysterious surveillance of her computers.

They met at a McDonald’s in Northern Virginia at the beginning of 2013, and the source (she dubs him Number One) warned her about the threat of government spying. During their next hamburger rendezvous, Big Mac told Attkisson, then a CBS News reporter constantly at odds with the Obama administration, that he was “shocked” and “flabbergasted” by his examination of her computer and that this was “worse than anything Nixon ever did.”

Attkisson’s forthcoming book--“Stonewalled: My Fight for Truth Against the Forces of Obstruction and Intimidation in Obama’s Washington”—reads in part like a spy thriller. Just when you think Attkisson’s imagination might be running away with her comes wave after wave of evidence that both her CBS computer and personal iMac were repeatedly hacked and its files accessed, including one on Benghazi. A consultant hired by CBS reached the same conclusion. Further scrutiny of her personal desktop proves that “the interlopers were able to co-opt my iMac and operate it remotely, as if they were sitting in front of it.” And an inspection revealed that an extra fiber-optics line had been installed in Attkisson’s home without her knowledge.

This is chilling stuff.

There is the strong implication that an administration that spied on the Associated Press and Fox News correspondent James Rosen might have been involved. A Justice Department spokesman said in an earlier statement that "to our knowledge" the department "has never 'compromised' Ms. Attkisson's computers" or tried to obtain information from any of her devices. A spokeswoman for CBS News said the network had no comment on the book.

In the fall of 2013, with White House officials accusing Attkisson of being biased in her Benghazi reporting, the files in her MacBook Air suddenly began deleting at hyperspeed right before her eyes. She videotaped the process and showed it to two computer experts. "They're [blanking] with you," one says. "They're trying to send you a message," says the other. The experts also found evidence that the intruders had tried to cover their tracks by erasing 23 hours of log-in information.

The computer melodrama forms the backdrop for the deterioration of Attkisson’s relationship with CBS, where she worked for two decades and won Emmys and other awards. Time and again, she writes, network executives in New York and Washington derailed her stories and treated her like a troublemaker:

“They rarely said the story wasn’t going to air. They just let it sit around and ‘loved it’ until it began to stink like old fish.”

And Attkisson names names, saying the blocking of her work became virtually routine under CBS anchor Scott Pelley and his then-executive producer, Pat Shevlin. Stories were repeatedly rewritten, watered down and delayed until they never made air, she says. And Attkisson says these weren’t just stories that took on politically charged controversies involving the administration, but also pieces that challenged government waste and corporate conduct, such as the questions surrounding Boeing’s Dreamliner.

Perhaps the most eye-opening tale involves CBS’s “60 Minutes,” Benghazi and the president. During the second presidential debate in 2012, Obama challenged Mitt Romney by insisting he had labeled the assault in Libya a terrorist attack the very next day. This became a huge controversy, especially since CNN’s Candy Crowley had sided with the president.

Turns out that Steve Kroft had conducted a “60 Minutes” interview with Obama the day after the attack, portions of which had never aired. When Attkisson did a story on the flap, her CBS bosses instructed her to use a particular script and a particular sound bite that seemed to back up the president’s version.

She was stunned when a CBS colleague later read her another exchange from the interview:

KROFT: Mr. President, this morning you went out of your way to avoid the use of the word terrorism in connection with the Libya attack.

The correspondent then asked point-blank:

KROFT: Do you believe that this was a terrorist attack?

OBAMA: Well, it’s too early to know exactly how this came about, what group was involved, but obviously it was an attack on Americans.

Attkisson writes, “I couldn’t get past the fact that upper-level journalists at CBS had been a party to misleading the public.”

Under pressure from Attkisson and others, the network posted the exchange on its website the Sunday night before the election, but it got lost in the final hours of the campaign. She says CBS News President David Rhodes promised her there would be an internal investigation, but she never heard another word about it.

Attkisson, who will not comment until the book is published, resigned in frustration last spring. She says there was a campaign to paint her as a disgruntled conservative, while in reality she investigated George W. Bush’s administration as aggressively as Obama’s.

Attkisson doesn’t explicitly accuse CBS and the rest of the mainstream media of a pervasive liberal bias. But that view is clear from sheer accumulation of detail in her book.