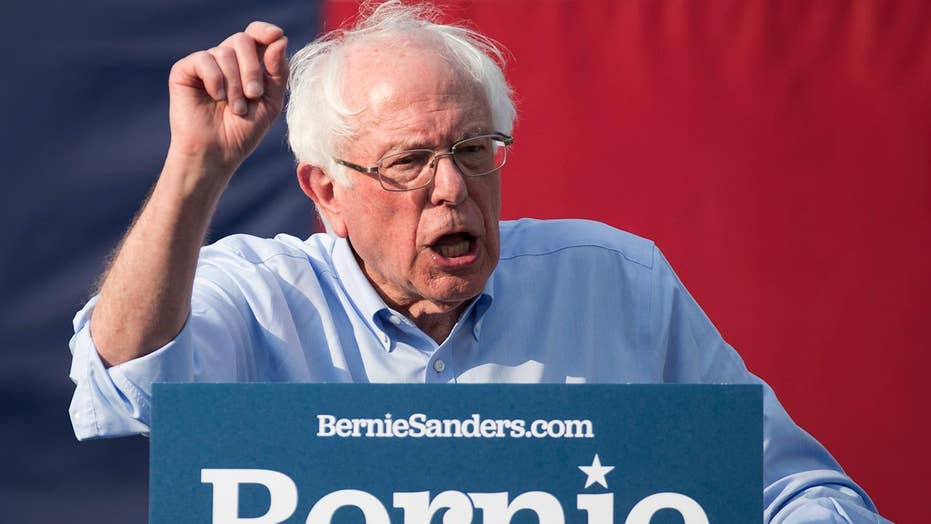 Democratic presidential candidate Bernie Sanders doubles down, repeats call for felons to vote from prison; reaction on 'The Five.'

The panelists on "The Five" were fired up Thursday about presidential candidate Sen. Bernie Sanders, I-Vt., saying felons in prison, including the Boston Marathon bomber, should be able to vote.

On Wednesday, Sanders doubled down on his remarks made at a CNN town hall earlier in the week.

Co-host Juan Williams gave credit to Sanders for casting light on the issue.

"Bernie Sanders is moving this conversation incrementally. You don't want to hear it," Williams said.

Co-host Dana Perino argued that Sanders was shifting the conversation to restoring felons' rights after prison because he was scrutinized for saying felons behind bars should be permitted to vote.

"That's not true. I'm not going to take a backseat on felon voting rights," Perino said, saying the topics were separate.

"But, that's not what Bernie Sanders is talking about. That wasn't the initial thing the other day, and him moving the conversation incrementally is to try to save face," Perino argued.

Williams defended his point, saying, "You act as if America isn't having this conversation."

Gutfeld then jokingly argued that prisoners should be given guns while locked up.

"I should be able to have my gun too, right. If I want my voting rights, I should have my gun rights," Gutfeld said, laughing.