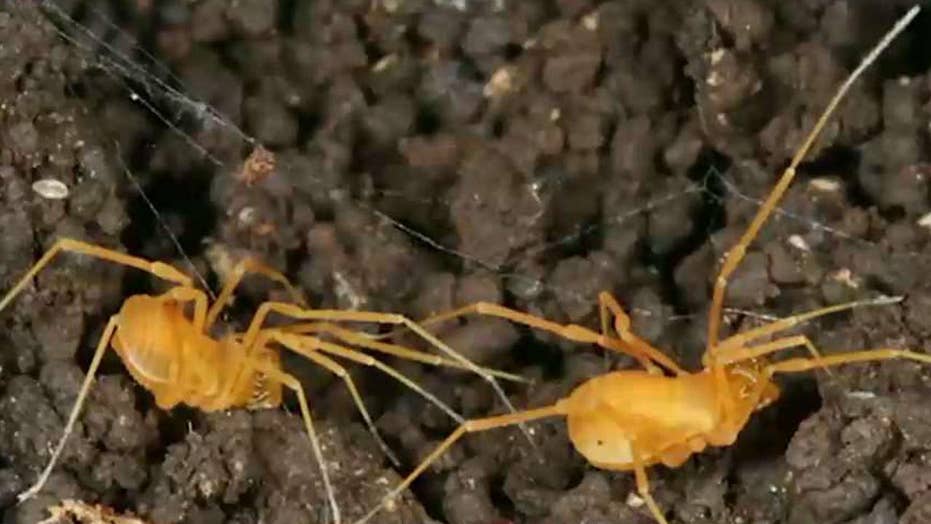 Some argue the Endangered Species Act is exploited; Casey Stegall has the story for 'Special Report'

The fourth-generation Texan had never heard of Texella reyesi until crews came out to widen a nearby road more than a decade ago. As with many construction projects, environmental impact workers came out before the bulldozers. They found Texella reyesi, commonly known as the Bone Cave Harvestman, in three limestone crevices on Yearwood’s land.

The road expansion project was built, though at a distance from the area where the spiders were found. But Yearwood says since then, he’s been stuck with land he can’t really use due to concerns about how environmental regulations protecting the spider now affect the property. “We call it Heartbreak Acres,” Yearwood said of the area, which is part of his 865-acre parcel in Williamson County, about an hour north of Austin.

The problem is not that Yearwood wants to sell the land – he doesn’t. Rather, the rancher says he doesn’t even know what can be done on the property. His attorney, Robert Henneke with the Texas Public Policy Foundation, says the Endangered Species Act doesn’t spell it out.

One of the limestone crevices on John Yearwood’s land. (Fox News)

“When you get such a vague and amorphous law,” Henneke said, ”then you put all the power in the hands of unelected bureaucrats who decide for themselves what they want to punish and what they don’t.”

So while setting up a Walmart on the spot is clearly out, Yearwood is concerned other, less obvious activities could also disturb the spider and get him in trouble—with fines, and even potential jail time. In the past, Yearwood might have invited Scout troops to camp or the local fire department to train, but now, he doesn’t.

Yearwood and the county are now fighting in federal court to get the Bone Cave Harvestman off the Endangered Species list.

“What the government is basically doing is making the Yearwood family, at their own expense, have a federal wildlife preserve,” Yearwood said.

Yearwood's attorney argued the federal government also overstepped its bounds, since Washington can regulate “interstate commerce” – but the spider, he said, isn’t a commercially viable species and isn’t found anywhere else but in Texas.

Some environmentalists find that argument chilling. Most endangered species reside in a handful of states and on private land. “The Bone Cave Harvestman is not a very appealing creature,” admitted Joan Marshall with the Travis Audubon. But, she argued, leaving its fate to private landowners or individual states is also unappealing because the creature’s existence could be vital to people well beyond its boundaries.

“The real importance of the Bone Cave Harvestman is that it’s an indicator species,” Marshall said. “It signifies the health and well-being of the environment it occupies.” Meaning, it could be the canary in the coalmine signaling larger, more serious environmental problems.

Marshall argued that while the ESA hasn’t been perfect, it’s done what it was set out to do. “The Endangered Species Act is to protect species,” she said. “It’s done an amazing job … we have saved 99 percent of the species.” She points to bald eagles, grizzly bears, whooping cranes and condors as just a few examples.

Yearwood remains unconvinced. He said he’s not anti-bug; he’s just not sure the Texella reyesi is really endangered. Though he has yet to see the spider after all these years, Yearwood pointed out it’s been discovered in other areas.

Ultimately, it won’t be Yearwood or Marshall who will decide. The case continues to work its way through the court system, as slowly and methodically as an eyeless arachnid, clinging to the inside of a black cave, blissfully unaware of the controversy it’s causing.