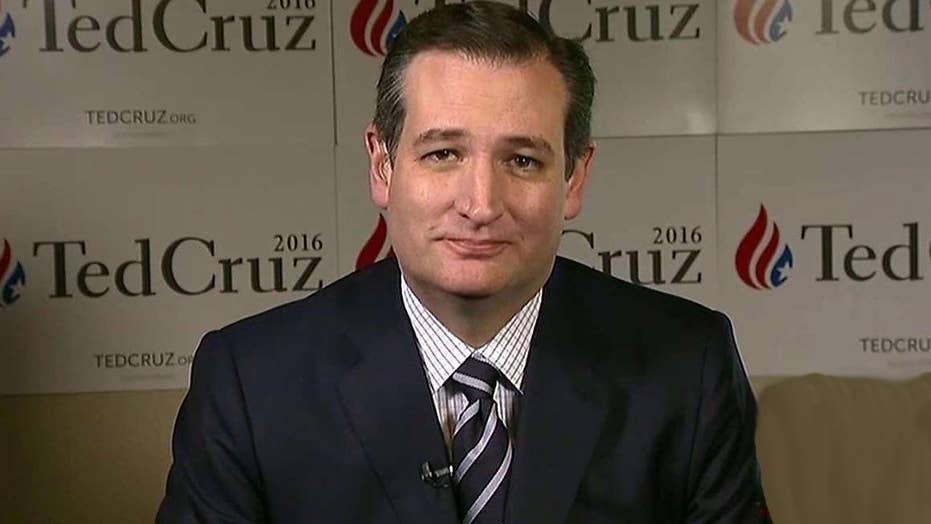 Sen. Ted Cruz: This is a nation at war

Republican presidential candidate Ted Cruz had a moment Wednesday when questioned by Fox News' Bret Baier about comments he made in 2013 as the Senate considered an immigration reform bill.

Questioning the Texas lawmaker about a statement he made during this week's GOP presidential debate – "I've never supported legalization, I do not intend to support it" – Baier brought up purportedly contradictory statements Cruz made in 2013.

Baier played a clip of Cruz calling "people of good faith on both sides of the aisle" to pass a bill "that allows those that are here illegally to come in out of the shadows."

Cruz responded by saying his amendment would "remove citizenship."

Baier, however, tripped the usually self-assured senator up by quoting the lawmaker saying that the legislation was "the compromise that can pass." "If my amendment were adopted, this bill would pass," Cruz also said.

Cruz told Baier that although he wanted his amendment to pass, it didn't mean he "supported other aspects of the bill" and went on to defend his strict stance on immigration by referencing the support he has from Alabama Sen. Jeff Sessions.

The candidate said his amendment to the bill "illustrated hypocrisy of the Democrats" and "succeeded in defeating the bill."