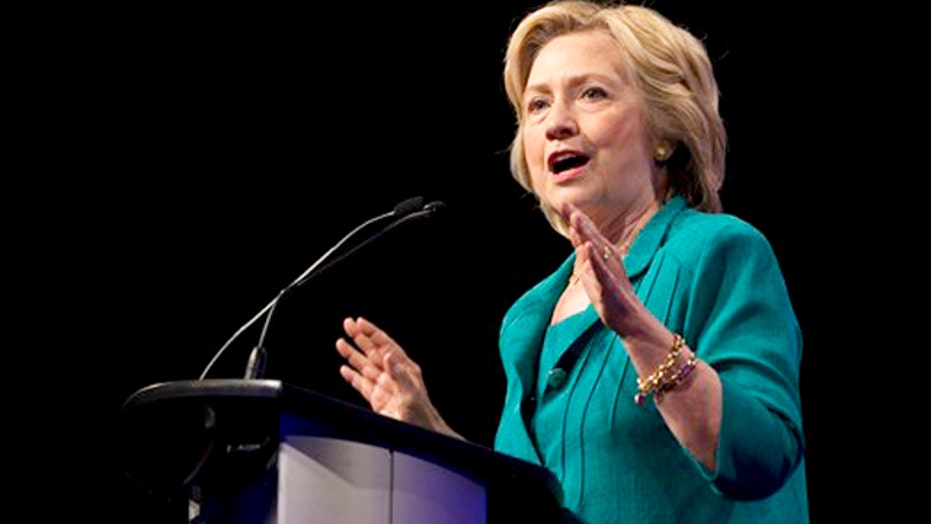 'Clinton Cash' author on UBS connections to the Clintons

Donations to the Clinton Foundation by Swiss bank UBS increased tenfold after Hillary Clinton intervened to settle a dispute with the IRS early in her tenure as secretary of state, according to a published report.

According to the Wall Street Journal, total donations by UBS to the foundation grew from less than $60,000 at the end of 2008 to approximately $600,000 by the end of 2014. The Journal reports that the bank also lent $32 million through entrepreneurship and inner-city loan programs it launched in association with the foundation, while paying former President Bill Clinton $1.5 million to participate in a series of corporate question-and-answer sessions with UBS Chief Executive Bob McCann.

Though there is no evidence of wrongdoing, ties between the Clinton Foundation, major corporations and foreign governments have come under increasing scrutiny as Hillary Clinton begins her presidential campaign. The UBS case is unusual in that it shows a top U.S. diplomat intervening on behalf of a major overseas bank in a situation where federal prosecutors and the Justice Department had been the lead entity.

Clinton, speaking to reporters on Thursday, called any suggestion the donations from UBS to the Clinton Foundation were connected to her intervention "categorically false."

"It's the kind of unfortunate claim or charge that you see in campaigns, and all I can do is say there is no basis to it," she said.

Clinton's campaign earlier acknowledged to Fox News that she did intervene, but maintained that was only because the Swiss -- at the ministerial level -- raised this issue with the secretary of state.

"Secretary Clinton is proud of her time at the State Department, and about the work she did and the decisions she made for the betterment of our security and our prosperity," campaign spokesman Nick Merrill said. "Any suggestion that she was driven by anything but what's in America's best interest would be false. Period."

UBS' legal battles with the U.S. government date from 2007, when a whistleblower told the Justice Department that UBS had helped thousands of Americans open secret accounts to avoid U.S. taxes. In 2009, the bank paid a $780 million fine and turned over the names of 250 account holders to U.S. authorities as part of a deferred-prosecution agreement.

However, that same year, the IRS requested that UBS turn over the names of U.S. citizens who owned 52,000 secret accounts worth an estimated $18 billion. The bank maintained that doing so would be a violation of Swiss privacy laws. The Journal reports that UBS enlisted the Swiss government to settle the matter. Clinton, recently sworn in as secretary of state, first met with her Swiss counterpart, Foreign Minister Micheline Calmy-Rey, in March of 2009.

Over the next three months, the Journal reports, the U.S. and Switzerland engaged in a series of complex negotiations. Citing diplomatic cables published by Wikileaks as well as people involved in the case, the Journal reports that the U.S. pressed Switzerland to work for the release of American journalist Roxana Saberi, who was being held by Iran. Another issue Clinton brought up was alleged violations of international sanctions by a Swiss energy-consulting company thought to be providing civilian nuclear technology to Iran. The Swiss embassy represented U.S. interests in Iran, which has not had formal diplomatic relations with Washington since 1979.

After Saberi's release that May, the shutting down of the Swiss energy company's Iran operations that July, and the expressed willingness the Swiss government to accept some low-level detainees from Guantanamo Bay, the Journal reports settlement talks intensified.

Under the terms of the deal, which was announced by Clinton and Calmy-Rey July 31, UBS would turn over information about 4,450 account-holders, a fraction of the 52,000 sought by the IRS.

The deal was criticized by members of Clinton's own party in Congress. Then-Sen. Carl Levin, D-Mich. called the agreement "disappointing."

In recent weeks, Clinton's corporate ties have been harped on by Independent Vermont Sen. Bernie Sanders, who has made some gains on her in polls of early-voting states.