Steyn: Courts and bureaucracy have ganged up on Trump

The justices said the policy can take full effect despite multiple legal challenges against it that haven’t yet made their way through the legal system.

The ban applies to people from Syria, Chad, Iran, Libya, Somalia and Yemen.

Lower courts had said people from those countries with a "bona fide" relationship with someone in the United States could not be prevented from entry.

Grandparents and cousins were among the relatives courts said could not be excluded. 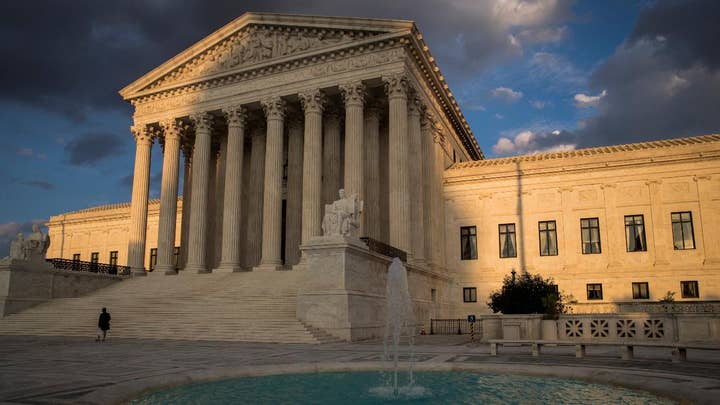 The nine-member high court said in two one-page orders late Monday afternoon that lower court rulings that partly blocked the ban should be put on hold while appeals courts in Richmond, Va., and San Francisco take up the case.

Liberal-leaning Justices Ruth Bader Ginsburg and Sonia Sotomayor said they would have left the lower court orders in place.

The justices offered no explanation for their order, but the administration had said that blocking the full ban was causing "irreparable harm" because the policy is based on legitimate national security and foreign policy concerns.

Both courts are scheduled to hear arguments in those cases this week.

Both courts are also dealing with the issue on an accelerated basis, and the Supreme Court noted it expects those courts to reach decisions "with appropriate dispatch."

Quick resolution by appellate courts would allow the Supreme Court to hear and decide the issue this term, by the end of June. 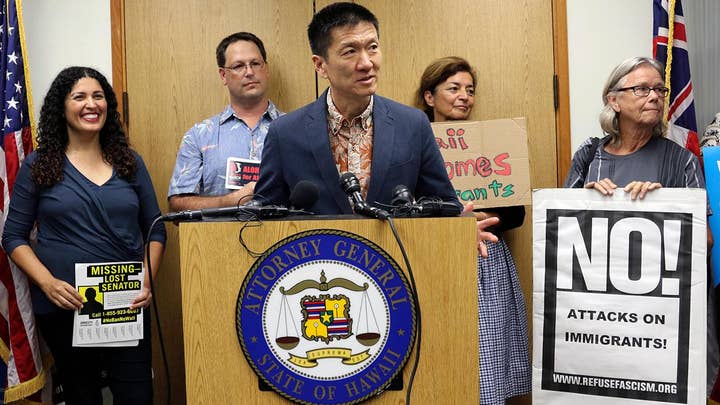 Gidley added in a written statement, “We look forward to presenting a fuller defense of the proclamation as the pending cases work their way through the courts.”

“We are pleased that the Supreme Court has agreed to allow us to fulfill this most vital mission performed by any sovereign nation.  DHS will continue to fully implement the President’s robust and Constitutional counterterrorism agenda in accordance with the law,” the Department of Homeland Security's acting press secretary, Tyler Q. Houlton, said.

Trump’s travel ban has been challenged in separate lawsuits by Hawaii and the American Civil Liberties Union. Both have argued the ban discriminates against Muslims and should not go into effect under immigration laws.

"President Trump’s anti-Muslim prejudice is no secret — he has repeatedly confirmed it, including just last week on Twitter," Omar Jadwat, director of the ACLU's Immigrants' Rights Project, said in a statement. "It's unfortunate that the full ban can move forward for now, but this order does not address the merits of our claims. We continue to stand for freedom, equality, and for those who are unfairly being separated from their loved ones. We will be arguing Friday in the Fourth Circuit that the ban should ultimately be struck down."

Trump issued his first travel ban within days of being sworn in as president. That version tightened the country’s refugee and visa policies and suspended almost all refugee admissions for four months.

Trump issued a revised version in March after the first was blocked by federal courts. The second one expired in September after a lengthy court fight and was replaced with the current version.