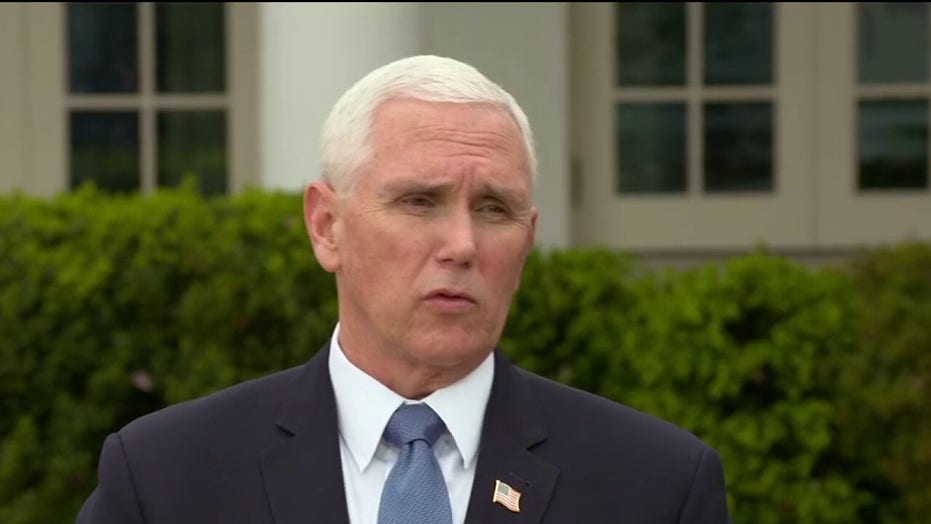 A super PAC led by a former aide to Hillary Clinton is rolling out a $6 million ad campaign starting Tuesday that attacks President Trump's response to the coronavirus pandemic.

The super PAC, Priorities USA, will utilize Facebook ads in addition to multiple on television that highlight the coronavirus' spread under Trump's leadership. Ads will focus on voters in four key battleground states -- Florida, Michigan, Wisconsin, and Pennsylvania -- and contrast Trump with former Vice President Joe Biden, his likely competitor in the 2020 presidential election.

“From the beginning of the coronavirus outbreak, Donald Trump has repeatedly misled the American people and exposed us to unnecessary danger. His failure to lead continues to have real life and death consequences as hospitals, local and state governments, small businesses, and millions of Americans are left without the tools and information they need,” Cecil said in a press release.

One of Priorities USA's ads, tweeted on Monday, is almost identical to another mysterious ad that surfaced on Twitter last week. "Fellow Americans," a 501(c)(4) nonprofit, ran the ad but it's unclear where the group originated. Its website is sparse and vaguely refers to opposing political division in the United States. Both ads splice together Trump's statements while displaying a chart that shows the increasing number of coronavirus cases in the United States.

Americans for Public Trust, an outside group led by former Nevada Attorney General Adam Laxalt, a Republican, raised concerns last week about the networks behind the pandemic-related attacks on the president.

The group is claiming that similar anti-Trump messaging is coming from a series of organizations tied to Arabella Advisors -- a dark money nonprofit providing help to liberal groups. Specifically, it manages the New Venture Fund (NVF) and the Sixteen Thirty Fund, both of which have supported another Democrat-aligned group -- American Bridge -- that's hitting Trump on the coronavirus response. The New Venture Fund has also supported Acronym, the nonprofit led by Plouffe.

In a statement provided to Fox News, New Venture Fund clarified that it had nothing to do with Pacronym's ad.

"New Venture Fund is an independent 501(c)(3) organization that provides fiscal sponsorship to nonprofit projects, providing them with tools and administrative support including human resources, legal, financial and compliance services. We are a non-partisan organization — not a SuperPAC — and have nothing to do with the activity at PACRONYM in your report," the group said.

Tim Murtaugh, communications director for the Trump campaign, blasted the group's ad in a statement to Fox News.

“It used to be that Americans faced national adversity with unity, but Joe Biden and his allies have abandoned that principle in favor of rank, despicable politics. They offer nothing but partisan sniping from the sidelines and seek to undermine the federal response to the crisis by misinforming and frightening people," he said.

He continued: "The ad also contains the already disproven lie that President Trump called the virus a ‘hoax,’ when in fact he was referring to Democrat and media criticisms of the federal response as ‘their new hoax.’ All Joe Biden knows about handling a public health crisis is that the Obama White House had to apologize for his irresponsible remarks during the swine flu outbreak in 2009. Americans can see that President Trump is out front and leading this nation and is the clear choice to see us through the crisis."

One of those quotes includes Trump's "hoax" comment but does so by combining two separate statements and not providing the words Trump said before he used the "hoax" label. "The coronavirus, this is their new hoax," the ad says. According to The Washington Post, Trump never made that exact statement but it was included in another ad released by former Vice President Joe Biden's campaign.

The Post also determined that Trump wasn't calling the virus itself a hoax. "Now, the Democrats are politicizing the coronavirus," Trump told the crowd. "Coronavirus, they're politicizing it. We did one of the great jobs. You see, 'How's President Trump doing?' They go, 'oh not good, not good.' They have no clue. They can't even count their votes in Iowa -- not they can't, they can't count their votes."

Said Trump: "One of my people came up to me and said, 'Mr. President, they tried to beat you on Russia, Russia, Russia, that didn't work out too well. They couldn't do it. They tried the impeachment hoax,' that was on a perfect conversation, 'they tried anything, they tried it over and over and they've been doing it since you got in. It's all turning, they lost, it's all turning -- think of it, think of it, and this is their new hoax.'"