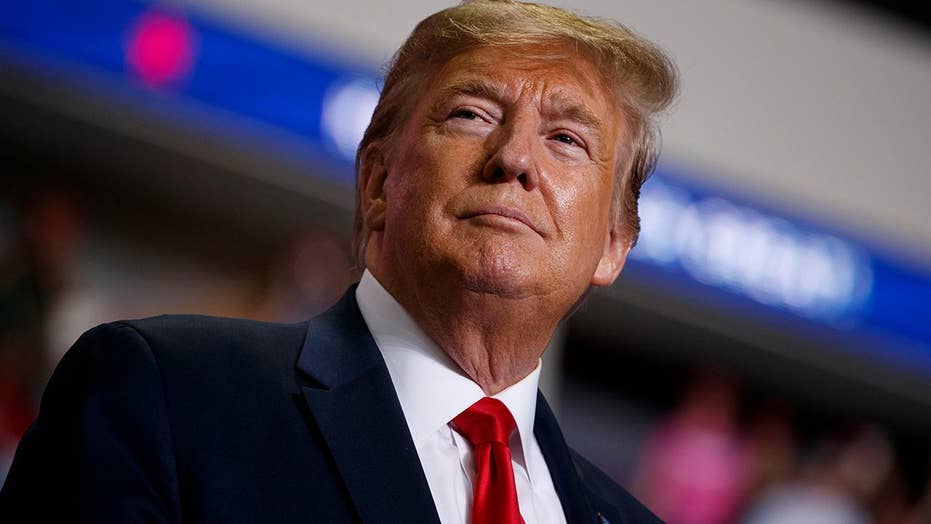 A new study claims that progressives' Green New Deal (GND) would impose around $75,000 in average annual costs for households in key battleground states -- raising questions as to how climate politics will impact voter sentiment going into the 2020 elections.

Those figures incorporate the cost of electricity production within the first year of the program, a one-time upgrade to vehicles and housing, as well as shipping and logistics costs incurred from GND mandates.

The report also identifies collective costs per state based on all of those factors, omitting electricity production.

In total, these states would face $2.7 trillion in aggregate costs to households. Households just in the key battleground state of Florida would face $700 billion in collective costs to fulfill the GND's goal of transitioning towards electric vehicles, retrofit residential buildings, and complying with changes to shipping and logistics. Released on Wednesday, the study found that households in other major states -- like Ohio, Michigan, and Pennsylvania -- would incur roughly $200-$400 billion in initial costs.

Because the GND is so sweeping in its goals, it was difficult for CEI to fully account for the true costs of implementation. And it's unclear how Democratic spending would help mitigate the costs incurred by households.

Yet, the free market think tank calculated base estimates showing a hefty price for GND mandates energy-related provisions of the progressive proposal. The other aspects of the proposal, it said, "dwarf the energy-related costs by an order of magnitude."

As the study's authors point out, their numbers provide just a basis for the actual cost of the energy-related provisions. For example, their calculations exclude costs for air cargo, as well as for retrofitting commercial and industrial buildings. "Taken together, the estimated costs for retrofitting current residential, commercial, and industrial buildings is astronomical," wrote authors Daniel Turner and Kent Lassman.

“The Green New Deal would effectively destroy America’s energy industry, and with it, our entire economy,” added Turner, the executive director of Power the Future, which partnered with CEI on the project.

“Right now, our booming national economy and record low unemployment rate is driven by abundant, domestic, reliable, and inexpensive energy produced by millions of men and women across the country," he said. "Any policy that proposes to reverse this success is a threat to jobs, to rural communities, to national security, and to the very prosperity that Americans are experiencing.”

Both CEI and the Heritage Foundation have found that the Green New Deal's energy goals alone would cost households hefty and likely impractical sums.

When the American Action Forum (AAF), led by former Congressional Budget Office director Douglas Holtz-Eakin, looked at the GND, it accounted for several other goals with primarily economic aims ("universal health care" and "guaranteed jobs"). It found that the program could cost as much as $94 trillion. By including those provisions, AAF's calculations estimated that the average cost per household would be $600,000.

CEI has come under fire for taking donations from groups associated with Charles and the late David Koch, two figures progressives have attacked for opposing climate change efforts. The organization describes itself on its website as a "non-profit public policy organization dedicated to advancing the principles of limited government, free enterprise and individual liberty. CEI's mission is to promote both freedom and fairness by making good policy good politics."

Wednesday's numbers came as the Democratic primary results continued pointing to a strong progressive sentiment among those in the party: Sen. Bernie Sanders, I-Vt., who has endorsed the GND and received backing from its primary sponsor, won by substantial margins in both New Hampshire's and Nevada's contests this month.

Although voter concern about climate change has reportedly increased, it appears to be driven by Democrats. There's a wide gap between the percentage of Republicans and Democrats who describe it as a top policy priority, according to Pew Research Center.

Sanders and Rep. Alexandria Ocasio-Cortez, D-N.Y., the plan's primary proponent, maintain that the cost of inaction on climate change is unsustainable. According to Sanders, the proposed solutions -- infrastructure and investment -- would boost the U.S. economy as well.

On Tuesday, Sanders released more details about how he proposed to pay for his version of the GND, which he says would cost $16.3 trillion. That included $3.085 trillion from penalizing the fossil fuel industry "for their pollution" and from eliminating fossil fuel subsidies.

Another $6.4 trillion would purportedly come from "power marketing administrations," which are energy entities created by government takeovers of the energy sector. It's unclear how much those would cost and if that would offset the projected revenue increase.

Finally, Sanders warns that without action on climate change, the U.S. will "lose $34.5 trillion by the end of the century." He also predicts savings as high as $70.4 trillion over 80 years by "averting climate catastrophe."