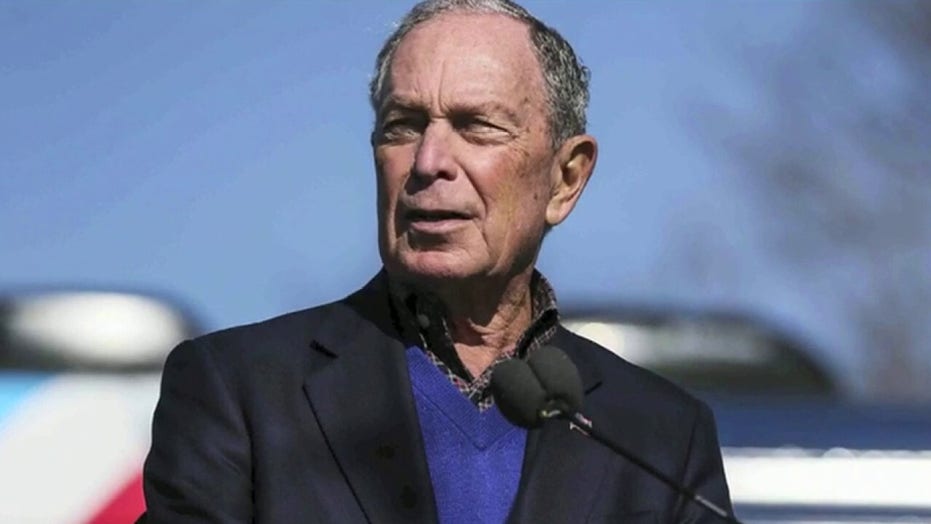 A program funded by 2020 presidential candidate Michael Bloomberg is paying the salaries of lawyers who are farmed out to liberal state attorney general offices to pursue climate-based litigation -- a compact critics say amounts to Bloomberg buying state law enforcement employees to advance his preferred political agenda.

The arrangement, which currently pays the salaries of Special Assistant Attorneys General (SAAGs) in 10 Democratic AG offices, is drawing new scrutiny now that Bloomberg is running for president. The New York University School of Law's State Energy & Environmental Impact Center, which was started in 2017 with $5.6 million from Bloomberg's nonprofit, hires mid-career lawyers as "research fellows" before providing them to state AGs where they assist in pursuing "progressive" policy goals through the courts.

"This is a fundamental question of ethics and who's running our government," said West Virginia Attorney General Patrick Morrisey, one of a handful of Republican attorneys general who have raised concerns about the Bloomberg-funded program. "When you actually get to place someone in under a specific agenda and then pay them and they’re within the office, that starts to call into question whether there are multiple masters within an attorney general office and that starts to really stink.”

According to its website, the NYU State Impact Center currently has attorneys placed in the AG offices for Washington, D.C., Delaware, Connecticut, Illinois, Massachusetts, Maryland, Minnesota, New Mexico, New York and Oregon. The attorney general running each of those offices is a Democrat.

The NYU center was first announced in an August 2017 press release, noting that it was boosted with funding from "Bloomberg Philanthropies," the informal name for Bloomberg Family Foundation Inc. According to the foundation's 2017 IRS 990 form, the $5.6 million came in the form of one $2.8 million payment in 2017 and another to follow in 2018. The Bloomberg Family Foundation's 990 forms are not available for 2018 or 2019, so it is unclear whether Bloomberg continued to fund the State Impact Center last year or if he has yet in 2020.

In an August 2017 email to state attorneys general, State Impact Center Executive Director David Hayes, a former member of the Clinton and Obama administrations, laid out the qualifications for AGs hoping to hire SAAGs from the program.

"The opportunity to potentially hire an NYU Fellow is open to all state attorneys general who demonstrate a need and commitment to defending environmental values and advancing progressive clean energy, climate change, and environmental legal positions," Hayes said.

That email, along with other documents reviewed for this report, was obtained by conservative nonprofit Energy Policy Advocates and shared with Fox News.

It continued: "State attorneys general should describe the particular scope of needs within their offices related to the advancement and defense of progressive clean energy, climate change, and environmental matters."

According to Washington-based attorney Chris Horner, who worked with Energy Policy Advocates on public records requests into the State Impact Center's activities, the group's self-declared "nonpartisan" label is a smokescreen allowing it to pursue ideologically motivated, "progressive" goals with SAAGs he labeled "mercenaries."

"Nonpartisan, in that you need just promise to use the mercenaries to advance 'progressive' climate legal positions," he said. "So, partisan? Perish the thought. It's merely ideological."

'It turns out that our first Bloomberg Fellow... was a student of yours at Harvard... Do you know anyone 5-10 years out of school who would be interested in saving the planet from the predations of [Trump EPA Chief] Scott Pruitt and [Trump Interior Secretary] Ryan Zinke?'

Additionally, Maryland Attorney General Brian Frosh, who was one of the most involved AGs during the program's early stages and was communicating regularly with State Impact Center officials beginning in July 2017, explicitly said he was using his State Impact Center attorneys -- whom he referred to as "Bloomberg Fellow[s]" -- to battle the Trump administration.

"It turns out that our first Bloomberg Fellow, Josh Segal, was a student of yours at Harvard. He's a big fan," Frosh wrote in a January 2018 email to Heather Gerken, now a Yale Law School professor. "We are looking to fill a second position... Do you know anyone 5-10 years out of school who would be interested in saving the planet from the predations of [Trump EPA Chief] Scott Pruitt and [Trump Interior Secretary] Ryan Zinke?"

Morrisey said that the fact Bloomberg is now running for president makes the program even more suspect.

"It’s also very clear that this is being used to attack the presidency of Donald Trump," he said. "And that raises other questions when the benefactor of this organization is running against the president."

And Bloomberg Philanthropies' involvement with the activities of the State Impact Center's attorneys and their respective AG offices goes beyond just cutting a check.

Although the program attorneys technically report to the attorney general that they work for, they are still employees of NYU for the two-year term they are on loan. In turn, NYU's State Impact Center provided biweekly reports on its activities and the activities of its SAAGs to Bloomberg's foundation through Daniel Firger, who until 2019 was a member of the Environment Program at Bloomberg Philanthropies.

A Dec. 1, 2017, email from Hayes to other members of the State Impact Center advisory council noted that they should "keep these reports on a close hold basis; they are not appropriate for public circulation."

'Imagine if the shoe was on the other foot and if the Republican AGs were saying that ExxonMobil was going to be paying for 25 full-time lawyers to be working out of the office ... Why is that any different? The reality is it’s not.'

Additionally, one of the members of the State Impact Center's advisory council is Jeremiah Bauman, a program officer for the environment team at Bloomberg Philanthropies.

As an example of the cases these SAAGs are working on, Frosh filed a brief in federal court supporting a suit brought by the city of Baltimore against B.P. and a gaggle of other fossil fuel companies. The suit sought monetary damages from those companies for pollution and climate change issues allegedly caused by the companies.

Frosh's brief, which several other states involved in the State Impact Center's program joined, lists as counsel on the brief Frosh's first "Bloomberg Fellow," Segal, and one other SAAG for Maryland.

Segal also appears on a petition by several states filed late last month against a rollback of an EPA Chemical Accident Safety Rule.

"Imagine if the shoe was on the other foot and if the Republican AGs were saying that ExxonMobil was going to be paying for 25 full-time lawyers to be working out of the office?" Morrisey asked "They’d be paying for them, they’d have to report back to them and talk about what their agenda is. I mean people would go crazy over that concept. Why is that any different? The reality is it’s not."

In a statement for this report, the State Impact Center did not address questions about its relationship with Bloomberg or its funding but emphasized its position that it is nonpartisan.

"The nonpartisan State Energy & Environmental Impact Center at the NYU School of Law brings academic rigor and independence to its mission of supporting state attorneys general who are protecting existing environmental regulations, addressing climate change and respecting the law," it said. "The Center also provides legal assistance to interested AGs and serves as a centralized public source of information for ongoing AG initiatives to enhance the public’s understanding of the importance of the clean energy, climate change and environmental matters that attorneys general are pursuing."

A request for comment to the Bloomberg campaign was forwarded to Bloomberg Philanthropies, whose spokesperson stood by their support of the State Impact Center -- saying that attorneys general are benefitting from NYU's help fighting "unprecedented rollbacks of fundamental health and environmental protections."

Their statement said: "Bloomberg Philanthropies is proud to support the NYU School of Law, which provides legal, analytical and communications support to state attorneys generals' offices across the country through its NYU Law Fellow program. Funding from Bloomberg Philanthropies helped launch the NYU School of Law - State Energy & Environmental Impact Center, which is dedicated to helping state attorneys general fight regulatory rollbacks and other actions that undermine clean energy initiatives, efforts to combat climate change, and environmental protections. Attorneys general across the country have benefited enormously from this support as they have faced unprecedented rollbacks of fundamental health and environmental protections."

Frosh's office did not respond to requests for comment.

Critics like Horner and Morrisey maintain that such private influence at the top of state law enforcement is something Americans should be very concerned about.

"This is absolute outsourcing of law enforcement," Horner said. "Amid all the handwringing over Bill Barr, if you want to talk about weaponizing law enforcement, consider what Bloomberg would do, with the roadmap of what he's already done."