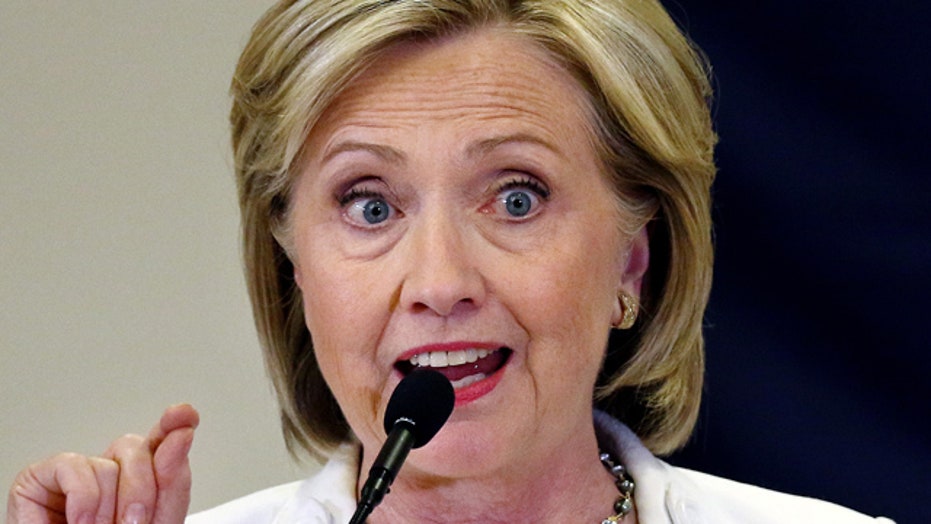 State Department spokesman Mark Toner said the emails in question were "subsequently upgraded" to classified. He stressed that none of the emails was considered classified at the time.

However, the sheer number of emails that have been redacted stands as the latest example of how much sensitive material was contained in Clinton's email transactions. The FBI is conducting an investigation into whether classified information that passed through Clinton's so-called "homebrew" server was mishandled. Clinton, the Democratic presidential front-runner, has repeatedly denied any wrongdoing.

The emails with redacted sections discussed global issues in countries from Haiti to China to Sudan.

One April 2010 email from Clinton's top aide Huma Abedin containing a report from then-ambassador to China Jon Huntsman was redacted entirely, while a message from that September about "calls" Clinton said she was willing to make regarding trilateral talks over Sudan was likewise blacked out.

Other classified emails contain discussions about a potential presidential election in Haiti, meetings between U.S. and Cuban officials regarding aid to Haiti in the aftermath of a devastating earthquake in that country, discussions of a conversation between the Russian and American ambassadors to the United Nations, and elections for the presidency of the International Development Bank,

In all, the State Department said that 7,121 pages of emails from the former secretary of state's personal email server had been made public -- the largest such release to date.

"We're producing more documents this month than we have produced in the previous three releases," Toner had said earlier Monday.

The department has repeatedly clashed with the intelligence community inspector general (ICIG) over which information in Clinton's emails was classified at the time it was sent. ICIG Charles McCullough has told members of Congress that hundreds of classified or potentially classified messages existed on the server.

Toner said Monday that the latest release means the department will have produced more than 25 percent of the full set of Clinton emails, exceeding a court-ordered target. This comes after the department last month fell short of the court-ordered goal. In that release, emails showed the government censored passages to protect national security at least 64 times in 37 messages, including instances when the same information was blacked-out multiple times.

Department officials say all the censored information in the latest group of emails is classified at the "confidential" level, not at the higher "top secret" or compartmentalized, the officials said.

At Monday's briefing, Toner also would not say whether Clinton broke internal department rules for handling correspondence with foreign governments.

Fox News' Catherine Herridge and Lucas Tomlinson and The Associated Press contributed to this report.