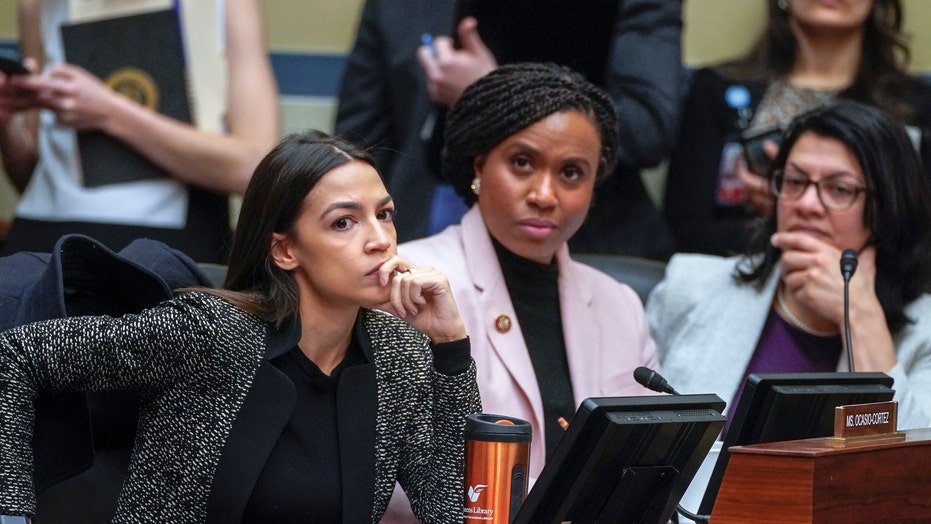 In the video, which was published on The Root to mark the amendment's 43rd anniversary, Pressley and Ocasio-Cortez enthusiastically back the Equal Access to Abortion Coverage in Health Insurance Act (EACH Woman Act), a bill authored by Lee that would repeal Hyde. The bill has racked up 169 co-sponsors since its introduction in March.

The Hyde Amendment was "an egregious policy rider," Pressley said, "which does not allow Medicaid to include abortion coverage."

Hyde, which bans any federal money from paying for abortion except in cases of rape and incest, was introduced in 1976 by Illinois Rep. Henry Hyde. Democrats and Republicans have voted to keep the amendment in effect through the years, notably this June when the House passed a spending bill to which a Hyde Amendment reauthorization was attached.

Some Democrats and most Republicans disagree with Lee, Pressley and Ocasio-Cortez.

"The Hyde Amendment was historically a great compromise between pro-choicers and pro-lifers," conservative commentator Meghan McCain said on "The View" in June, soon after Democratic presidential contender Joe Biden reneged on his longtime support for the Hyde Amendment. "I feel slighted as someone who was open to him being president, and I think that it’s a dangerous lane for him to take to go super far left."

"I was a staffer in 1977 to the late, great feminist congressman Ron Dellums," Lee said in the video for The Root. "I knew exactly what this would do, and that would be to deny low-income women and women of color access to the full range of reproductive rights, including abortion."

Later in the video, Ocasio-Cortez said the trio's effort to repeal Hyde was a defense of Roe v. Wade and women's right to abortion.