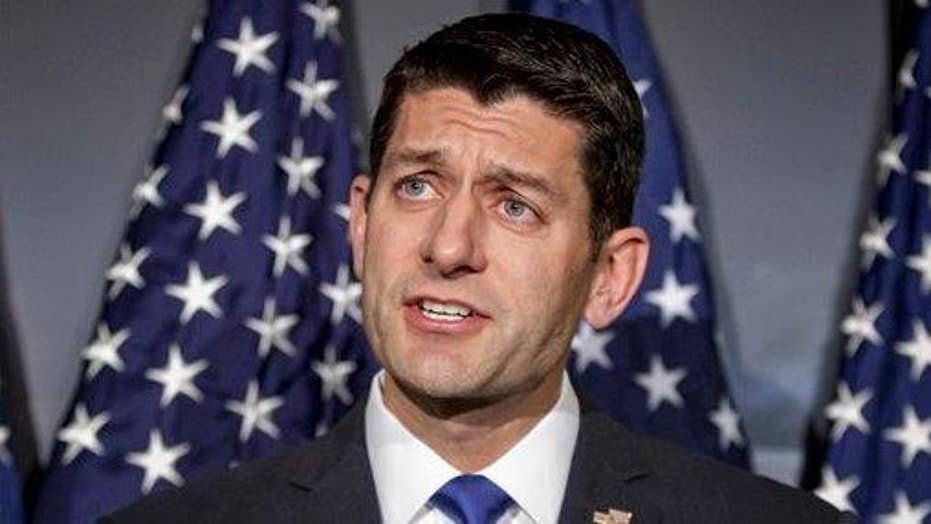 Many commentators will declare that House Speaker Paul Ryan, R-Wis., uttered a “Shermanesque” pledge Tuesday to rebuke those who would court him for the Republican presidential nomination.

In his remarks, Ryan said, “let me be clear: I do not want, nor will I accept the nomination for our party.”

The term “Shermanesque” is derived from American politics in the late 19th century.

There was an effort to draft Civil War General William Tecumseh Sherman to run for president in 1884. Sherman didn’t, famously snubbing his suitors by saying “I will not accept if nominated and will not serve if elected.”

Hence the origin of a “Shermanesque pledge.”

Shortly after the Civil War, Sherman also indicated he had no interest in running for president. At that point, Sherman said “I hereby state, and mean all that I say, that I never have been and never will be a candidate for President; that if nominated by either party, I should peremptorily decline; and even if unanimously elected I should decline to to serve.”

President Lyndon Johnson bowed out of re-election in 1968, saying “I shall not seek, and I will not accept, the nomination of my party for another term as your president.”

Richard Nixon also had something of a “Shermanesque” statement in November, 1962. He lost the California gubernatorial contest to Democratic Gov. Pat Brown. Nixon famously said to the press, “you don't have Nixon to kick around anymore, because, gentlemen, this is my last press conference.”

But Nixon came back and won the GOP Presidential nomination and won the presidency in 1968.