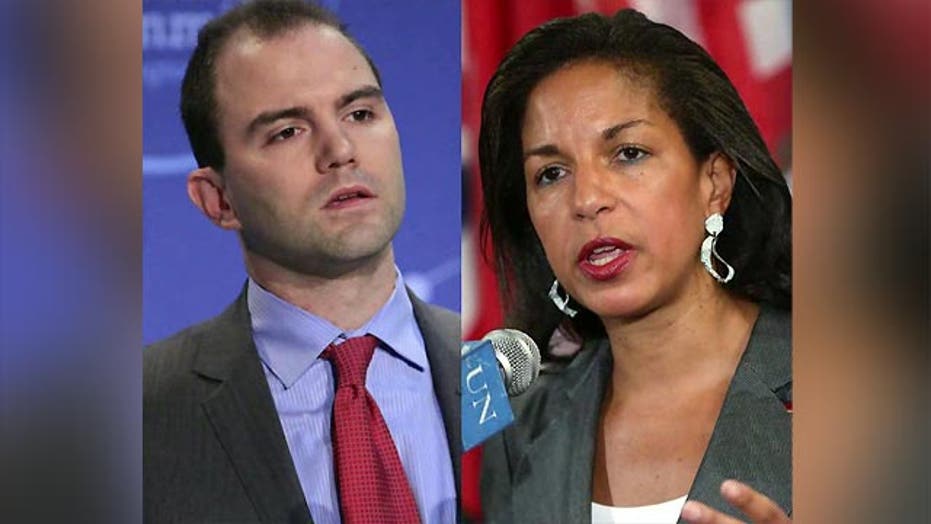 A targeting memo sent to the State Department by the Defense Department’s Africa Command two days after the Benghazi attack listed 11 suspects with ties to Al Qaeda and other groups, counter-terrorism and congressional sources confirmed to Fox News.

This is significant because it arrived two days before then-UN ambassador Susan Rice appeared on television shows blaming the assault on an inflammatory video. It also came nearly a day before presidential aide Ben Rhodes sent an email also suggesting the video – and not a policy failure – was to blame for the Sep, 11, 2012 attack that claimed four American lives.

The memo, which was referred to in passing during recent congressional testimony, was drawn up by the Defense Department's Africa command, known as Africom, and was sent to the State Department as the best available intelligence in the early morning hours of September 14, 2012.

It included the names of 11 suspects, four connected to the Al Qaeda affiliate in North Africa known as AQIM, and seven connected to Ansar al-Sharia, a group with ties to the terrorist network.

"They knew from the get-go that Al Qaeda was involved in the attack so the idea that the Obama administration didn't know that early on or they suspected it was something else entirely basically is willful blindness,"said counter-terrorism analyst Thomas Joscelyn of the Foundation for the Defense of Democracies.

"You have to look at the facts and what the intelligence says and that intelligence was clear that known Al Qaeda personalities were involved in this attack."

In her new book, “Hard Choices,” then-Secretary of State Hillary Clinton claimed the administration made new information available as soon as it was received.

"Every step of the way, whenever something new was learned, it was quickly shared with Congress and the American people,” she wrote. “There is a difference between getting something wrong, and committing wrong."

While the contents of the email are stamped classified, an attachment including a flow chart showing the relationship among the suspects, is not classified, according to a leading Republican on the House Government Oversight Committee who has seen the memo and wants the administration to release it.

"This is a document from military intelligence widely distributed to the State Department, the White House, the Pentagon, the intelligence community,"said Rep.Jason Chaffetz, R-Utah.

"This was not buried in the bowels of some email chain. This was a widely distributed document. It demonstrated that Ansar al-Sharia and specifically Al Qaeda were involved in this attack. It should have been something that was put out immediately, not nearly two years after the fact."

The memo was among some 3,000 documents recently released by the State Department to the oversight committee. With the House Speaker establishing a select committee to investigate Benghazi, all documents from the relevant House committee investigations were handed over.

Asked about the memo, State Department spokeswoman Jen Psaki said she was not familiar with it, adding "We described the perpetrators as terrorists from the beginning, we've discussed this fact over and over again of course from the podium and again that hasn't changed."

But a review of the State Department transcripts in the first week after the attack shows then-spokeswoman Victoria Nuland resisted the terrorism description, instead telling reporters on Sep.17, 2012 that the government was still investigating.