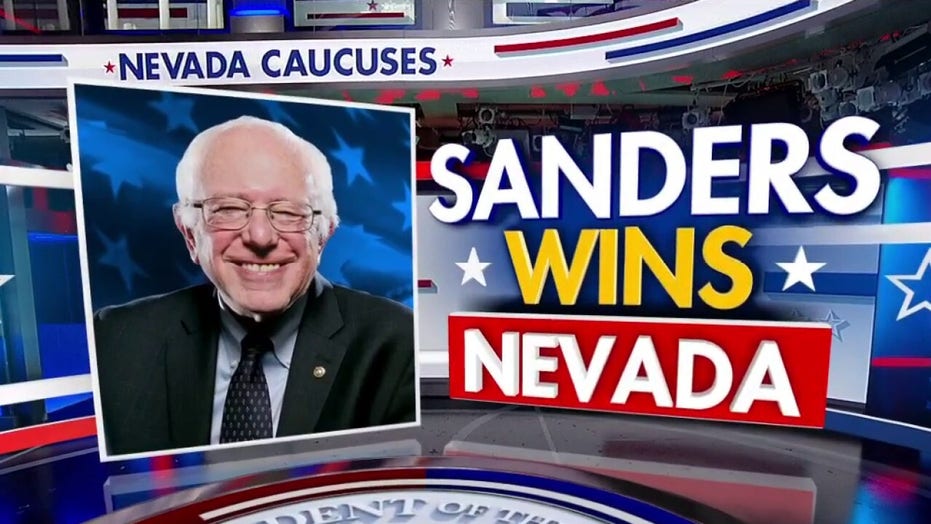 Sanders holds on to lead in 2020 Democratic race; Chris Stirewalt breaks it down.

Some Democrats are freaking out.

They’re freaking out at prospects that Sen. Bernie Sanders, I-Vt., could win the Democratic nomination. They worry about how Sanders matches up against President Trump. They fret that Sanders’s socialism could inhibit his ability to woo swing voters, those in rural areas, the upper Midwest and conservative Democrats generally. They don’t think Sanders can defeat the President if he’s the Democratic standard-bearer.

Sure. Many liberals embrace Sanders. But the concern about Sanders is palpable among freshman Democrats who represent battleground districts or are from swing states. 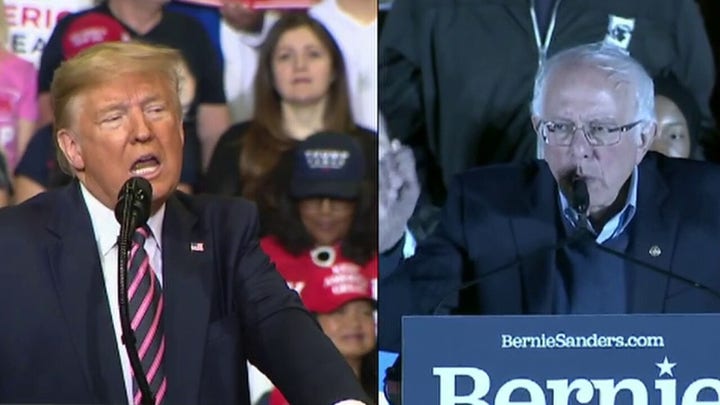 “It’s bad,” said one freshman Democrat from a swing district. “We are having conversations about how to deal with this.”

“If [Sanders] is the nominee, we lose,” said one Democrat.

That lawmaker indicated that a Sanders primary win would cost Democrats their state in the fall. The lawmaker suggested that many voters could leave the top of the ticket blank. Two other vulnerable Democrats indicated that a Sanders nomination would almost certainly cede their states to President Trump, to say nothing of the impact on races down the ballot for Democratic House and Senate candidates. One Democrat said they would try to hyper-focus on local issues to serve as a counterbalance. But the lawmaker conceded it’s hard to compete with the Sanders narrative and the reverberations of impeachment.

“I think that [Sanders] can be challenging in parts of the country that we have to win in order to win the presidency,” said Sen. Michael Bennet, D-Colo., who recently gave up on his own Quixotic presidential bid.

BIDEN VOWS RESURGENCE AFTER SANDERS' WIN IN NEVADA: 'I'M GOING TO TAKE THIS BACK'

What’s unclear is how Democrats are starting to grapple with the Sanders scenario. When asked if Democrats would actively try to block Sanders, or, would try to “spin” things in such a way to remain viable, lawmakers offered no specifics.

A House Democrat from a swing state who does not represent a competitive district argued it didn’t matter who the Democratic nominee was. This lawmaker said that concern about President Trump was so overwhelming in their state, that voters were willing to support “anyone else” besides the President. Even Sanders.

As the alarm bells sound among some Democrats, other Democratic sources note the party has only allocated a tiny percentage of delegates.

Some Republicans are practically euphoric at the prospects of Sanders nabbing the Democratic nomination. House Minority Leader Kevin McCarthy, R-Calif., took pains to stoke the anxiety which rattles moderate Democrats and independents -- the very voters they try to court. 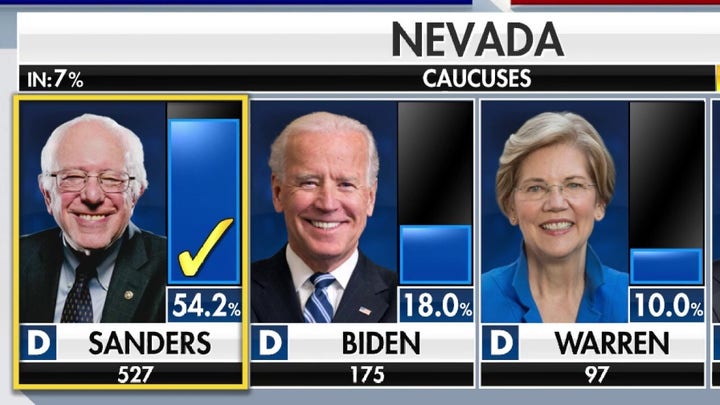 Multiple Democrats who could face challenging races this fall declined to speak on the record about Sanders and what the impacts of impeachment, mean for their candidacies. Fox is told no formal warning went out to vulnerable Democrats to watch what they say to the press, or to avoid the press altogether. But some Democrats approached by Fox and other news organizations were reticent or uncomfortable with the topic.

Two freshmen Democrats who flipped seats from Republican to Democratic control in 2018, Reps. Cindy Axne, D-Iowa, and Lucy McBath, D-Ga., declined to engage a clutch of reporters just off the House floor. An aggressive aide for McBath ran interference for the Congresswoman while she waited for an elevator.

“I can hear you say ‘Oh, we’re all in a panic. The establishment Democrats.’ I’m like ‘Is there some establishment that I don’t know about around here?” said Pelosi. “It’s a messy business. But this is so: we’re calm. We’re cool. We’re collected.”

To be sure, President Trump faced a tough field in 2016, squaring off against veterans of the Republican “establishment” before vanquishing them all -- and unexpectedly winning the presidency. Obviously Democrats seek stability in their field. But considering the volatility of the political landscape these days, no one can rule anything out.

Rep. Stephanie Murphy, D-Fla., is one of the most conservative Democrats in the House. She flipped a seat from red to blue in 2016 and is now supporting Michael Bloomberg’s White House bid.

“As people get to know him and see his message..they realize this is our best candidate to beat Donald Trump,” said Murphy. “He’s gaining a lot of momentum and traction.”

The Florida Democrat flagged one of her concerns about Sanders potentially snaring the nomination.

“A Democratic primary which results in a nominee who is not a Democrat is troublesome,” said Murphy of Sanders.

In other words, it’s not only Sanders’s political views that are troublesome. There’s a real question among some Democrats if they should even consider Sanders of their own -- especially if he marshals the Democratic nomination. Vermont’s junior senator has long identified as a socialist. He’s been identified as an “independent” when serving in the House and Senate. However, Sanders has always “caucused” with the Democrats in both the House and Senate.

Still, it’s unclear if Democrats could wrestle with some of the same party identity issues with Bloomberg as they do Sanders. Bloomberg was a Republican from 2001-2007, then became an independent from 2007-2018. He’s now in the Democratic fold.

Former Vice President Joe Biden failed to catch fire. Perhaps this is the “establishment” issue to which Pelosi referred. Still, there are questions as to whether the pursuit of impeachment by Congressional Democrats may have inadvertently undercut Biden. Two months worth of impeachment hearings and a lengthy Senate trial enabled the Trump Administration and Congressional Republicans to take aim at Biden and his son, bringing to light issues with Ukraine and Burisma. The impeachment process produced an exhaustive conversation about the Bidens and Ukraine -- one which may have triggered unintended consequences for the man many viewed as the Democratic frontrunner.

When asked if questions about Ukraine subconsciously seeped into the minds of Democratic voters, Ocasio-Cortez replied “I’m not entirely sure of that” before adding “Joe Biden has struggled in primaries before.”

And that is part of the freakout.

Democrats appear increasingly skeptical that Biden could beat the President. They wring their hands about the viability of Sanders.

It’s little wonder that many Democrats are suddenly gravitating toward Michael Bloomberg.

And that only compounds the freakout.