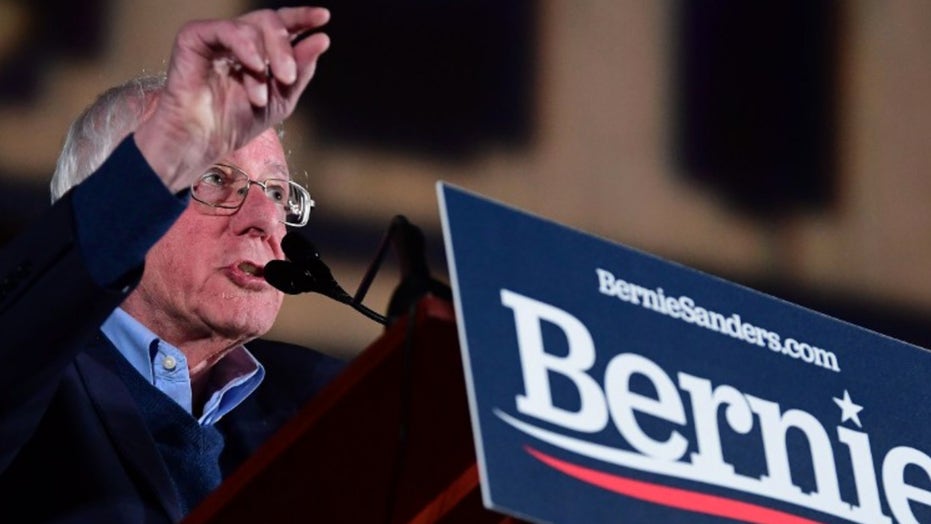 Fox News projects that Sen. Bernie Sanders will win the Nevada caucuses as questions loom whether any other candidate will be able to beat him for the Democratic nomination.

"Looks like Crazy Bernie is doing well in the Great State of Nevada," Trump wrote. "Biden & the rest look weak, & no way Mini Mike can restart his campaign after the worst debate performance in the history of Presidential Debates.

"Congratulations Bernie, & don’t let them take it away from you!" he added.

Trump followed up with a second tweet, quoting Fox News' Jon Scott about a report that showed Sanders having strong support from within the Kremlin.

"The Kremlin is reportedly backing Bernie Sanders bid to win the White House.” Jon Scott @FoxNews," the president wrote. "Why didn’t somebody tell me this?"

The Washington Post first reported this week that U.S. officials have determined Moscow is attempting to interfere in the Democratic primary race on Sanders' behalf.

“I don't care, frankly, who [Russian President Vladimir] Putin wants to be president,” Sanders later said in a statement. “My message to Putin is clear: stay out of American elections, and as president I will make sure that you do.”

As of Saturday evening, Sanders led the other 2020 presidential candidates with 53.84 percent of the vote in the Nevada caucuses. Joe Biden was in a distant second with a little over 17 percent, and Sen. Elizabeth Warren, D-Mass., sat in third place with just over 10 percent at the time of publication.