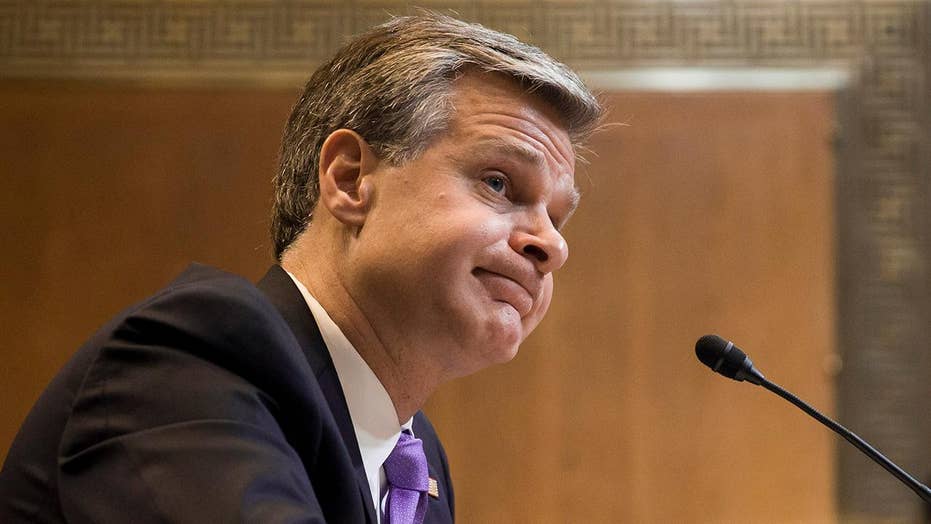 Christopher Wray on if the FBI engages in spying: 'That's not the term I would use'

FBI Director Christopher Wray, testifying to Congress Tuesday, said that he would not describe the bureau's traditional surveillance as “spying” -- indicating a possible split with Attorney General William Barr on his controversial use of the term to describe intelligence-gathering during the Russia probe.

“That’s not the term I would use,” Wray told lawmakers on the Senate Appropriations Committee when asked if FBI agents engage in "spying" when they follow FBI policies and procedures. “Lots of people have different colloquial phrases. I believe that the FBI is engaged in investigative activity, and part of investigative activity includes surveillance activity of different shapes and sizes, and to me the key question is making sure that it's done by the book, consistent with our lawful authorities.”

Both Barr and President Trump have alleged, in the wake of Special Counsel Robert Mueller’s Russia report, that the bureau engaged in spying against Trump associates during the 2016 presidential campaign.

"I think spying did occur," Barr said in a hearing last month. "The question is whether it was adequately predicated. …Spying on a political campaign is a big deal."

DOJ Inspector General Michael Horowitz is currently looking into the origins of the Russia probe and if any surveillance abuses occurred, but Barr’s remarks were widely criticized by Democrats, with Senate Minority Leader Chuck Schumer, D-N.Y., accusing Barr of “peddling conspiracy theories.” Yet Trump allies note that there is documented evidence that the FBI obtained surveillance warrants to monitor Trump adviser Carter Page and that numerous reports have disclosed the use of an informant and others to gather information during the early days of the probe. 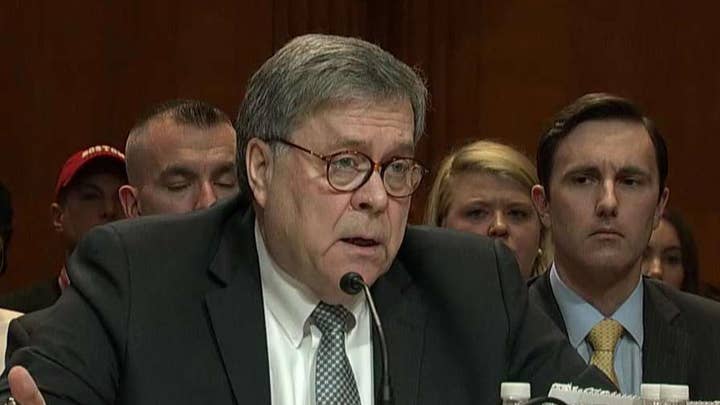 When asked about the controversy surrounding Barr’s remarks, a person familiar with his thinking denied last month that he was trying to fuel conspiracy theories or play to the conservative base.

Wray on Tuesday, when asked directly by Sen. Jeanne Shaheen, D-N.H., whether he believes the FBI spied on the 2016 Trump campaign, deferred to the ongoing investigation by Horowitz.

“I want to be careful about how I answer this question here because there is an ongoing inspector general investigation," he said. “I have my own thoughts based on the limited information I've seen so far but I don’t think it would be right or appropriate to share those at this stage because I really do think it is important for everybody to respect the independent inspector general's investigation, which I think this line of questioning starts to implicate, and I think it's very important for everybody to be able to have full confidence in his review."

He later said that “I don’t think I personally have any evidence” of illegal surveillance into the Trump campaign in the 2016 election, but he said that he has been in “close contact” with Barr about helping him get to bottom of how the Russia investigation began.

Barr testified last week that he's working with Wray to try and "reconstruct" the origins of the probe.