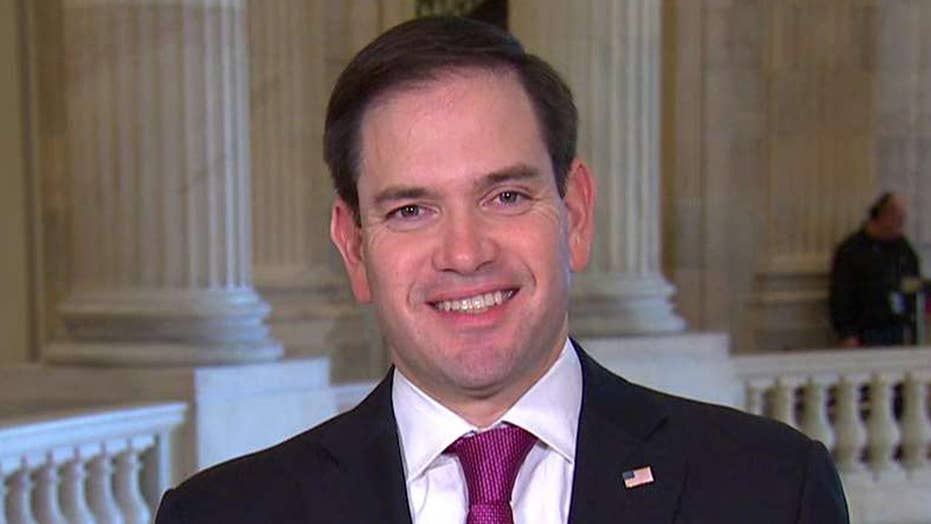 Sen. Marco Rubio, R-Fla., was evicted from his Florida office due to the weekly protests that have occurred outside the building.

Jude Williams, the president of America’s Capital Partners and the owner of the nine-story building in Tampa, notified Rubio’s office on Feb. 1 that it will not renew the lease. He said the rallies have become too disruptive to the other tenants and a costly security expense for the company.

"A professional office building is not a place for that," Williams told the Tampa Bay Times. “I understand their cause, but at the end of the day it was a security concern for us.”

Rubio’s office said it was looking for a new office space. The newspaper reported that Rubio’s lease expired in December and the office has been working on a month-to-month basis. Now, they have until Friday to leave the building and they do not have a new location in place.

"We are actively looking for new office space, and our goal is to remain accessible and continue providing prompt and efficient service to all Floridians," Christina Mandreucci, a Rubio spokeswoman, said in a statement to the Tampa Bay Times.

Several groups who oppose President Trump's agenda have gathered at least once a week at the building, lining up on the sidewalk to wave signs and shout messages.

Rubio's seven statewide offices have been lightning rods for demonstrations. Gatherings in front of the Tampa office have surpassed 150 people.

Williams said several of the building’s 21 tenants have complained about the protests. The demonstrations have blocked entranceways and have workers fearing for their safety.

"It's not political," he added. "It's for no other reason than good office management. Our duty is to keep a good peaceful office building environment for our tenants and that's not what they bargained for."

Rubio has other offices in Orlando, Miami, Jacksonville, Pensacola, Tallahassee and Palm Beach